The history of card games is really rich and diverse. Card games do own a huge part of life for Indians. Be it any generation you can find many who love the card games and those who love only card games. End of the day it is going to be just the Skill, taking the players across the finish line. Before Smartphones it is so obvious that people in India, people had cards in their hand- cards were their entertainment. Even now, in the online gaming era, you can’t find a gamer missing out chances to play card games. 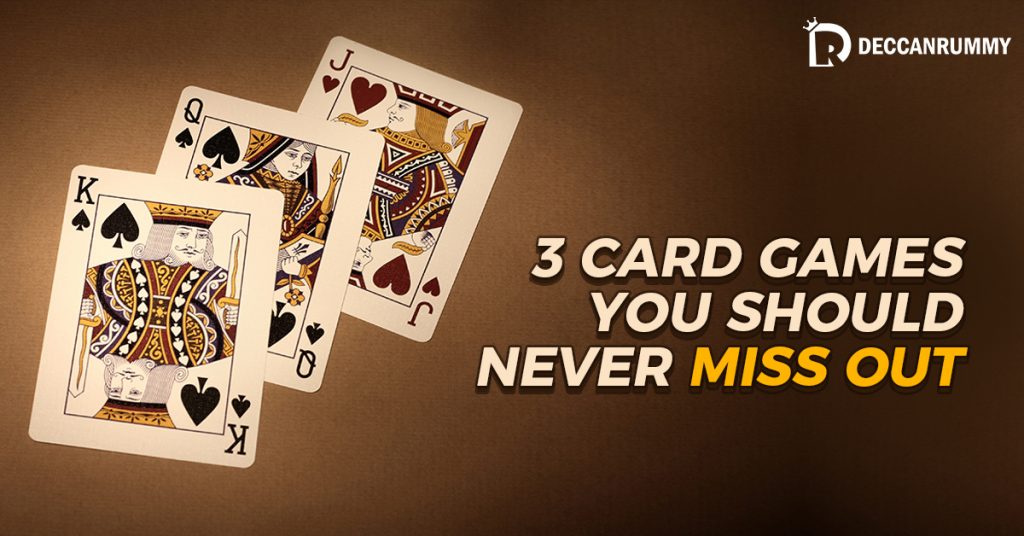 Let’s look at some of the best and popular card games you can enjoy playing.

Poker does share the tag of being played most along with Rummy in India. The skill players need and the challenge in the game make it more loving. The American Card Game has a great following in India. The game now is available on the online gaming platform with a great opportunity to make money. Started playing from 1820 on the gambling boats in River Mississippi, the game is one among the top games played at the global level. The game had a rousing welcome when ESPN telecasted the World Series of Poker in 2000.

The biggest market in the Indian Gaming industry is Online Rummy. The game is so much simple and very much interesting. Melding is the basic objective in the game. It is a Draw and Discard card game. The origination of Rummy is not so clear. The game of Rummy has 3 variants – Points, Deals and Pool Rummy. The different formats of the game are making the game very much interesting. In India, the game has a great connection with the peoples’ traditional lifestyle. Even now you can see families playing the game in Indian homes. Online Rummy has turned to be the best to make money in an online platform.

Solitaire, the first card game available on PC’s- the game had its early entry into the smart world by entering Windows. Matching the suits is what the gamers have to do.  The game is also called as patience or cabale. The game is played by one and was started playing from the end of the 18th century along the Baltic region of Europe. Solitaire can also be played against players with certain specific scoring schemes.