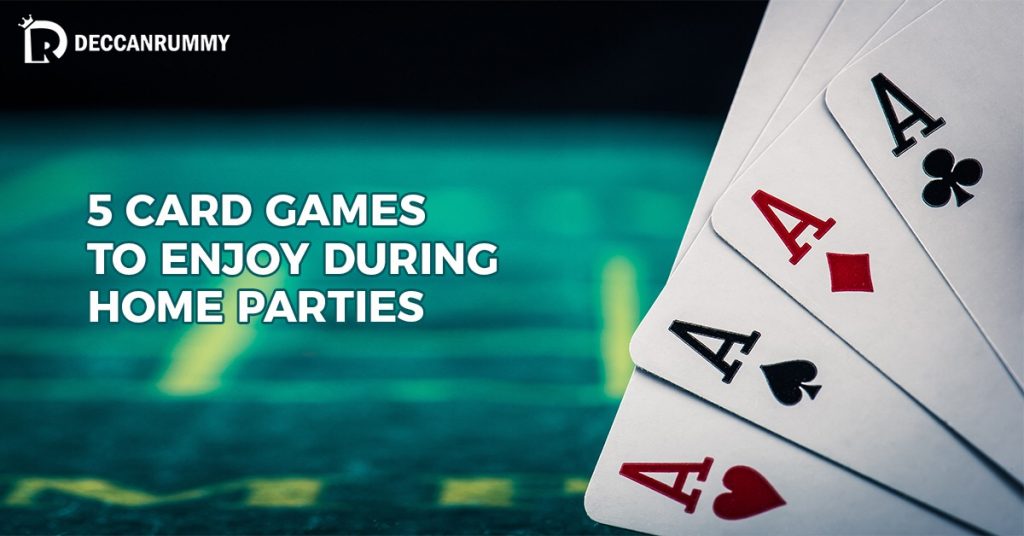 Poker has been a hit in Hollywood but is slowly pacing up in our country over the years. It is now one of the most popular and played games in India. Poker is a definite schedule in house parties in western countries, and people in our society have started to like this practice. In this game, a deck of cards is used, and people raise bets on the cards received. The game is proven to build a better relationship with people. It is very easy to play the game with materials like how to play poker on the internet.

The game is one big among the 90s kids. Solitaire started building its fan base right from the moment it was available on PCs. As time passed by and technologies started changing, there were a lot of colour factors involved in the game. If the meet turning to be a boring one, don’t worry; Solitaire can turn things upside down.

Rummy is the biggest on the list! One of the oldest games on Indian soil; even though Rummy isn’t ours, we have made it ours. The game is definitely a known one among our people. Hence no kind of extra effort would be needed. The atmosphere in your house party is going to be an absolutely awesome one. Even if the game is a new one, Rummy rules, Rummy skills on the internet will make things very easy. The popularity of the game is definitely huge with the Mobile rummy apps available.

Famously called India’s poker, Teen Patti is a top card game in our country. The rules of the game are very easy to learn. The excitement is going to be huge when you are going to play it in your house. Your get-together will turn memorable with teen patti. The game also has online mobile apps.

Call break is played with a single card deck and four players. Your late-night party with a five-round call break game will make your guest demand you to host many more meets. Be it your friends or your family; there is for sure an entertainment factor in the game.