Due to the rapid spread of coronavirus, the government has implied lockdown in the country. People are looking out for different sources for entertainment. It’s been so long since people had an undisturbed social movement. Let’s hope, there is a vaccine launched as soon as possible. 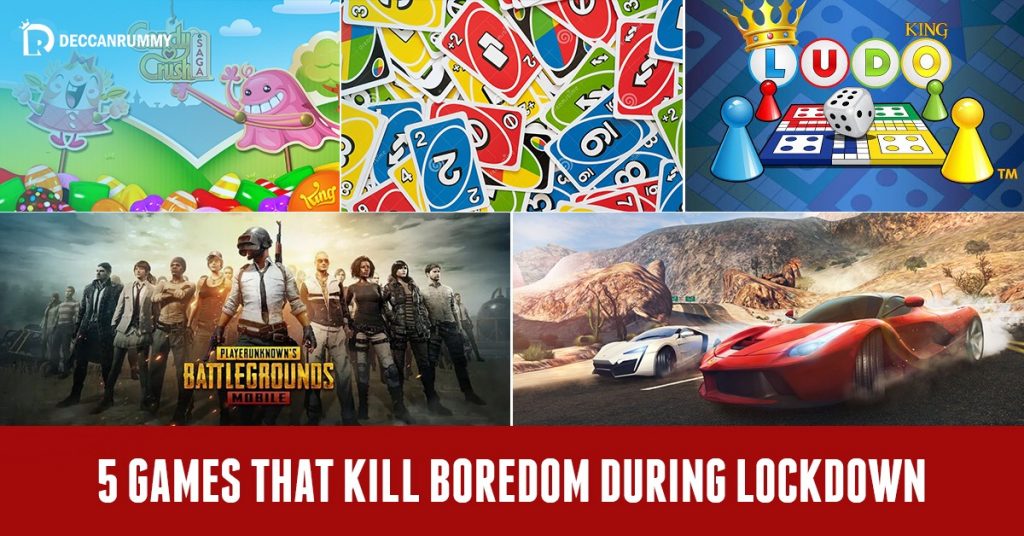 Online games are one of the best source of entertainment during the lockdown. There’s a wide range of options to try out in the online gaming platform. The store has a huge number of options to experience. We are here to recommend you some great options in the store, that can break through your boredom zone.

There are five great options on the list, try them out now.

The game introduced by the King gaming firm has rewritten its past records during the last few months. The firm also has games like Farm Heroes, Pet Rescue and Bubble Witch. But out of all of them, candy crush has a unique and better record. Candy crush is enjoying a global status by being one of the most preferred game by gamers in almost all major countries. Simple gaming techniques, along with tasks, make the game healthy for skill game lovers. The game is very much famous for unending levels – which makes players engage very much with the game.

The game needs no introduction for card game lovers. For those who do not know about the game, UNO mentioned in this article isn’t any sort of organisation, it is a card game. Same like candy crush, uno does own a global status. The game initially was a loved card game in the real world, that extended its journey on the digital platform. The digital platform has a similar setup like the real-life one. But the online platform has made certain changes to spice up the game. Features like 2vs2 multiplayer games, tournaments, room mode have been the top favourites of the players.

The game is now the most mentioned on the internet. Though the game is very simple and easy, people still love the game because of the thrill and unpredictable nature in the game. Ludo King is India’s app, developed in India by Vikash Jaiswal- and also now India’s favourite app. The game is on top in both android and iOS platforms. The game has different modes like single player, multiplayer both online and offline are the reasons for making the game better and best in the online platform.

PUBG- the best of the battle-Royale game till date that people have ever played. The shooting games is one of the best options to play with friends and family. Every aspect of the game is a highlighted feature. Both the audio and video of the game are world-class. Players can interact with other players who are on the field. As this is the last man standing game, players could always feel it so curious every second. The game has seen a massive rise in the game’s revenue globally.

If you are looking out for a classy race game, then Asphalt is your destination. The graphics are greats, and there are many new features, like creating clubs to compete with friends. The technical content of the game is totally high-hand. There are leaderboard features with which you can compete with your friends and family. The game is totally free, which makes a player spend more time.

Just like the above-mentioned games, there’s another game that can give you a great time. Rummy is the game. There are many forms in the country hosting the game 24*7. Download mobile rummy app to kickstart a great journey.