Card games have been part of Indian culture for ages. We have grown up playing card games like Classic Rummy and Teen Patti. In fact, card games are regular during Indian festivals and family get-togethers. Card games are thought out to be a good mental workout and they are known for their ability to reduce stress and lift up our moods.

In a standard card deck that has 52 cards, the Ace card plays a very important value. There are 4 Ace cards belonging to four different suits in a 52 deck card pack. The ace card has varying values according to the nature of the game. 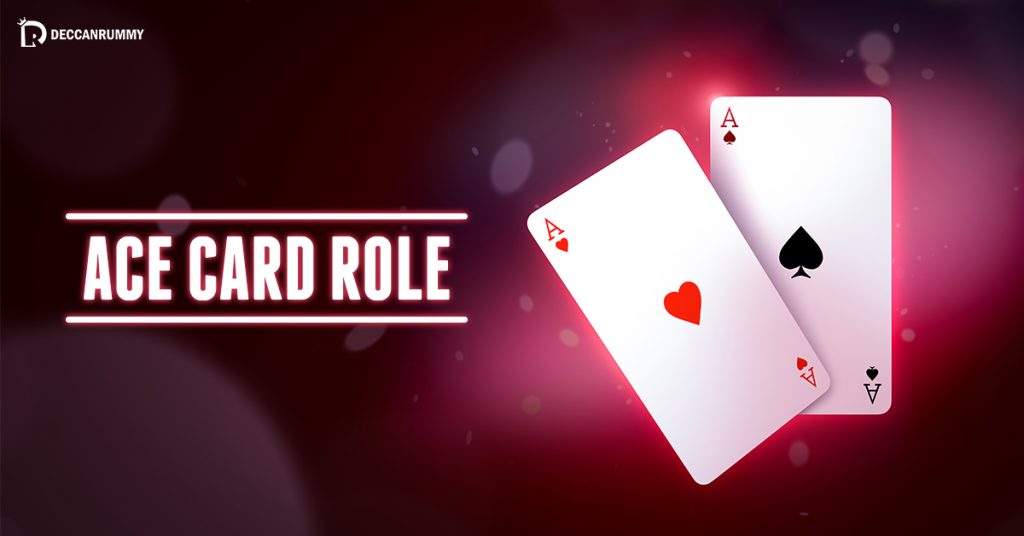 Ace stands for desire. Ace of Spade is considered as the most spiritual card in the deck. It is a card that represents transformation.  Ace of the spade is also colloquially referred to as the death card. As the spade depicted refers to a type of shovel that is used to dig a grave. There are tales where Ace of spades was considered a harbinger of death.

The value of the Ace card depends on the game. There are games where Ace card assumes high value like Trappola, Pinochet, and Sixty-six. Whereas in games like Poker and 13 card Rummy, players get to choose whether the ace card is used as high or low.

Rummy is an interesting card game that the 2-6 group of players can enjoy. Each player is dealt 13 cards and they have to arrange them into proper sequences and sets with a successful declare requiring 2 sequences including a pure sequence. The first player to reach the objective is declared as the winner. Players can use joker cards (both the printed jokers and wild jokers) to meet the objective.

Depending on the game, the Ace card assumes the position of low or a high card. By low, we mean that Ace card will assume the role of 1 and combine with 2 and 3 to form a pure sequence. A-2-3 is an example of a straight sequence. By high, we mean that card assumes the topmost position, one above King card. The ace card has a value of 10 points in most rummy online sites.

In certain games as per round the table rule, K-A-2 shall also be considered as a valid sequence. In such a case, the player has to fix the score right at the beginning.

How the Score of Ace is calculated

Scoring is done depending on the way Ace is used in a game. If it’s a high card that combines with the likes of King and Queen, then Ace card carries 10 Points. On the other hand, if it is used as a low card in a substitute of 1, the card carries 1 point just as its rank indicates. If round the corner rule is agreed upon by the user, the value of the Ace card should be fixed right at the beginning.

Discover the thrill of rummy in its truest form by downloading our rummy mobile App for free. Whether you are using an Android device or iOS device, our app is available for both the versions. Download our Mobile app and avail exclusive benefits like app-only exclusive bonuses, tournaments, fast withdrawals, and 24/7 customer support.