The gaming scene in India has completely been revolutionized since the arrival of Online and digital technology. You must be living under the rock for years if you have not heard about the online gaming industry. Offline games have taken a backseat since the arrival of online gaming and more and more people are jumping into the rummy bandwagon. Of all the categories of online gaming, nothing is exciting as much as card gaming. However, the mention of card games evokes mixed response from gaming enthusiasts. A lot of people equate card gaming with gambling. Not every card game involves gambling. The knowledgeable lot knows to make a distinction. 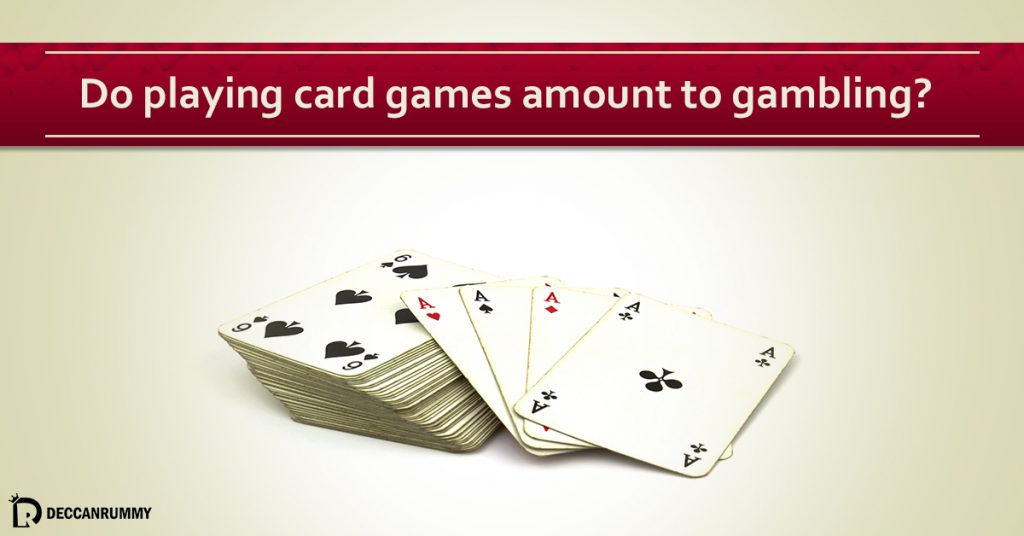 Games like Indian Rummy game, Online Poker are skill games. In these games, the outcome largely relies on players’ mental skills leaving little scope for the chance to play the deciding factor.

According to the Supreme Court, games, where skills outweigh the element of chance, are quintessentially skill games and they do not come under the ambit of gaming.

Quoting a Supreme Court Judgement for reference “Gambling in a nut-shell is payment of a price for a chance to win a prize. Games may be of chance, or of skill or of skill and chance combined. A game of chance is determined entirely or in part by lot or mere luck. The throw of the dice, the turning of the wheel, the shuffling of the cards, are all modes of chance. In these games, the result is wholly uncertain and doubtful. No human mind knows or can know what it will be until the dices are thrown, the wheel stops its revolution or the dealer has dealt with the cards. A game of skill, on the other hand – although the element of chance necessarily cannot be entirely eliminated – is one in which success depends principally upon the superior knowledge, training, attention, experience, and adroitness of the player. Golf, chess, and even Rummy are considered to be games of skill.”

We can clearly note that the mental dexterity of the players influences the outcome more than the chance for a game like rummy or poker. That’s the reason, a lot of rummy sites have sprung up giving users plenty of options to choose from. Playing rummy online with stakes involved is completely legal.

If you are playing a game against a bot or a house, there are high chances that luck plays a major role. On the other hand, in a game like rummy, you are pitted against live players. Players absorb rummy rules, learn and deploy various rummy tips to beat their opponents. This should explain why rummy is incredibly popular of all card games.

Playing a game where the outcome predominantly relies on chances constitute gambling. However, in a rummy game, players use various spatial and cognitive skills, in order to secure a victory. Despite the element of chance playing a role, players’ skills easily overhaul them.

If the outcome of the game is dependent on chance like dice games or roulette, then we can brand the game as non-skill games. Betting on such games certainly amounts to gambling. In a skill game, you are thoroughly in control of the game from the beginning. Even if you don’t have luck working in your way, you can certainly win the game with your skills.

Despite the myth that all card games are gambling being widespread, it hasn’t stopped people from pursuing online card games. Playing skill-based card games for cash and gambling are poles apart. Playing rummy games for cash is certainly legal and does not come under the purview of gambling. With so many rummy game download options available in PlayStore and AppStore for your Android apk and iOS phones, you can always take a seat anytime from anywhere and start playing.