Online games are a much sought after mode of entertainment these days. Because of its extraordinary entertainment value and rich money-making opportunity, the number of players choosing to play in this avenue has increased by leaps and bounds. And online card games play a special role in this section. If you are someone who likes to play card games for entertainment and fun, there are ample numbers of card games that are available in millions of sites offering card games. The best aspect of playing these games is that these games can be enjoyed playing from the comfort of your homes. The sheer thrill of beating your opponents with your skill and logic is what makes people turn towards these card games. 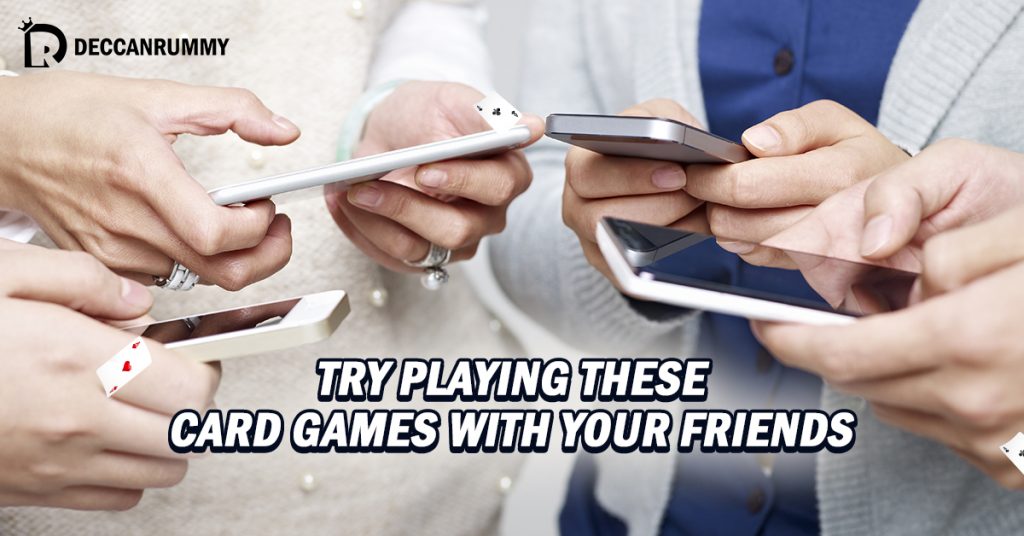 All you need is a stable internet connection so that you can enjoy playing these games from your desktops, laptops, or even mobiles. Now the marketplace is flooded with many card games, and choosing the best among them is a difficult feat. In this post, we are helping you with the most popular card games that have captured the imagination of gamers all around the world. These games are not only intriguing enough to play with your friends but also allow you to win cash online.

Poker continues to be the most popular card game in the world. Because of the gambling element involved, a lot of players are captivated by the thrill element involved in it. Thanks to the booming technology, now the game is available to play online. While the basics of the game remain the same, there are various skills that a player needs to acquire to succeed while playing the game online. Online poker allows you the luxury of playing the game from the comfort of your homes and also an opportunity to compete against millions of other poker enthusiasts all around the globe. Most importantly, huge stakes are riding on online poker, thus adding an extra appeal to the players. Many poker sites offer free poker apps for your Android and iOS devices, giving you the comfort of playing poker on the move anytime, anywhere.

Teen Patti also called flash, is a traditional Indian card game. The game is extremely popular in the Indian subcontinent. The game has been around for years and has a history of being played with family and friends during Indian festivals. Teenpatti is India’s own spin on 3 card poker and is similar to 3 card brag that is one of the popular card games in the UK. The objective of Teen Patti is to have the best 3-card hand and to maximize the pot before the final show. Because of the increasing popularity of the game, several gaming platforms have introduced this game, which is providing the players the great opportunity to play this highly entertaining game and win big cash rewards.

Rummy is one of the popular card game that is fast catching up with poker as the most played card game. The objective of the game is pretty simple. All players are handed 13 cards at the start of the game, which they have to arrange in proper sets and sequences. Because of the simple gameplay and big rewards, lots of players are flocking to various online rummy sites that have popped up in recent times. Just like poker, the rummy game is available to play on your mobiles. The players simply need to select the best rummy mobile app on the market and get started. The game is ideal to be played with a group of friends, and rummy sites offer several referral programs that reward the players in a big way for inviting friends to play.

It’s another card game that is very popular among youngsters, and it is ideal to play with a group of friends. Typically two decks are used in this game. After the card distribution, the game starts by a player throwing up to 4 cards at a time with their face down and claiming them to be a set. The opponents, if they suspect the claim is ingenuine, they can make the player show their cards. If the player’s claim turns out to be true, the opponent who called the bluff must pick up the cards lying on the table. If the player seemed to have faked his claim, then the bluffed player must acquire the cards from the player who called the claim false. At the end of the game, the player with no hand cards wins the game.

Aside from the games mentioned here, there are so many other card games that are entertaining as well as rewarding. These games are increasingly an option for the players who like to have some fabulous past time. Get started with any of these card games and have an intriguing gaming session.