India currently has 560 million internet users. The numbers grew rapidly over the past few years with the penetration of smartphones. The rapid expansion of the internet allowed several internet users to venture into niche domains like Online gaming. As the traditional modes of gaming have taken a beating due to constraints like lack of space and hectic schedules, online gaming industries were able to make huge inroads. According to a report by KPMG, the online gaming industry is projected to hit Rs. 12000 crore mark by 2023 at a staggering CAGR rate of 22.1. 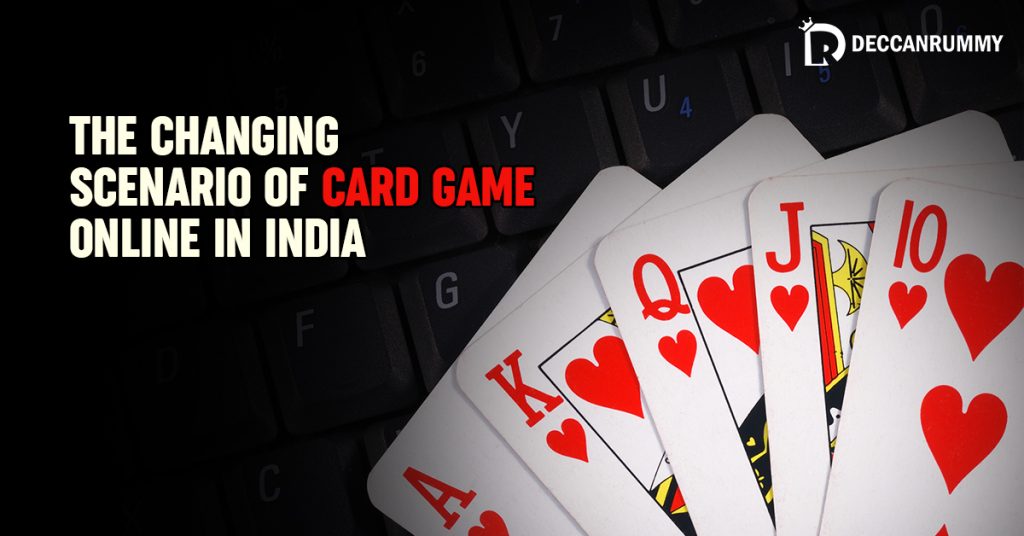 Among the gaming genres which have contributed to this tremendous wave of growth – fantasy games and card games have contributed the most. The card gaming industry is growing at an astounding rate of 40% year. Card game companies apart from being the biggest revenue generator in the gaming sector have also contributed a lot towards employment. A lot of job opportunities are available for budding game creators, game designers, content developers, and marketing professionals in this sector.

There are numerous multiplayer games making waves in this sector, but the most important games that have enchanted the youngsters are rummy online and online poker. Falling under the ambit of online games, online card game sites offering games like rummy and poker have garnered huge popularity and attention among the gamers. This had let to the mushrooming of various online rummy sites which engage their audiences with captivating games and massive giveaways. Supreme Court has firmly declared playing rummy online for stakes is legal as numerous judgement since 1967 have established rummy as a game of skill firmly. This has led to the advent of a number of rummy online sites coming on board and luring customers with exciting giveaways.

The ever growing number of players is indication of the massive popularity the rummy card game attained. Perceived as a mind sport, a lot of youngsters actively enthusiastically participate in the game. Another exciting factor, youngsters turn to online rummy and poker is the monetary benefits associated with it. Rummy apps like Deccan Rummy offer players plenty of opportunities to win real cash and other exciting prizes like paid vacations, smartphones and gift vouchers.

Card game Sites like Deccan Rummy have procured the faith of the players by providing them a fair and clean gaming platform. Deccan Rummy offers skill-based rummy games with a special focus on fair play. Their machine learning and artificial intelligence algorithms prevent any kind of malpractice in the platform and allows player to play and win without any strings attached.

One of the wonderful things about rummy online is the sharp increase in the number of female players.Ensuring the best practices and encryption techniques along with security, the deposits and withdrawals at the site can be done hassle free and player information is absolutely safe all time. Also, they are constantly looking to improve their value offerings by keeping up pace with the latest developments and innovations.

Brimming with nearly 3 million players, the site is a perfect foil for those who seek fun and wish to earn during their free time. The site has recently announced a series of tournaments and offers during these Coronavirus lockdown times.

Contrary to the popular perception that online gaming is a man’s playing ground, card games like rummy and poker have leveled the playing field as the player’s skill is what matters most, thereby eliminating gender disparity. Women poker players like Muskan Sethi and Nikita Luther have achieved international popularity with their card gaming skills. With the rapid increase in the number of players during this period, the industry is all set to flourish further. As India is largest country in terms of youth population and second largest country in terms of number of internet users, online card gaming sites can count on even better days in the future.