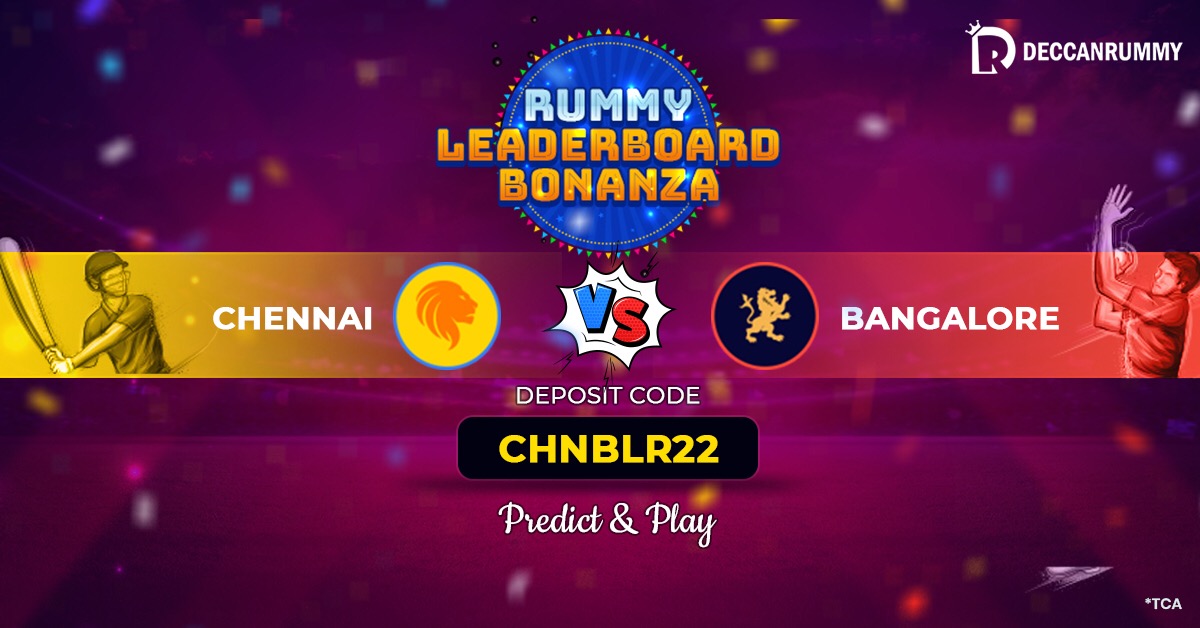 Match 22 will see familiar foes Chennai and Bangalore lock horns one more time. The two teams have had memorable battles in the bygone editions and every encounter has lived up to the expectations of the fans. The match is sure to turn heads as both the teams have some big names featuring in their playing XI.

It was a decade back when Chennai lost four games on the trot. In this edition of the Indian T20 Championship, they are on the brink of exit, should they suffer one more loss. Already languishing at the bottom of the table, the misfiring Chennai‘s campaign has left their hardcore fan base shell-shocked. Neither their batting nor bowling has really clicked, with their star performers coming croppers in the crucial encounters.

On the other hand, the Bangalore side is comfortably placed at the top half of the table. Led by an experienced South African skipper, their team has peaked at the right time with the right combination of veterans and talented youngsters. After losing their opening game against Punjab, the Bangalore side seems to have bridged the gaps in their side and have ruthlessly decimated their opponents in the next three games. Their batting appears strong and their bowlers are also chipping in at regular intervals.

Though Chennai has an upper hand when it comes to overall head-to-head encounters between the two sides with 18 wins compared to Bangalore’s 9 wins, the momentum is with Bangalore at the moment. Chennai’s batting unit needs to be more consistent and they would require their new skipper to think out of the box to overcome this strong Bangalore side.

The pitch assists the bowlers and the batters equally. Fans can expect a thrilling contest between both sides. With dew expected to play a role, toss will play a great role in the outcome.

Just like the thrilling cricket action, there’s some exciting action going on at Deccan Rummy. Yes, we are talking about our Grand Rummy Powerplay.

Grand Rummy Powerplay comprising of Rummy Leaderboard Bonanza and RFL is going great guns and it’s time to slay it big time. Stay ahead of your competitors by holding tight to your positions if you are at the top, or make every effort to leapfrog if you are at the bottom. Keep playing cash rummy games to rake up T20 points and move to the top to have a go at the exciting prizes like Ninja 650, RE Continental GT 650, KTM 250, and lots more

Double the fun and excitement of a cricket match with some rummy tournament action. Be a cricket guru and predict the winner between Chennai and Bangalore and play our RFL tourney tonight at 9 Pm with a low buy-in of Rs. 10. Earn a chance to double up on your winnings for the right prediction!