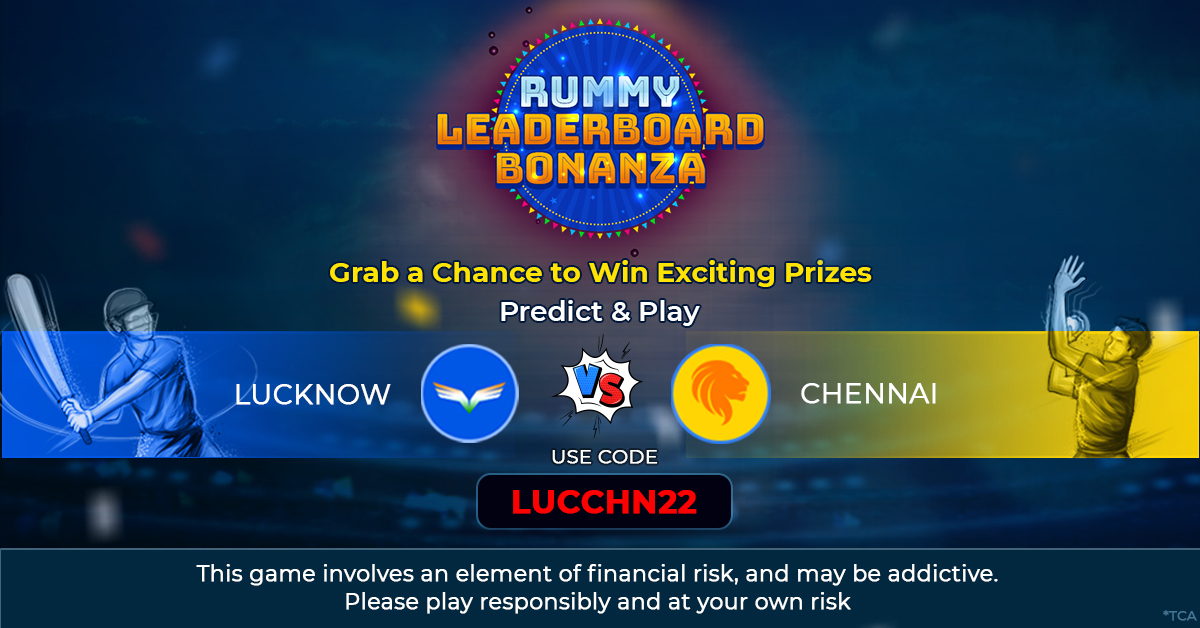 Lucknow will square off against the defending champion Chennai today. Both the teams come from a loss in their previous game against Gujarat and Kolkata respectively.

Though Lucknow had control over most of their last game, they leaked runs at crucial junctures which cost them the game. Their skipper needs to rein in and be proactive when it comes to taking key decisions in the field. Being a new side in the battle with a bunch of new players, it’s always difficult to take on a goliath like Chennai. With a formidable batting side at its disposition, Lucknow would be hoping for a better performance this time around.

Chennai on the other hand always had a reputation of being a slow starter if we go by the league’s history. Their biggest positive has been overcoming odds on the most unfriendly occasions. So, their loss in the opening game was on the expected cards and wouldn’t have hindered their morale much. Slow start & losing early wickets in the game has been plaguing their campaigns for several years. However, being a multiple-time champion side, Chennai would quickly be looking to shake off their early cobwebs and get into the groove.

The pitch for this game is expected to assist the spinners during the middle phase and the dew factor could come into play during the later stages of the game. The advantage for the batsmen is the shorter boundaries on either side. Statistics indicate the chasing side has better winning records on this ground. Searching for that first victory, both teams would go all-in and it is going to be a cracker of a game.

Now comes the real deal. We all are definitely going to enjoy the cricket action. Why not make it more rewarding? Just predict the winner in today’s match and play rummy cash games to increase your chance to feature in the Rummy Leaderboard Bonanza. We know these are very early days to the tournament. Just like how important is a start for a batsman, it is very important for a rummy player to get into the groove of winning right at the beginning, especially in contests like these!

In the meanwhile, do not forget to participate in our RFL tourney today @ 9 PM as well. Just select the winner and play the tourney with a low buy-in of Rs. 10. Grab a chance to double your winnings if your prediction comes true!