Chess and 13-card Indian Rummy are the most popular skill game played across the globe. They may look different, but the main theme of these games are “skill”. The 8*8 black and whiteboard and the 52 card deck game are a great challenge to the human brain. 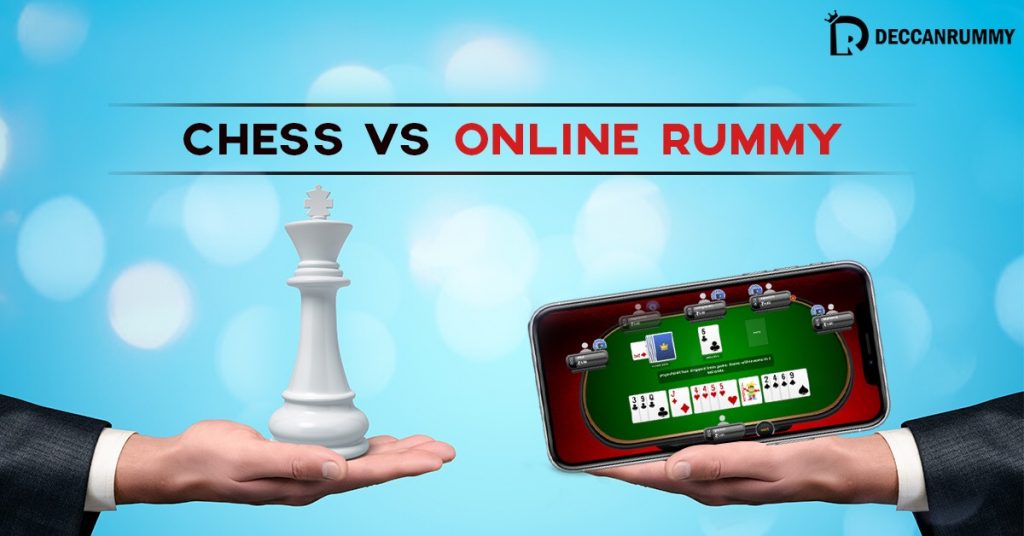 The game of chess is played between 2 players, and there are many coins in the table during the start of the game. In this game, you got to use the coins to arrest the opponent’s king, once you checkmate your opponent’s king. You could view your opponent’s moves all through the game, unlike Rummy you can easily find what your opponent has got. Players don’t need the sign of luck in the game; instead, you need only strategic moves.

In Online Rummy, the game is played between 2 to 6 players with two deck of cards. Each player is dealt with 13 cards and has to make a pure sequence, impure sequence, and sets (if required) and submit to win the game. In the game, you never get to see what your opponents have in hand. Good rummy skill and strategies can take you across the finish line.

Even though the above-mentioned points express that the games are contrary. There are many interesting common features between these two games. Here they are,

Both games expect a great level of skills. Both games are a tasty treat to smart brains. Every move made in these game count, once you fall back your way it is so hard to get back on track. Focus and concentration are the main keys to success. Strong mental minds are the best for the game.

Online Rummy and chess have huge popularity in India. You could find retired people enjoying their time playing these two games. Not just them young minds of India also have the passion for the games. Boys hostel rooms in colleges have either a chessboard or card decks for the evening times to be a great one.

Every coin in a chessboard and every card in the deck has a name. Coins go like – King, Queen, Rooks, Bishops, knights, pawns. The card goes like – Kings, Queen, Jack and other card are called with the face value in the card. Each coin has a unique prescribed move on the board. At the same time, each card in the deck has its own value.

The games need a lot of scribble work from the behind. There’s a lot of practice needed to build on the skill. Really a lot of work has to be done from the behind. Getting into the field without an appropriate skill is quite dangerous. Huge steps with backup is a waste of time.

There are two main colours in both games. Black and white for chess, black and red colour cards in Rummy make the games much attractive. The colours make a perfect combo for the games.