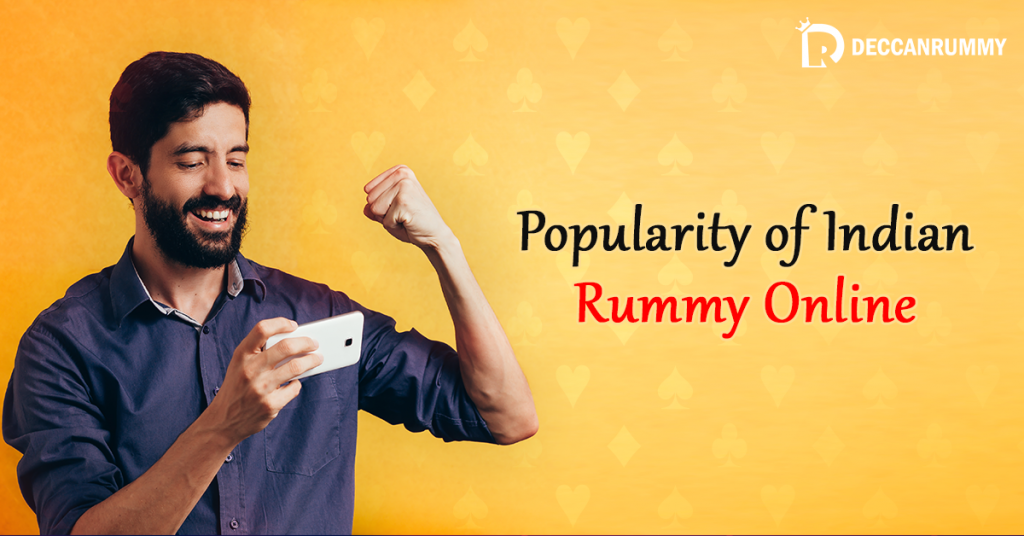 Of late, Rummy games have forayed into various unknown territories and have earned a cult status. The simple game of 13 cards Indian rummy which was largely confined to smaller spaces like family get-togethers, functions went mainstream to the masses in a big way. To top it, exciting variations of 13 cards rummy were developed and soon the game earned a massive following. Some of the popular variants carried by the popular rummy sites are Points Rummy, Deals Rummy, and Pool Rummy. In addition to this, some sites carry a different format of rummy called as Gin Rummy.

Many rummy sites are coming up with exciting offers and promotions for their customers. You no longer have to pester your friends or relatives to join you for a rummy game as there are enough online rummy sites to give you a company.

These rummy variations provide an awesome gaming experience and a great opportunity to win real cash. Some of the variants will help you enhance some key skills to be successful in life like concentration, patience, and virtue. While it is true that mathematical skills are a prerequisite to being a successful rummy player, the good news is that newbies can become successful with a few days practice. There are lots of materials and documents on our site about rummy rules, skills, and strategies required to be a successful player in Rummy.  Players can choose the format he wants to play based on his liking. In this article, we shall discuss the merits of each rummy variation.

Deals rummy is an exciting variant where the number of deals (rounds) is pre-decided. Deccan Rummy currently offers 2 player deal and 6 player deals rummy game. Players have to play an entry fee to participate in the game. The player who has the maximum chips at the end of the pre-decided deal would be declared a winner.  If the players falter in the beginning, they don’t have to panic as the format allows them to make amends for their losses through the subsequent deals. Because of this exhilarating proposition, many rummy enthusiasts prefer this variant. Deals Rummy can be thought of as an equivalent to an ODI in cricket where the game swings back and forth like a crazy pendulum.

Points rummy is considered as the most popular rummy variation because of its quick gameplay.  The game just lasts for one deal where the winner takes all the points of the losing opponents. Points rummy remains as the most preferred rummy variant because it offers a quick way to win real cash.  Monetary value associated with each point is preset at the beginning and the players have to participate in the game with an entry fee. The player who finishes first wins the amount as (sum of points of all opponents) x (monetary value of 1 point). A maximum of 6 players can play points a rummy game in a table.

Pool Rummy is played for a number of pre-decided points (101 or 201 as followed by Deccan Rummy). Any player who reaches this point in a game is eliminated from the game and the player having least point at the end of the game takes the prize pool. Similar to the other variants, Players have to pay a fixed entry fee to participate in this game. Unlike deals rummy where you play a fixed number of deals, there are no such restrictions in Pool rummy. This game offers plenty of chances for the player to come back even greater than Deals rummy, as there are no limits to the number of rounds. Because of its long and exhaustive gameplay, it is mainly preferred mainly by the puritanical rummy players.

Gin Rummy is considered as one of the most popular forms of rummy. It is played with a deck of 52 cards. No joker cards are allowed. The game is generally played by two players, each receiving ten cards. The objective of the game is to form melds which are 3 or 4 cards of a single rank (6,6,6 for example), or a sequence of three or more cards of consecutive rank in the same suit (6, 7, 8 of hearts). The process of declaring in Gin Rummy is called as Knocking. Players who get 100 or more points are declared as the winner of the game.

Now that you’ve known about the exciting variations of the game, it’s up to you to choose the best format. Deccan Rummy has a barrage of cash games in the Points, Pool & Deals rummy format. So, hit our tables without any hesitation and go for the win!