There is probably umpteen number of conversations that we have every day that has their roots in card games. There are plenty of card games lingo that popped up in our casual conversations. It’s not amusing to see people throw “What’s the big deal” here and there. Some of these catchphrases have made their way into the computer programming world and jargon of various fields that we come across every day.

In this article, we have come up with a list of catchphrases that have been lifted from playing card games and are used on regular occasions. 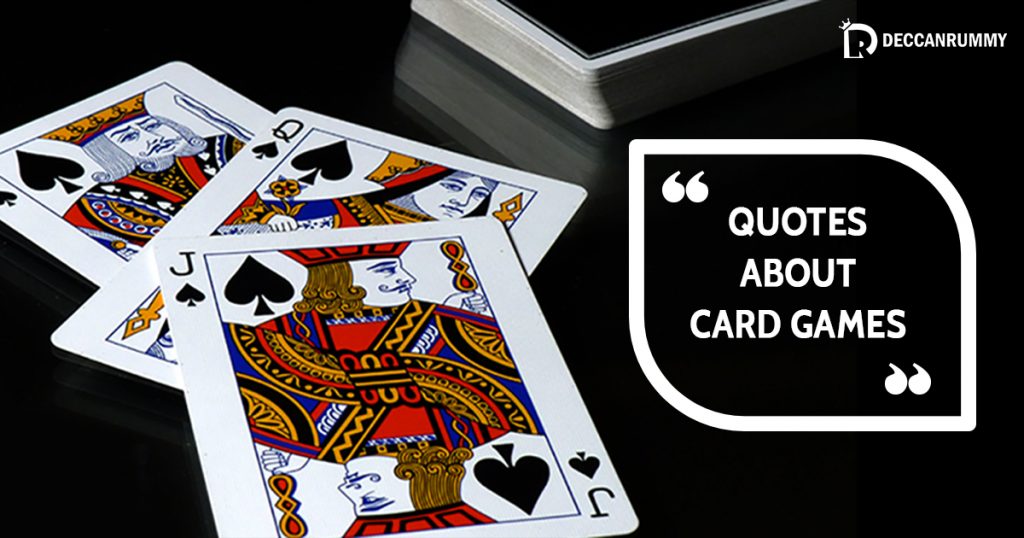 1. Wildcard – What do we call a wild card in card games? A card that can substitute for another card and which can be used to complete the objective. In sports, a wild card comes as a stand-in for the actual player in case of an emergency. You get it right? Any reserve entity that can fill in for an actual entity is called as a wild card and don’t we all use it so often?

2. The cards have been stacked against me – We’ve seen people using this when nothing goes according to their plan or something seems to impede their progress.

3. Jack of all trades, Master of None – It’s a figure of speech which was used mockingly for people who dabble in every field without gaining expertise on any. Nowadays it’s passed as a compliment.

4. Lost in the shuffle – Often used to indicate situations where our efforts are not met with adequate merits nor even get the recognition they receive.

6. Put your cards on the table – Another way of asking people to reveal what their plans are.

7. Call a spade a spade – Speaking bluntly about what we feel about certain things without beating around the bush.

8. Follow suit – Following the examples of actions set by people.

9. Have a card up your sleeve – Having a secret or hidden resource that comes to your advantage on occasions.

10. Play one’s cards right – It is used to refer to make use of the best opportunities that come your way in order to be successful.