The card game Rummy has a very prestigious history. It has been India’s favourite game across decades. The game owns a global identity. Rummy has a major contribution to the gaming industry in many Asian, European, American countries. Every country playing the game has made it clear with accepting the card game as a skill game. Each country has its own variants, special rules. The game is a proven practice that improves one’s mental strength. The game has a very special bond with India and Indians.

The reason behind the game’s popularity is the simplicity of the game. The simplicity doesn’t lose the anxiety in the game. Rummy is very much easy to learn for newbies. The game is even played among families at homes in India. As mentioned earlier, India has its own variants- Points, Deals, Pool rummy. The Indian Rummy is popularly called as the 13- card Indian Rummy. 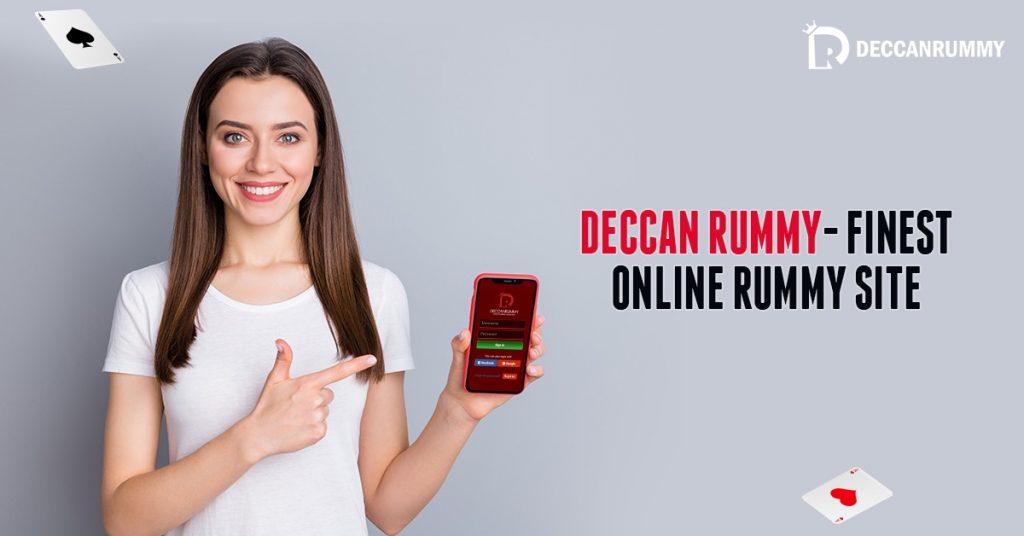 The technology in the country is totally at a new height. Technology has a great impact on each and every sector of the country. The impact was the biggest in the gaming industry. Even the card game Rummy had a great change over when technology met the card game.

Online Rummy was the name. Online Rummy has changed the complete outlook of the card game. Among the increasing popularity of online games, Online Rummy is having a great fan following. Mobile or tab with an internet connection is enough to play the game anytime. There are many online rummy hosts in the country. Deccan Rummy is the finest of them.

There are many millions playing the game in the host. The host is providing the best of gaming experience in the country. The host is also available as mobile rummy apps for android and iOS users. There are different sources by which you can download the apps. In the website’s download page, you have the options to download the app by scanning the QR code or by installing the app through the automated SMS or also by clicking the links available in the page.

It is very easy to start your journey with Deccan Rummy. First, install the mobile rummy app in your device. You need to fill in some basic info like email, phone number. Then you start playing games and can start winning real cash rewards.

Deccan Rummy has games in all three variants of Indian Rummy. Not just cash games, players can also practice for free. Not just the cash games, practice games are also available in all three variants. Every player will be given 10000 chips to practice, and the chips can be refilled once they fall below 4000. Practice games are the best way to trail your skills. There is a great variety of tables available with different table values. You can play two-player or six-player table as you wish.

The games are available all day; you can access the game anytime from anywhere. Deccan Rummy is charging the least rake fee amount in India.

Deccan Rummy has the greatest mix of free and cash tournaments put on the time slot. You could never find a mix like this anywhere else. The total value of the free-roll tournaments every month is 20 Lakhs, and that of the cash tournaments is 15 Lakhs. There a new tournament opens every one hour. The entry fees are very much convenient for players to make, starting from ₹10 to ₹250.

There are special tournaments hosted during special occasions. A recent example is the summer satellite series worth ₹1,00,000.