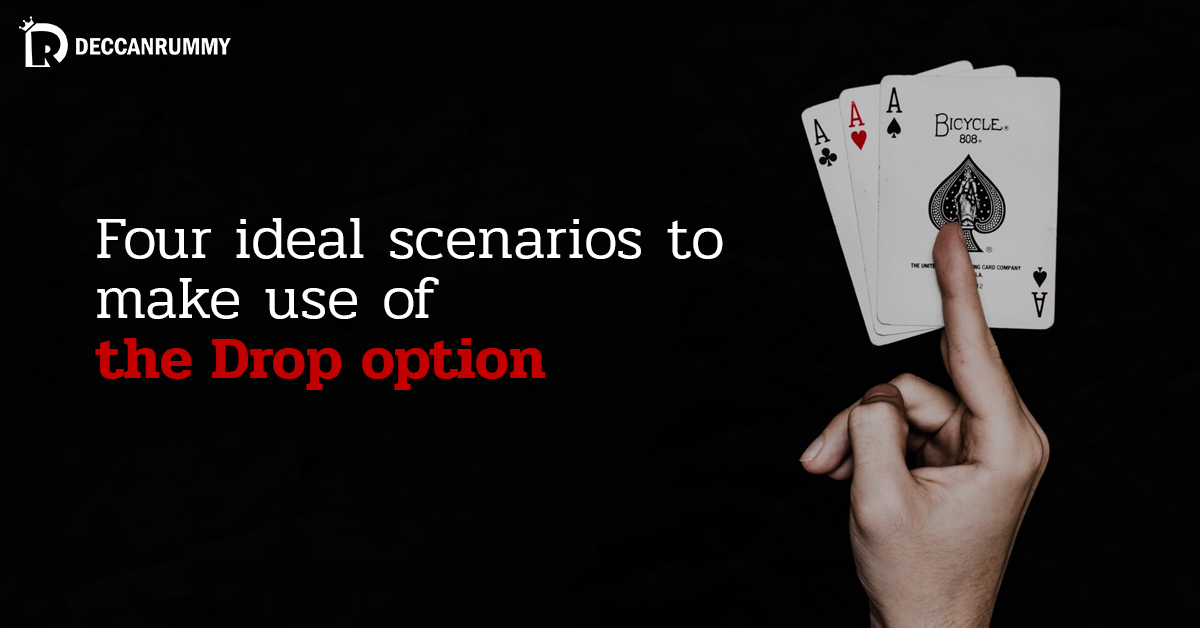 Rummy is a game of skill which requires you to arrange the 13 cards into proper sequences and/or sets. However, there may be occasions when you will find it hard to fit your 13 cards into the right combination. During such time, people tend to lose their confidence and lose track of the game. It is not a wise move to persist with bad cards, as you may lose the game with high points. Here’s where you need to use the drop option available in online rummy.

First Drop – When you make a drop without making a move, it is considered a First Drop. Then, you will lose 20 points.

Middle Drop – When you make a drop after making the first move or in the middle of the game, it is considered a middle drop for which you lose 40 points.

Three Consecutive Misses – When you miss three continuous moves in the game, it is considered a drop, and then you will lose 40 points.

Face cards such as King, Jack, and Queen are considered high-value cards as they carry 10 points each. Along with the numerical card 10, these cards can cost you big if they remain ungrouped in a set or a sequence.

If you have multiple high-value cards which remain ungrouped, you must discard them at the earliest. An early drop is suggested, if not at least a middle drop which will give you just 40 points.

Joker is a trump card in rummy. It acts as a replacement for a missing card in a sequence or a set. In many instances, they come to your rescue in finishing the game. But what happens, if you don’t have any joker neither the printed one nor the wild joker?

If you do not have a joker card on hand, then the time taken to arrive at the right combination would be more. During such instances, one of your opponents may even declare. So, if you do not have sufficient joker cards, ensure you come out at the earliest.

A Pure sequence is a lifeline in a rummy game. Without having a pure sequence, your other combinations become invalid. If you are not in a position to make a pure sequence within the first two rounds, it’s wise to go for the middle drop. As the ungrouped cards might add up to take your points more than 40. It is much easier to quit the game and start a new rummy game afresh than struggling for a pure sequence with a bad hand.

Even if you built a pure sequence early, there is no guarantee that your opponents won’t declare before you. This is where the connecting cards from 3-8 play a vital role. They can easily be arranged into sets or sequences and also carry fewer points compared to the face cards.

If you do not have connecting cards sufficiently in the same suits, then it’s better to reevaluate your decision to continue in the game.