Playing cards have always been a great source of entertainment for ages and continues to play a vital role in our entertainment cravings. 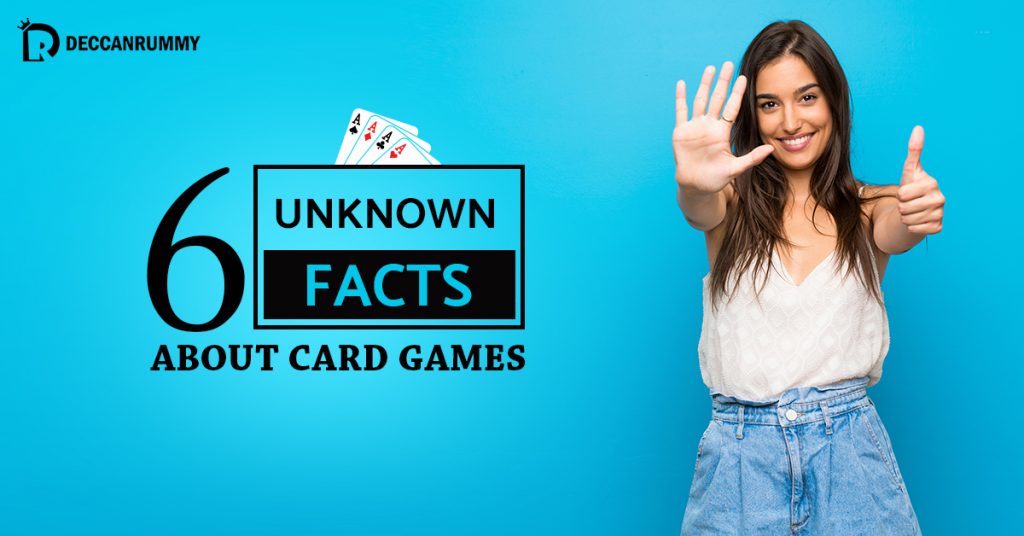 Whether playing a vital role in casinos in games like poker, bridge, or household card games like classic rummy and Teen Patti, playing cards continues to retain a popular spot in our lives. These days, playing cards are available in multiple versions tailored to meet gamer’s expectations.

Despite enjoying card games for generations, did we care to know about the history behind playing cards? How did a deck of cards obtain this much legacy and following? This blog attempts to showcase some exciting facts behind playing cards that you were probably not aware of before.

Cards are believed to have their origins in China around the 9th Century. The game was regularly played during the Tang Dynasty. Though there were tales and legends surrounding card games in that era, of late even texts, and manuscripts were discovered that shows how card games were popular during the Tang dynasty. Cards were initially printed in wood, paper, and even in bones. The images imprinted on the decks kept changing with subsequent empires. Card games were also popular in several European countries in the middle ages with historical texts supporting it.

A deck of cards stood for 24, 36, 40, 48, cards respectively at different stages of history. No one knows how 52 cards became a standard for a deck. It probably goes with English and French colonialism throughout the world. The French had 52 cards in a pack as a standard. As French had territories across the globe, 52 cards in a deck soon were standardized.

There have been many variations of suits throughout history. Ancient Chinese had suits made up of money – coins, a string of coins, myriads, tens of myriads. Each of the four suits represented different amounts of money.

Countries like Denmark, Sweden, Switzerland, Italy all had their variation of suits in the middle ages, which didn’t survive. It was the French practice of 4 suits – diamond, hearts, clubs, and spades that survived.

The vivid images that see on the face cards in your deck are not random illustrations of a king or a queen. They are actual monarchs. The king cards show the faces of the king – Charles, Julius Caesar, Alexander, and David. Judith, Pallas, and Rachel have been popular choices for Queen cards.

As card games picked up momentum in the European markets, British rulers levied a tax on the cards as it was a source of good revenue. To mark the cards as valid, ace of spades in every deck was stamped with a design. Forging the sign was considered an offense. This practice continued in England till 1960.

While we use cards made using paper in our homes, casinos use cards made up of plastic. Cards made up of paper generally become wary after a point as we tend to use it roughly. Plastic cards, on the other hand, are more durable, and also it is increasingly difficult for players to mark more than their paper counterparts.