So you think you’ve got what it takes to play like a king in a rummy community? If you think so, you should come to Deccan Rummy and play our social sharks tournament.

Of all the marine animals, none commands a respect like Shark. Known as the apex predator, sharks command respect and fear like no other creature in the ocean.

Rummy Experts are often called as rummy sharks they get belligerent and attack like sharks. Sharks never miss their targets easily Similarly, every rummy shark gets there to his position after years of experience. It’s going to need something spectacular to dethrone him.

Social Sharks tournament is one of the most popular online rummy tournament that is featured at Deccan Rummy.

Conducted every month, the players get to win big from the mammoth prizepool of Rs. 1 Lakh cash bonus. Since most of us are heavy social media users, we would like everyone who’s is on Facebook to get a free ticket and take a shot at this tournament.

Curious to now what’s the Facebook contest for this week. Here’s the contest.

Of the 13 cards given here, neatly arranged into sets and sequences, there is a set/sequence that is incorrect and let us know. 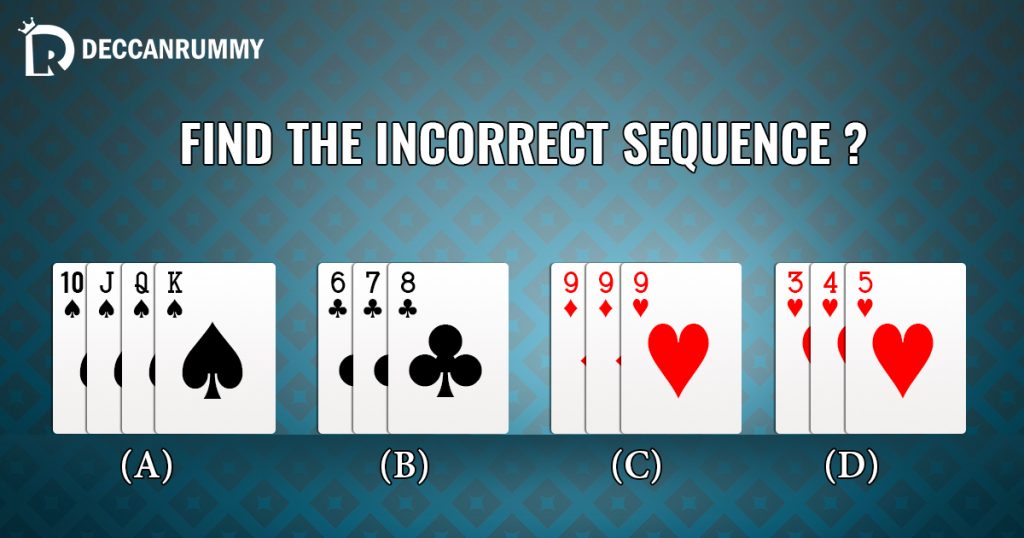 Answer this simple question by