Ever since the pandemic began, most of us have been confined in our homes and engaging in activities which could entertain us. One of the incredibly popular forms of entertainment has been playing card games like Rummy and Poker. Lockdown has fueled an already burgeoning market for online rummy. Aside from the regulars, plenty of newbies have joined the rummy bandwagon. The increase in numbers has been aided by deeper internet penetration and cheaper mobile data plans. As with any activity, we judge a game by the number of successful players in it. Success is defined by long-term consistency.

Astoundingly, there are so many successful rummy players all over India. With rummy sites running games and tournaments 24/7, all one would require is to put their efforts consistently to get reward. That said, there are also many players who end up like flash in the pan, giving up after a brief flourish. Having analyzed so many players over a duration of time, we’ve piled up a list of traits found common in successful rummy players. If you think, you are capable of meeting that criteria, then join the line! 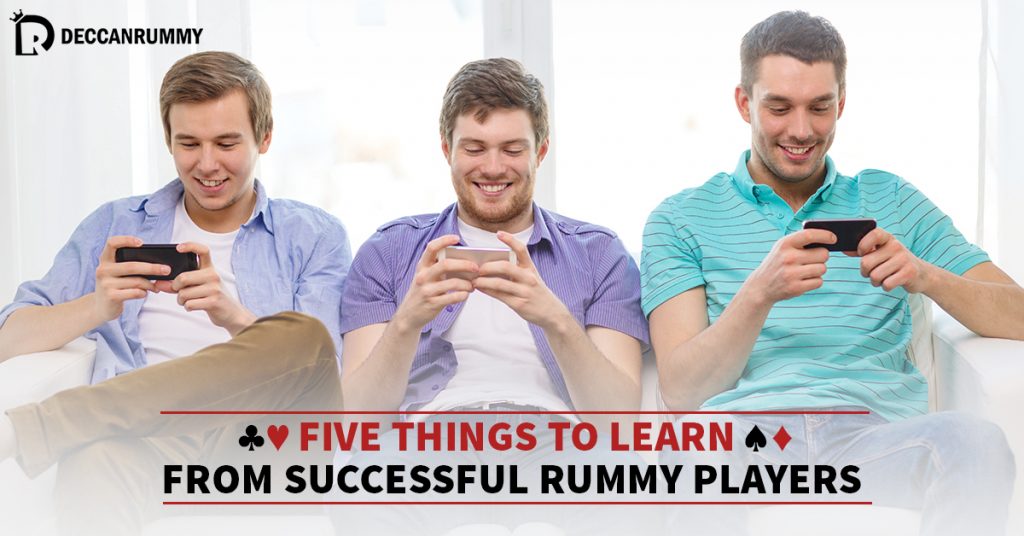 Of all the traits required to be a successful rummy player, discipline is the most important trait. You need to learn the game and strategies with utmost discipline and dedication. You need to treat the game just like how you treat your job. It is no coincidence that a few set of players are able to repeat their magic in the tables. It is the devotion and appreciation of the game and their discipline which sets them apart from the rest.

2. Learning from the mistakes

We all do mistakes in various activity throughout our life. What separates the successful from the unsuccessful is that they learn from their mistakes and grow. They are quite adept at adapting to adverse situations and retain their calm and composure. In fact, an adversity brings the best out of them at times.

Successful players do not develop complacency. They always look for situations to improve their skills and are incredibly balanced. Neither do jump in the sky during wins or sink to abyss during defeats. It is their inspirational mental strength and never-say-die attitude which has brought them success first place.

This one is obvious. We’ve mentioned over and over to play only with the amount you can afford. Successful players having a good idea about their strengths and weaknesses, just bring what’s required to the table. Never do they overplay nor take lengthy break away from the game and manage their bankroll professionally. Approach playing rummy like running a business, you wouldn’t splurge unnecessarily, right? At the same time, there’s no point in being frugal with your money as it’s not going to help you build a winning. The secret lies in finding the middle ground that is balanced at the same time does not affect your prospect of winning.

Given the huge amount of resources available pertinent to how to play rummy, rummy rules, and rummy strategies, it is quite possible that every Joe can become successful.