Indian rummy game is considered as one of the best skill/strategy game around. The fact that the game held on to its own despite the advent of several skill games in the Indian gaming market should be a telling tale of the game’s popularity. The popularity of the game is constantly on the rise since the game moved to online platform. Aside from the veteran rummy players, a lot of newbies have joined the rummy bandwagon of late.

It is the unique skill/strategy blend that makes rummy a favorite game for many players. While it’s true that players can earn money easily in rummy compared to other games, it’s the fascinating gameplay that engrosses the players more than the money. One of the most siginificant element in Indian rummy game is the rummy tournaments. Rummy tournaments are the ultimate test for a players’ rummy skill, patience, and strategy. Applying some strategy will enhance your chances of a win in the game. Many rummy strategies are available in youtube and rummy websites which will give you a headsup. You can either learn from it or formulate your own strategy unique to yourself. Comprehending the rummy rules is paramount for success in rummy. Once you are confident with the rules and gameplay *how to play rummy), you can proceed to strategies. These four hacks will help a long way in cracking rummy tournaments. 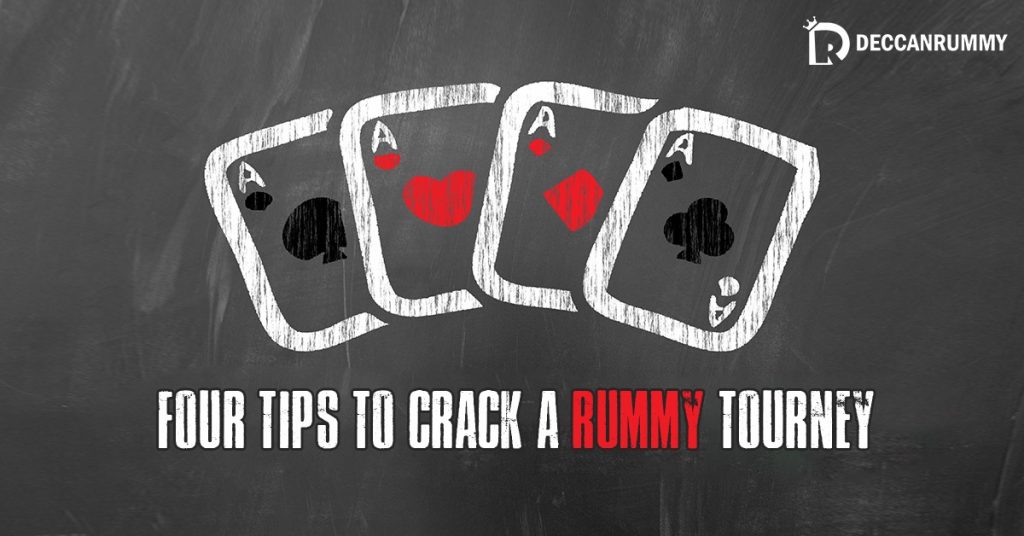 Without practice, you are going to end up in no man’s land no matter how much you invest! Just like in any other game, practice plays a very important role. Practicing helps you get used to the site’s gaming platform, controls, and strategies. By practicing, you will get an idea about different rummy strategies. The more you play, the better you will get in tournaments.

One of the key hacks in a Indian rummy game is to keep track of your opponents’ discards. Observing the discard pile to the hilt will give you an idea about the melds your opponents are trying to make. It then becomes an easy job for you to withhold the cards required by them, in the event you have them. As you practice more, you will get faster in making these judgements and can keep your opponents at bay.

There’s more than what meets to eye in a Indian Rummy game. There are multiple rummy variants available which requires different strategies. What works in one, need not necessarily work in others. The first thing you must do is to get recognized in each rummy variant. As tournaments are venues which involve multiple players at different experience levels, you need to master all kinds of strategies to successfully see across your opponents.

Bluffing is a technique which will help you a great deal in a rummy game. There are many pro players who throw a card as a bluff just to confuse their opponents. Your opponent may incorrectly read your hand and make his moves which might prove advantageous to you, afterall they make their moves to neuralize your threat. A lot of players gain a uphand by bluffing their opponents.

As mentioned, these four tips will allow you to gain the upper hand initially. Do remember to mix up your rummy strategies every now and then to enhance your winning