Mobile game development is the buzzword these days. Mobile games have evolved so much that it’s giving traditional modes of entertainment industries like Television, radio, and movies, a run for their money. People consider spending quality time on mobile gaming more intriguing than the other means. The other aspect, apart from the entertainment, is the earning opportunity, mobile games offer. It adds a dash of excitement and fun. 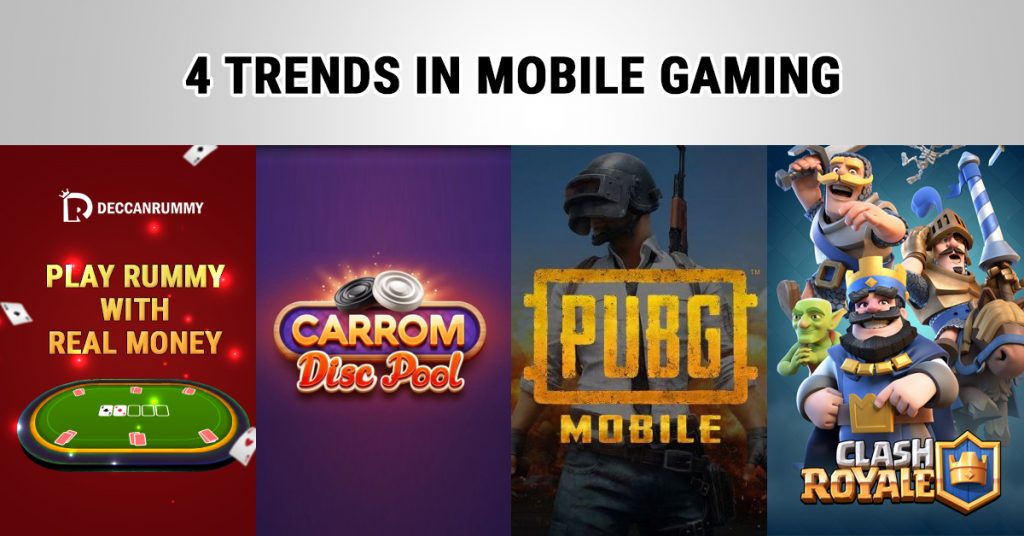 Uncountable numbers of games are available in PlayStore and AppStore. As the number of smartphone user increases day by day, so are the numbers of mobile games. The growth and evolution of mobile gaming have been explosive over the past few years. Thanks to the technological revolution in the telecom field, mobile gaming is now bigger than PC and console combined. It wouldn’t have happened if not the reduction in the price of smartphones and internet charges. So many trends continue to shape up this industry, here let’s have a look at the recent trends in this industry.

A massively multiplayer online game (MMOG) refers to games which allow a large number of players to participate over an internet connection simultaneously. Games like Pubg, Fortnite, and Pokemon Go are some of the MMOG games which became massively popular over the years. The explosive growth in MMOGs has prompted several gamers to build their games in MMOG mode.

Virtual reality and augmented reality are having a really huge scope in the mobile gaming industry. VR is an artificial, computer-generated simulation of a real-life environment. In addition to the real environment, we will be given additional information. Augmented reality is more suited for smaller screens.VR./AR provide us an immersive gaming experience and are changing the face of mobile gaming.

Over the years, many yesteryear games made a comeback. Traditional card games like Rummy, Teen Patti, which were popular before the advent of the internet are now available online. The major attraction towards these games is the intriguing gameplay and phenomenal prize money. For places like India, games with story plots that involve localized content are important.

Many of them fall under the category of strategy genre and follow single-mechanic gameplay. The latest wave of these games sees tremendous volumes of downloads in both play store and Appstore. Overall mobile gaming over the next few years will continue to iterate on these trends.