The Indian Government has banned 59 Chinese app usage in India. The announcement came on Monday. From then on, people are trying to find alternatives for banned apps. This move by the Government has left a great impact. The ban will definitely strive hard at the Chinese technical market. India has been the major target market for several Chinese firms. The major reason behind the ban is that the apps were proven to access the data present in mobile phones. Let’s see on impacts. 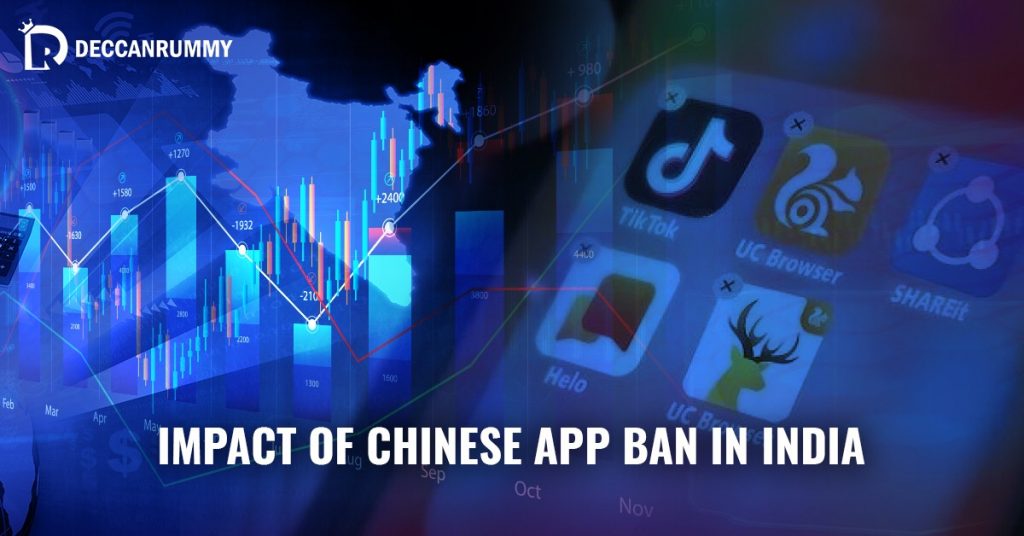 All the 59 apps had their own set of audience. The number of audiences wasn’t a mere amount. Apps owned great records under their name. For example, Indians have spent almost 550 Crore hours in Tiktok in the year 2019. Last December was a memorable month for TikTok, as the total hours spent by Indians on the platform was more than 11 countries below India in the most hours spent list. Some other popular apps in the banned list include UC browser, ShareIt, Youcam, Clash of Kings.

The change would be very much hard for regular users. There are many who bought quality mobile phones just because the phones were very much suitable for making videos on TikTok. When people were so much crazy about the apps like this, the band is very much difficult for them to adapt. People are using apps for so much long time, that the quality of the apps has registered well in the user. Users would demand in a similar quality while using alternative apps. The alternative apps must be so much qualified to strike the beam built by the banned apps in the past.

The ban has opened up the gate for Indians to develop quality apps for the country. It’s going to be a home ground situation in the Indian gaming arena in the future. Players could feel the games and the gaming elements much of an Indian flavour in an international standard. It’s gonna be a dream start for new startup’s in the future, and the current Indian firms are going to enjoy a better progress phase.

The online gaming industry isn’t changed. The growth is giant. The records are massive. Especially Online Rummy! The game is the most loved by Indians. Rummy games are available all day 24*7. There are huge rewards in the bag for you. Download Deccan Rummy mobile rummy app to start your rummy journey. Get…set..go!