Rummy has always been one of the most important games in India. Indian Rummy game was usually played for fun and has evolved from a version of Rummy played in South Asia called as Rhuk or Celebs Rummy. Indian Rummy was initially played mainly for fun, with time it was played with stakes. Eventually, the game moved to the digital platform just like all the other games and earned a massive following. Card game industry in India is worth at $100-120 million and is projected to further go up. According to a research, it was found that an average rummy gamer spends around 1 hr a day playing rummy and avid gamers spend up to 10 hours a day.

In this world, the only thing that is constant is change. Just like all the other things, rummy too has endured a lot of changes over the course of time. At present, Indian Rummy appears like one of the best free online games to play and earn money online. In this article, we are going to analyze social and economic impacts of playing online Rummy in India; 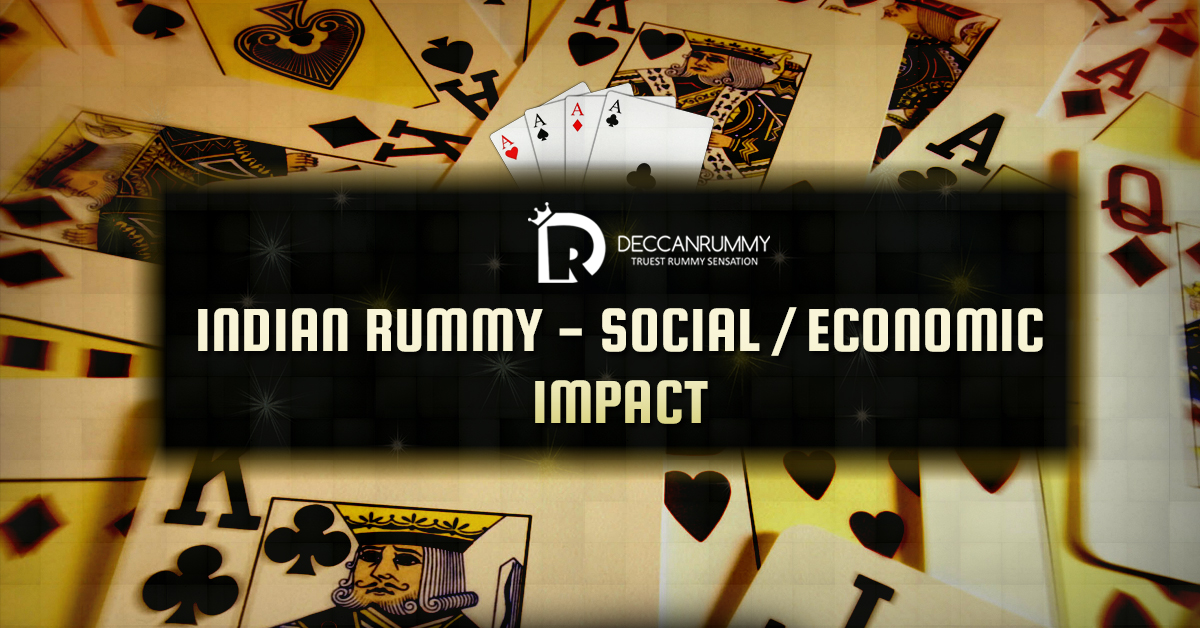 One of the most important things that seem to annoy people is the boredom. Given the strenuous demands of the outer world, people hardly find a time to relax. Even if they do find a way, it comes with a heavy price tag making a huge dent in their pockets. Playing online rummy game is one of the least expensive ways to kill your boredom. When you play online card games, you not only get entertained but also get a chance to win real cash without making any deposits. Surely, a nice deal, isn’t it?

Loneliness and a sense of being left alone are becoming a common occurrence as today’s jobs demand people to relocate from their home or to spend most of their time in office. Online Rummy embraces such players with both arms; not only does the player enjoy the game; he gets to be a part of a huge rummy community that shares a common goal. Indian rummy game helps those loners forget their loneliness and be part of a social group pursuing common interests. Moreover, it helps them foster social interaction through the interactive chat feature that comes with it.

India is a diverse country with gazillion cultures and social practices in each state. We have very little in common with each other. In such a case, getting millions of people under a common roof is no tiny feat. Cricket did a great job in bringing different people together under one common clout. Apart from cricket, online rummy is the only game that united a farrago of players to make a big online rummy community. Imagine a compounder from North India going against a software architect from the south, would that be possible with any other game. The biggest reason for the success of online rummy is its unconventional format and non-elitist nature that gives everyone an equal chance.

On the economic front, rummy online games have paved the way for players to earn money by simply playing this game. It provides an opportunity to supplement their income by merely playing the game that they love the most. Moreover, there are many players who constantly keep searching “how to make money in India” – for such players, playing rummy is the best option.