A typical pack of cards has 52 suit cards and two joker cards (printed joker). The concept of joker card is so much important in a rummy game. A player must understand the fundamental idea behind joker cards. Joker card has uniqueness in both its appearance and usage. The card with joker printed on it is the face joker card. As you master the rummy rules and strategies effectively.

Ever heard of the old adage Don’t judge a book by its cover! Well, in rummy, don’t judge a card’s value by its name or appearance. Joker is so much crucial than what its name suggests. 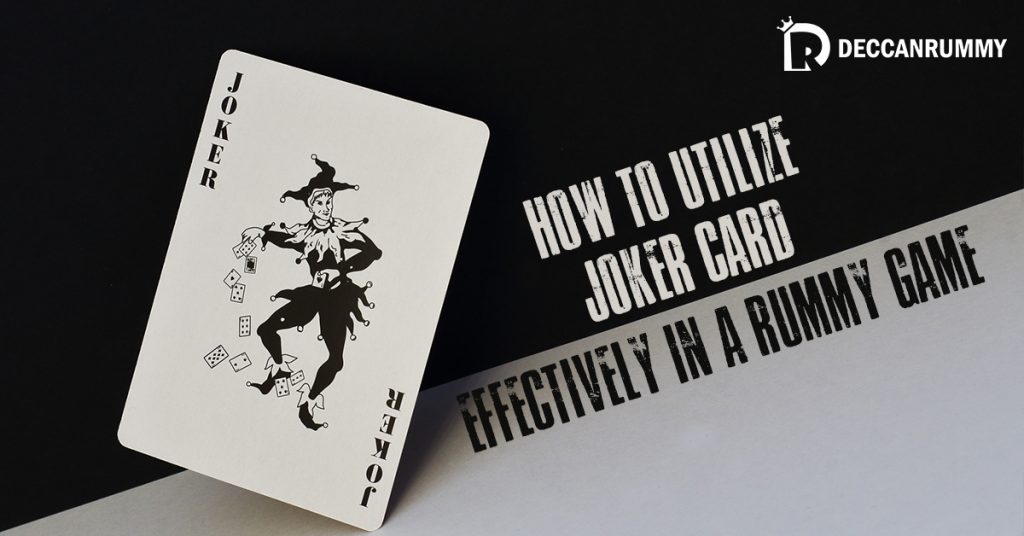 Joker is a card that players most eagerly await in every game. This card is more helpful in making set/ sequence and is considered an alternative for any card in a set.

The concept of joker cards never existed when the game of rummy was developed. The card of joker was brought into the scene during the 1860s. The joker card made its entry through euchre games. The American euchre players decided to have an extra trump card to stimulate the excitement in the game. That’s how Joker cards entered into playing cards. Later in the 19th century, card manufacturers started making joker cards with pictures of a clown on both sides of the card.

A joker card can replace/substitute any card in a set. The card is capable of building sets in a sequence.

In a rummy game apart from the printed joker, you have another card serving a similar purpose. It is called wild joker. The card is selected randomly at the beginning of every game and is used as a wild card. A wild card joker may be used as a substitute for a missing card in a set or a sequence. If a card is chosen joker, then all cards with the same value from different suits are considered joker. For example, if 4 of the spade is chosen joker then 4 from club, diamond and heart suits are considered joker.

These multiple joker cards come as a good aid for the players to reach their objective. If a joker card turns to be the joker, then Ace of all the suits turn out to be the joker for the game.

However, the pure sequence is mandatory for a successful declare.

Using joker cards is more vital for a player to finish the game. Use the following points to play the joker card.

Indian Rummy is all about how you handle your cards to win the game. The inclusion of joker cards in rummy has enhanced victory for many players of the game. Be one among the many who use jokers effectively to better their game. Use joker cards and win the game like a King. Download rummy now and try out different rummy strategies to use the joker card effectively.