Joker card plays a very important role in rummy card game. Probably, it is the most important card that every player wants to have. It helps the player to quickly complete their mission of melding the 13 cards into proper sets and sequences. Melding 13 hand cards to meet the rummy game’s objective is not simple without some assistance. Joker cards would help you to achieve you to complete this task easily. However, do remember you need a pure sequence (3 consecutive cards of the same suit) in order to declare the game. All aspiring rummy champions must learn joker rummy card game rules thoroughly. 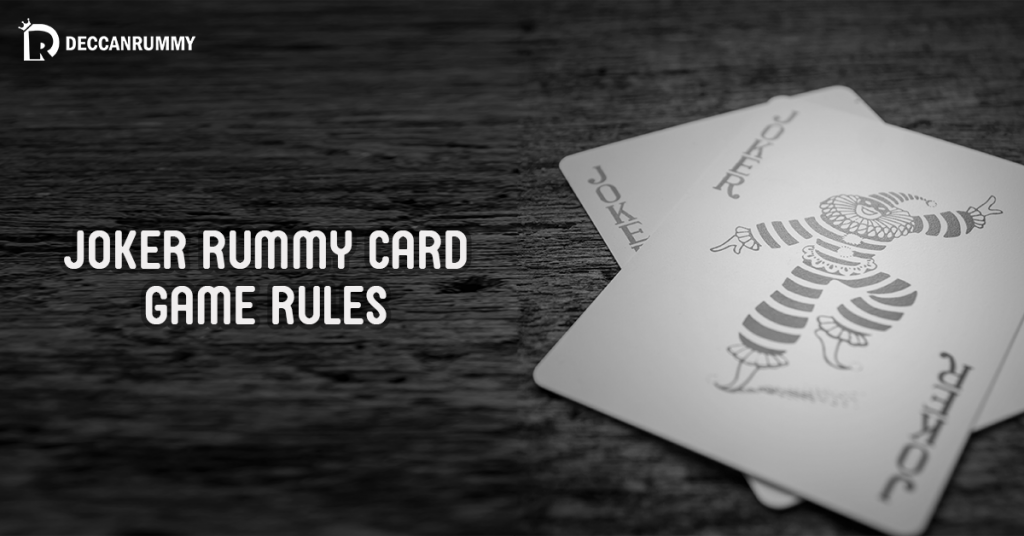 The joker card has its origins in Euchre game. Back in the 19th century, Euchre players felt the necessity to include an additional card to ease the game play. Originally the card was called with names such as “The Best Bower” “The little Joker”, and “Jolly Joker”. It was first introduced in the USA in the year 1863, and then it found its place worldwide from 1883.

A joker is arbitrarily hand-picked card at the start of every rummy game. A joker is used as a substitute for the missing card while forming a set or/a sequence in rummy.  For example: if the joker is seven of clubs, the opposite 7 (spades, diamonds, and hearts) can be used as a substitute card. If by chance printed joker turns up as the random joker, only other printed jokers would be available for use as jokers.

The rummy games of DeccanRummy.com use joker card to ease the gameplay. Joker rummy card game rules is pretty simple to learn. Doubt us? Read how joker could be a game-changer in a rummy game.

Apart from the arbitrarily chosen card, there is a printed joker that the players can use while playing the game. A standard deck has 52 cards without including jokers. If you include the joker cards, it becomes 54. For a game involving 2 or 3 players, two standard 52 deck packs (104 cards) along with 4 printed jokers are used. For games involving 4 to 6 player, 3 decks of cards (156) and 6 joker cards are used.

After the disbursal of thirteen cards to each rummy player in a rummy table, a card is picked from the open deck and placed face up so that every player can see the card. All the cards of that rank can be used as joker irrespective of their suits. For example in a 2 or 3 player game where two decks are used, if the card picked and kept visible under the open deck is 7, then the additional jokers are 7, 7, 7 of one deck and 7, 7, 7, and 7 of the 2nd deck; a total of seven random jokers. Furthermore, there are 4 printed jokers, so there are 11 jokers in all. A whopping 11 jokers in a game to help you accomplish the task!

In conclusion, joker card enhances the game and gives everyone an equal opportunity to win. Playing rummy with joker doesn’t mean things become a cake walk in the game. Sure, it does help the players somewhat but ultimate online rummy skill lies in how cleverly you confuse your opponents. Keep grinding more to discover more rummy tips. Happy playing!