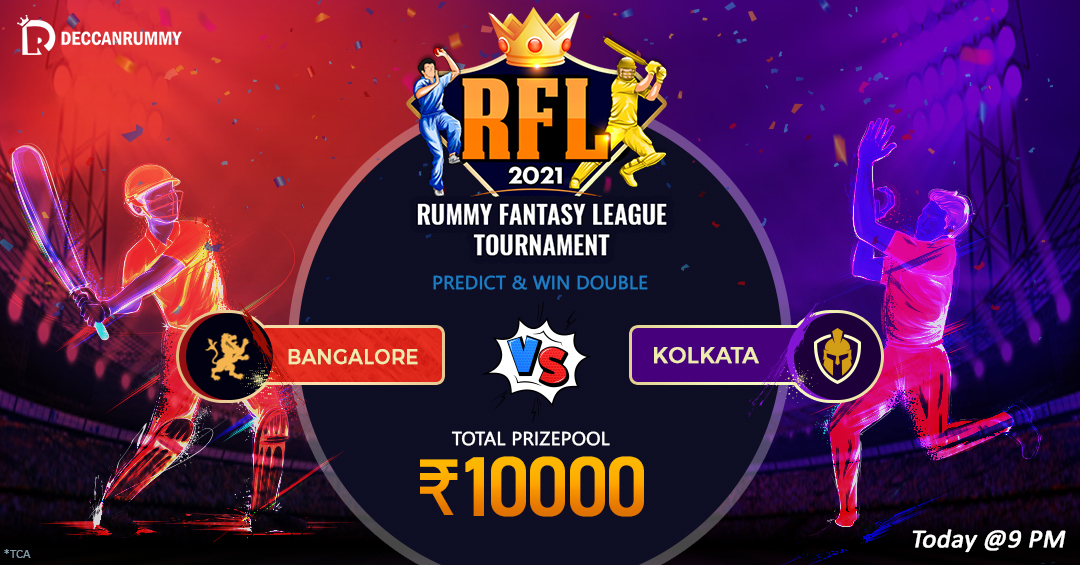 After the conclusion of the thrilling qualifier match yesterday which saw Chennai beat Delhi, today Bangalore will take on Kolkata in the Eliminator match. The team that loses in this encounter will be knocked out from the series and the winner would face Delhi in the second qualifier.

The match promises to be an exciting clash as both the teams have performed well in the league stages. For Virat Kohli, it could very well be the last game as a skipper for Bangalore as he has announced that he will step down as the skipper at the end of this league.

Both the teams have the right mix of youth and experience. Devdutt Padikkal, Harshal Patel, and Mohammed Siraj have performed phenomenally well for Bangalore, while veterans like Maxwell and De Villiers have also played their part well. We can pretty much expect an unchanged Bangalore side will take on Kolkata. Spinners like Chahal who has had a solid comeback in this UAE leg will have a big role to play for RCB.

For Kolkata, their openers have performed remarkably well. Rahul Tripathi, Shubman Gill and Nitish Rana have been in top form during this season. For Kolkata, Venkatesh Iyer has been the find of the season.

While both skippers Morgan and Kohli are not in their best touch, their team members have delivered on occasions where it matters the most. What could be a better day to prove you are a champion player than during a grand stage like this? Both can deliver that stunning knock to take their sides to the next stage.

Bangalore vs Hyderabad –  Predict and Win

All said it’s going to be a nail-biting encounter. Do grab your snacks and enjoy the game. While you’re at it, don’t miss to participate in our RFL tournament and grab an opportunity to double your winnings.

RFL Tournament runs on every match day during this Indian T20 Series giving an opportunity to win from the mammoth Rs. 5 Lakhs during this whole event. With a daily prize pool of Rs. 10000, the RFL rummy tournament allows you to double your winnings for the correct prediction. Just make your prediction of who is going to win this match and play the tournament with a buy-in of Rs. 10.

Rummy Leaderboard Bonanza is going great guns. With mind-blowing prizes such as BMW and RE Himalayan bikes up for grabs, players are actively participating in this contest. You need to deposit ₹500 with the code, predict the winner and play cash games till the conclusion of the match. Deccan T20 points will be calculated in the ratio of 1:10 with the number of loyalty points you’ve earned till the conclusion of the actual cricket game.

Get to double the enjoyment of cricket with these contests!