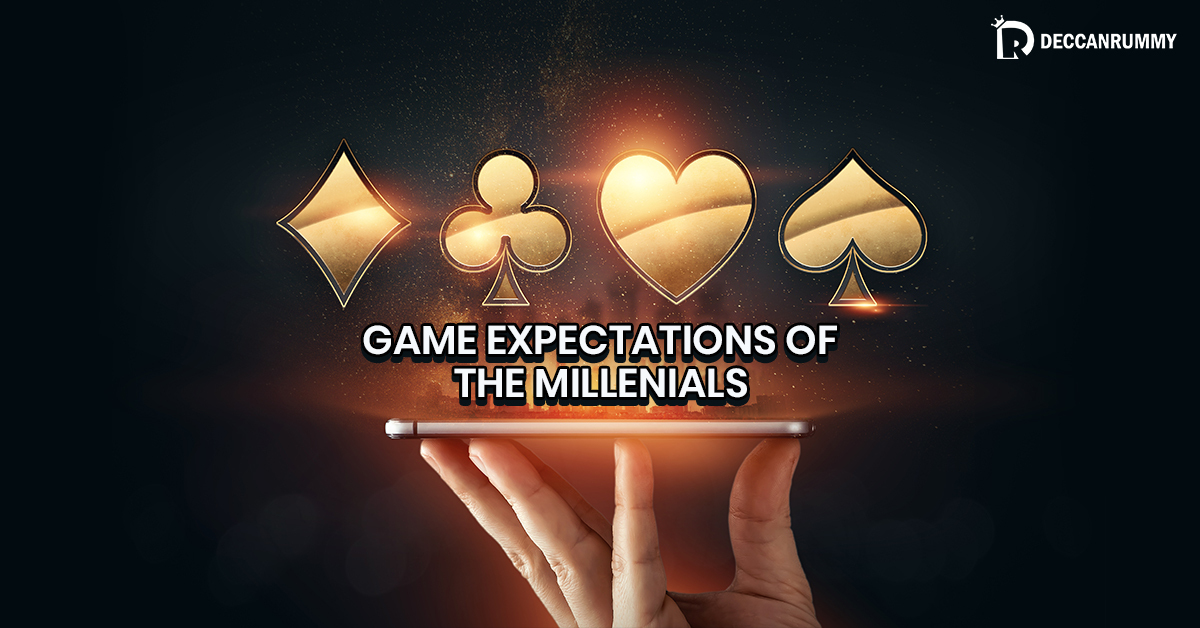 Millennials have been the target audience for game developers and creators for quite someday. As they form a major percentage of the gaming audience, most of the games developed today incorporate elements that appeal to the interests. With the rapid surge in smartphone users, the gaming action has entirely shifted from consoles to smartphones. Players expect the games to be accessible anytime. It is probably another reason why companies have been coming up with myriad gaming options in Android and iOS platforms.

Sensing the popularity of the gaming apps, even traditional games which have been played offline for ages have been digitalized and are now available online. Indian Rummy, which was one of the games that are popular among the boomer generation has now captured the imagination of millennials and even GenZ. The thrilling contests and tournaments combined with the rewarding promotions that online rummy sites come up with have caught the eyes of the youngsters. That said, there are many other expectations of the Millennials that every game developer must be aware of.

Most millennials expect games to stimulate their mind and create an adrenaline rush. Game developers have to keep this in mind and have to incorporate elements that keep them hooked. Games such as PubG, Fortnite, and other battle royale games, made a strong impact on this generation as they got all these boxes ticking.

Aside from thrill and fun, most gamers these days expect interactive features to communicate with their fellow gamers. People always look for ways to socialize these days as physical interactions have largely reduced. So, playing games with socializing features gives them a sense of being part of a community. Studies indicate that relationship formed via social interactions remains strong.

It’s just not about technical features anymore. Even if you incorporate the latest technology to create a powerful gaming interface, it is important to keep in mind the demographics and culture of your target audience. Games such as online rummy have attained huge popularity as the game is deeply connected with the psyche of every Indian. So, game developers have to make conscious efforts to provide localized content.

Most millennials expect features that are tailor-made and give them a personalized gaming experience. Social Media use has become so pervasive today. It takes a few minutes for companies to know your personal preferences and tastes based on your browsing habits. Companies deploy marketing agencies to identify customer behavior to give them a personalized gaming experience. Companies should also make effort to stay connected with their gaming audience through regular interactions such as launching quiz contests and tournaments.

Last but certainly not least, millennials want the games to be exciting as well rewarding. Since they invest a lot of time and energy in games, they want to ensure their efforts are well-appreciated. Taking this into account, online rummy sites offer enticing rewards to their players.