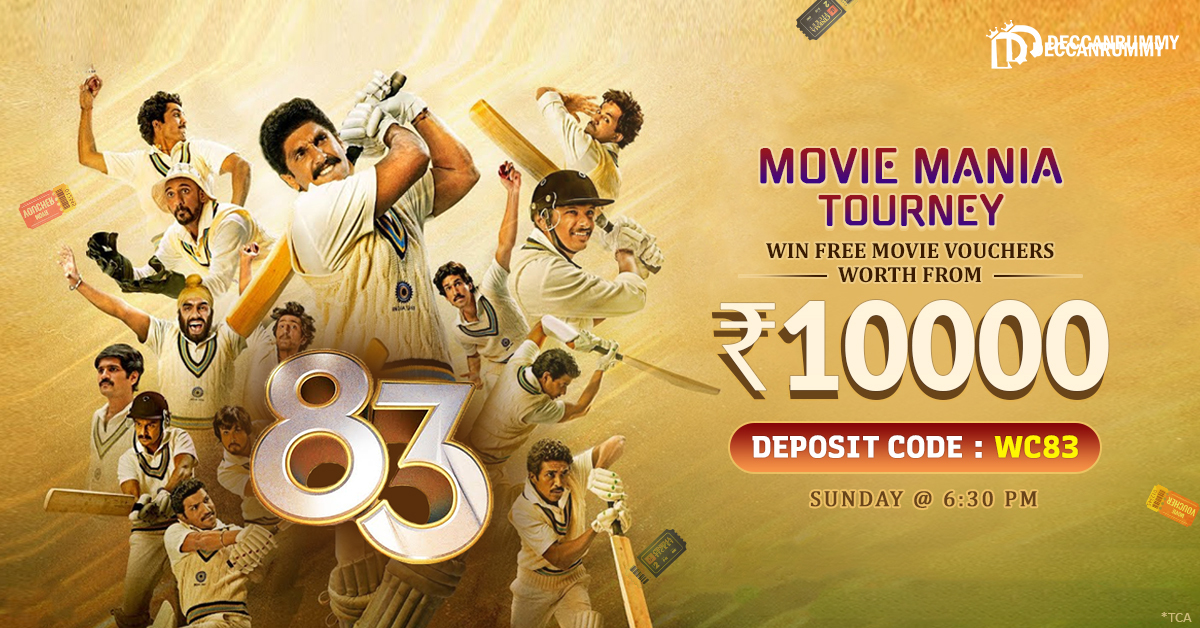 In India, cricket and movie are both considered equivalent to religions. When there is a combination of both, it’s sure to set raise the expectation. Kabir Khan’s 83 is one of the most expected films to hit the theatres this year. For those, who have just heard about our Indian team’s magnificent journey in 1983, it’s a chance to witness the complete journey till the final.  The film which celebrates India’s first win at the cricket World Cup in 1983 has been under the wraps for over two years as the Covid 19 pandemic caused many lockdowns.

Comprising an ensemble of actors with Ranveer Singh essaying the role of Skipper Kapil Dev, this movie is all set to capture the Indian team’s entire journey during the 1983 world cup. Contrary to the popular opinion that biopics just revolve around the central character (a) captain, in this film all the 12 actors have been given prominence. Aside from the on-field action, the film also touches upon behind the scene events that include the cricketers’ family, relationship and mental states.

As if getting good actors to essay the 11 cricketers on the field is not enough, they have also been trained by the actual cricketers who were in the action during 1983. To give the realistic feeling, it’s said some portions of the film were also shot on actual grounds like Oval, Lords, and others. 83 is all set to shine bright in all its glory! All said cricket and movie buffs are in for a royal treat. Here’s an excellent opportunity to watch this brilliant magnum opus on the screen of your choice.

Want to watch this enthralling cricket docudrama on the favourite theatre of your choice? It’s simple! Join our Movie Mania tournament this Sunday @ 6:30 PM which offers winners a chance to catch their favourite movie in the theatre they want.

A Total prize pool of Rs. 10000 is available in this rummy tournament. Players can join this tournament for a buy-in of Rs. 50 or with free tickets which you can avail of by depositing Min Rs. 300 with the code WC83. The registration for this movie begins on Sunday at 6:30 AM.

Deccan Rummy has continuously attained massive respect and popularity within the Indian rummy community because of the swashbuckling offers and promotions that offer bang for the buck. Movie Mania tourney is one such a tourney from our stables offering plenty of value for your buck!  So be there and don’t miss this golden opportunity to watch this masterpiece at no cost! See you soon at our tables!