Olympic Games is believed to have originated in the Ancient Greece around 776 BC. A cook named Coroebus won a 192-meter footrace which is said to be the only game that took place and he was the world’s first Olympic champion. The ancient Olympic Games were held every four years during a religious festival honoring Zeus. After the Roman Empire captured Greece, the roman emperors abandoned this tradition of conducting Olympic Games under the guise of erasing pagan traditions.

It took nearly 1500 years for the games to resurface. Following the efforts of “Father of modern day Olympic games “Baron de Coubertin, the game would rise again from its ashes. The first modern day Olympics were conducted in Athens in 1896. The first Olympics featured games that were reserved only for the men. 280 Players from 13 countries participated in the 43 games in the first Modern day Olympic Games. The official symbol of modern day Olympics is the five interlocking colored rings, which represents the continents of North and South America, Asia, Africa, Europe and Australia. It is paraded during the opening ceremony and at the closing ceremony, the flag is presented to the next host city by the current host. Olympics now has become the have become the world’s preeminent sporting competition and considered as the pinnacle of sporting events. It is a stage for sportsmen across the world to prove their mettle on an international stage. It is generally considered as the ultimate symbol of athletic achievement. Apart from the exciting sporting events, they cultivate harmony, camaraderie, and unity among players from different parts of the world. 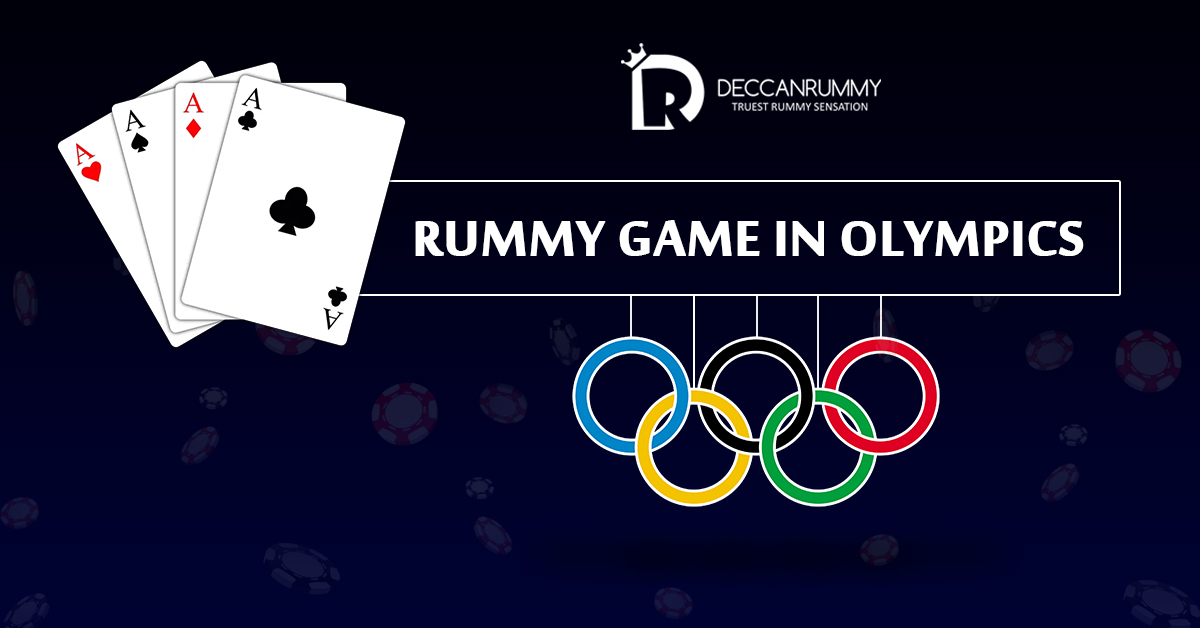 India, being the world’s second most populous country has won just 26 medals over the span of 100 years. This includes 9 gold medals, 6 silver, and 11 bronze medals. Considering the huge success of relatively smaller countries in the Olympics, India’s track record appears dismal. This begs an important question – what is the sport where Indians would excel?

13 cards Indian Rummy is a popular card-matching game played based on the draw and discard of cards. 13 cards Indian rummy remains the most preferred rummy game because of its simple gameplay. Classical Indian Rummy (or Paplu) is the Indian version of original rummy with little variations. It could be considered a cross between Rummy 500 and Gin rummy.

Sports can be defined an athletic activity requiring skill or physical prowess and often of competitive nature. Modern society has broadened the definition of sports. Disregarding the sports that don’t involve sweating, bleeding and palpitations is not the right way considering the impact mind sports has made so far. International Olympic Committee included chess and bridge in its list of recognized sports. These sports were brought under the tag of mind sports and could make its way into Olympic games shortly. In fact, Chess and Bridge along with 26 other sports have applied for inclusion in the 2020 Olympic Games in Tokyo. Though the chances of it getting into the main list are grim as of now, we do believe it will find its way in the future. “Mind sports” is a relatively new term for sporting activities, such as chess and bridge that rely on mental skills.

Shouldn’t 13 cards Indian rummy be a part of Mind sports as it heavily relies on mental skills? There have been a lot of calls from online rummy site operators all over India vouching for the game to be recognized as a Mind sport. International Mind Sports Association has been conducting World Mind Sports Games (WMSG), a quadrennial multi-sport event from the year 2008. The following sports were included in the first two editions: Chess, Bridge, go (weiqi), draughts (checkers), and Xiangqi. Our contention is that rummy game should be a part of WMSG first as it comes under mind sports. As of now, applying for a place in Olympics seems to be a far-fetched idea since there are many other games ahead of 13 cards Indian Rummy vouching to be included. The immediate priority must be to get the game recognized as a mind sport and apply for an entry into WMSG. A place in WMSG would be a good start for the game to gain international popularity. As the sport gains traction and goes into mainstream worldwide, we can push for a slot in Olympic Games. Given the ever-growing audience, the inclusion of skill based games like the rummy game would make Olympics, an even more enthralling watch.If you are an android user looking for a genuine 13 card rummy game download try our Deccan Rummy mobile for a scintillating mobile rummy experience.