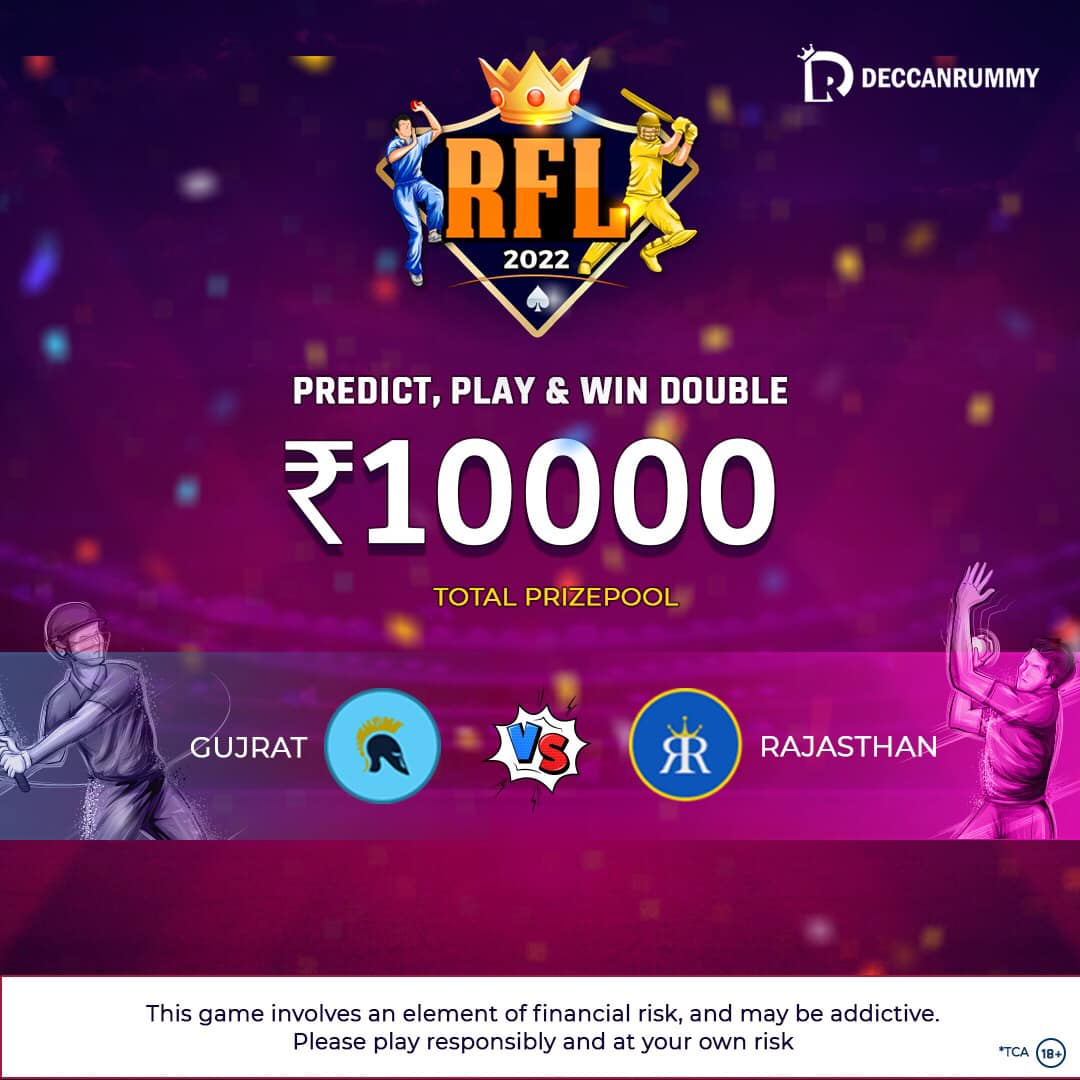 Rajasthan takes on table-toppers Gujarat in the first qualifier match today. The winner will qualify for the final directly and the loser will get one more go in the qualifier 2. If Gujarat wins this game, they will be the first team to qualify for the summit clash since the first season. If Rajasthan wins this game, it will be their first appearance in the final since the inaugural edition. Both the teams have been able to deliver consistently good performances throughout this edition and this contest is all set to be pulsating from the word go.

With 10 wins from 14 matches, Gujarat has been in terrific form throughout the tournament. Similarly, Rajasthan also had a stellar campaign with 9 wins from 14 games. During their only previous encounter, Gujarat emerged victorious over Rajasthan.

The pitch is expected to assist batsmen throughout the match. Spinners will also come into play during the later stages of the match. The team winning the toss would possibly prefer to bat without any hesitation. A good start is important for whichever side opts to bat first, as that would swing the momentum in their favour. Rajasthan has an edge in terms of power-hitters, however, on their day, Gujarat has been unstoppable firing on all cylinders.

Normally, a high-voltage contest like this will be a test of a side’s captaincy. Both the skippers have been astute in their decisions which saw their sides travel the distance. Hopefully, the captain that maintains their cool head will prevail in these circumstances. Who do you think will make it to the final? Save your prediction as we have an exciting contest running.

Adding to the cricket frenzy, our Grand Rummy Powerplay launched during this cricket season, has been a great success. Filled to the brim with exciting prizes amounting to 30 Lakhs, this exciting contest has been the centre of attraction among the players in the Indian rummy community.

Predict the winner today and join our RFL & Rummy Leaderboard bonanza tourney. Both the contests are going at a great pace and are seeing full house participation.

Players can enter the RFL for just INR 10 and have an opportunity to double their prize money. On the other hand, you can add to your points in the Rummy Leaderboard Bonanza and have a chance to win exciting prizes like Ninja 650, Continental GT 650, KTM 250, and lots more.

So what are you waiting for? Join the action right now, start grinding and have a go! Good luck, everyone!