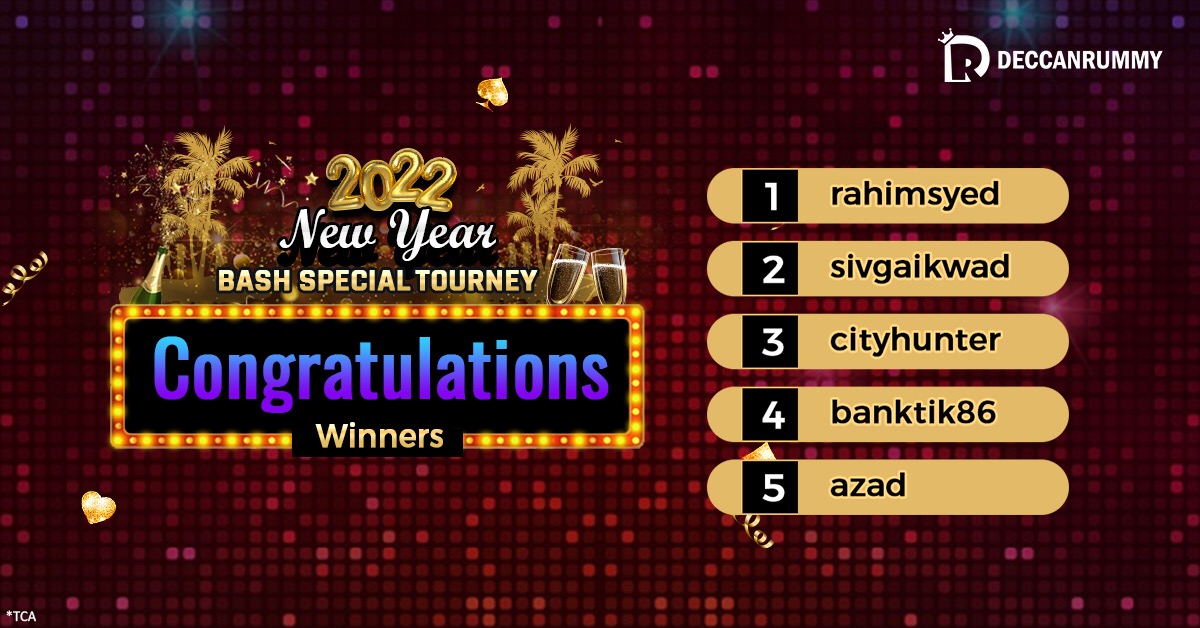 It was a complete blockbuster contest at the New Year Bash Tables! Deccan rummy host huge promotions for players in their circuit. The best Rummy tournaments, rummy leaderboards, and rummy bonuses are available here. The site consistently provides Indian rummy players to win huge in the online rummy platform. Deccan Rummy launched the New Year bash tournament worth 5 Lakhs from December 17th to 29th. This is probably the best party for the new year.

The response was really huge! The tournament was the talk of the town ever since the launch announcement. Running for more than 10 days, the tournament was split into 3 stages – 8 satellites, 4 qualifiers and 1 finale. Players will get to win cash rewards as well as free tickets to play the next level of competition. It is indeed a great opportunity for players to crown themselves champions. The tournament setup was opened up for every player to prove their rummy skills and strategies.

It was houseful on all days of the contest. Players competed for ₹20k prize pool for each round in satellites, ₹35k for qualifiers and ₹2 Lakhs for the Grand Finale.

We would like to congratulate rahlmsyed for the hard-fought victory at the New Year Bash Special tournament. He does deserve the top position after a consistent show throughout the tournament. Special mention to the slvgalwad and cityhunter for securing 2nd and 3rd position in the contest. We would like to thank each and everyone who have put the effort in making the tournament a massive hit. There’s a lot more to come in the upcoming days; stay connected with Deccan Rummy!