With Independence Day just around the corner, many online rummy sites in India are offering cash-rich rummy tournaments. These are great opportunities for the rummy players to earn massively at limited risk. However, players get a bit jittery and nervous while playing a big rummy tournament. The most inhibiting factor that comes is the mental strength of the players, which can make or break them. Let’s have a look at how your mindset must be before entering a big tournament. 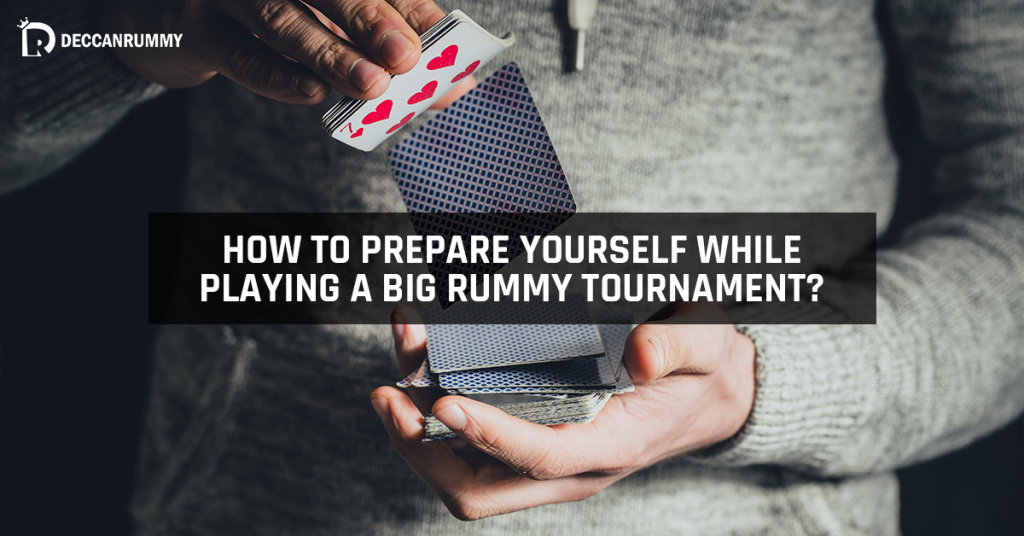 There will be fear within every player playing big rummy tournament. Fear is essential for every player but there are some constraints on that. Both fear and casual play at a greater extent could result in failure and that too by a very silly move in the play. There must be calmness as well as fear within a player. Fear and Calmness must be equally maintained while play.  Calmness makes you think of the best moves possible in the game. The fear makes you to repeatedly check the move that your calmness made you think. Excess fear will definitely be a let-down and will pull you away from your natural style of play.

Every player must have a strong belief in them. They must believe in something called “magic”. Moving forward in the game with a strong belief will turn you a dark horse in the rummy tournament. Many don’t have a belief in playing tournaments with a cash buy-in. Players actually must believe and play in a manner that will save their buy-in amount and also in winning the rummy tournament.

Playing with a strong self-belief and confidence will help you overcome the inner demons of being a failure and will enable to make your moves more assertively. However, the player must ensure that at no point of time does his self-belief or self-confidence manifest itself into arrogance. Being cocky and acting “i-know-it-all” will pull you down.

The quality of the player is tested by the way they treat success and failure. It’s a universal fact that both winning and losing are part of both life and game. Just because a player loses a couple of games while playing rummy, he can’t quit just like that. No one knows what holds up in the future. What if there was a chance to earn the most in the 3rd game? Being patient while playing games like rummy will actually fill in your pocket after some time. Many fail to understand this fact. Just because you lose games continuously doesn’t mean losing is a permanent resident in your rummy journey. Things would change drastically at any time of play.

Too much excitement when you have the most favorable set of cards will actually make many players pumped up but that excitement can cause human errors while playing. It’s important to have control over your emotions and stay level headed throughout the course of the game. Letting your emotions out of control at times of excitement and sorrow will ruin your rummy career.

This Aug 15, come and play The Independence day tournament buy earning a free entry ticket for the tournament by depositing Rs. 1947 or more. You can also enter by paying a buy-in for Rs. 250. Give yourself a chance to win big Rs. 1 Lakh bounty up for grabs!