Among all the Industries in India, Online gaming industry has been registering an enviable growth rate. The sheer number of online gaming companies that have popped up in the recent past indicates the popularity of online gaming enjoys among the Indian public. The increased adoption of smartphones and reduced data prices have contributed their fair share to the rising popularity of online games. People have turned their attention from arcade and action games to skill-based games and fantasy sports. 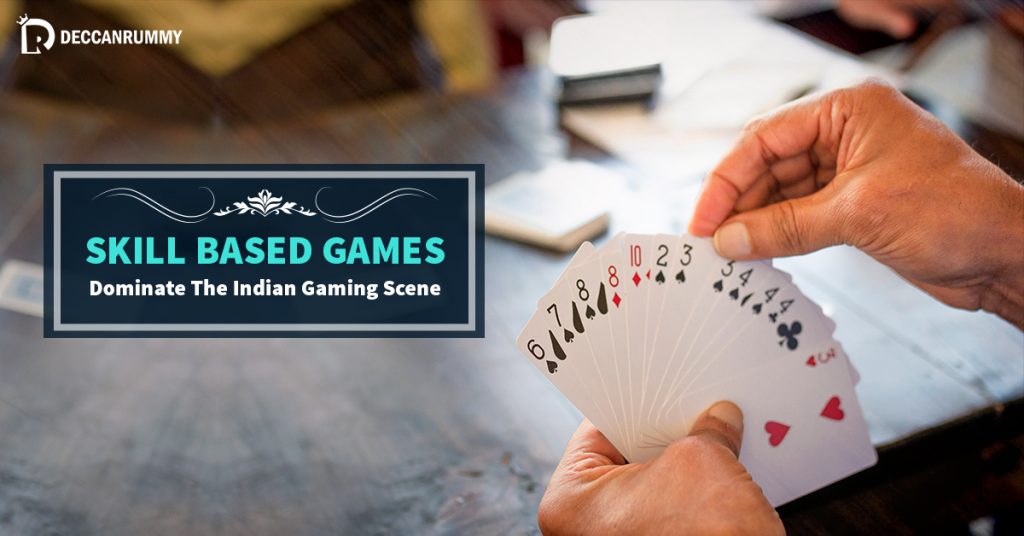 Lots of internationally renowned casinos and poker sites have started their operations here. The rules of India are really ambiguous with the term skill having different interpretations in different states. Skill-based card games like Poker, Online rummy are accepted in most of the states barring states like Telangana, Odisha, and Assam, which prohibit games. Because of the rule, most poker and online rummy sites do not offer their services to players residing there.

The opportunity to cash out big at minimal risk is probably the main reason for the immense popularity of online card games.

The popularity of skill-based games

Indians have a reputation for being penny-pinching when it comes to investing in kinds of stuff like games. The advent of online card games like rummy, poker changed the landscape of the Indian gaming scene completely. Though the games can be downloaded for free under free to play (FTP) model, there is an option of in-app purchase which helps the players to make purchases inside the app. A lot of card gamers start off playing free card games and move on to games involving cash.

One of the main reasons for the online gaming segment to create huge inroads into the Indian industry is the proliferation of smartphones. The current number of Smartphone users is estimated at 543 million and the numbers are all set to hit staggering amounts in the forthcoming years as more and more smartphone makers have arrived in the Indian market. Players can now get on-the-go experience.

Whether it’s a movie or a quick card game like rummy, users primarily use their mobile devices to play the game. The increased smartphone usage means that users primarily seek entertainment in their hand-held devices. Users need to rely on consoles, TVs for entertainment; a single mobile app can fulfill all their entertainment requirements. Online rummy and poker gaming companies successfully harnessed this demand and have come up by coming up with mobile apps for gaming.

Mobile gaming certainly plays a big role in the smartphone usage of the common man. An average gamer spends 4-5 hours a week playing their favorite game. On the other hand, an avid gamer is more likely to spend close 15 hours a week in their favorite game. From 2016-18, the number of game downloads from PlayStore and AppStore have doubled. Contrary to the popular perception that online gaming is a man’s’ territory, lots of females are jumping into the online gaming bandwagon.

Given the Indians penchant for skill-based games and the rate at which they are joining the platform, online card games like 13 Card Indian Rummy and Poker are set to grow by 50% to 100%. According to a report by KPMG and Google, the online rummy industry’s revenue is set to touch $1 Billion overtaking some of the well-known industries. The options available to the users these days are basically endless. The industry will continue to become a bulwark giving stiff competition to other industries.