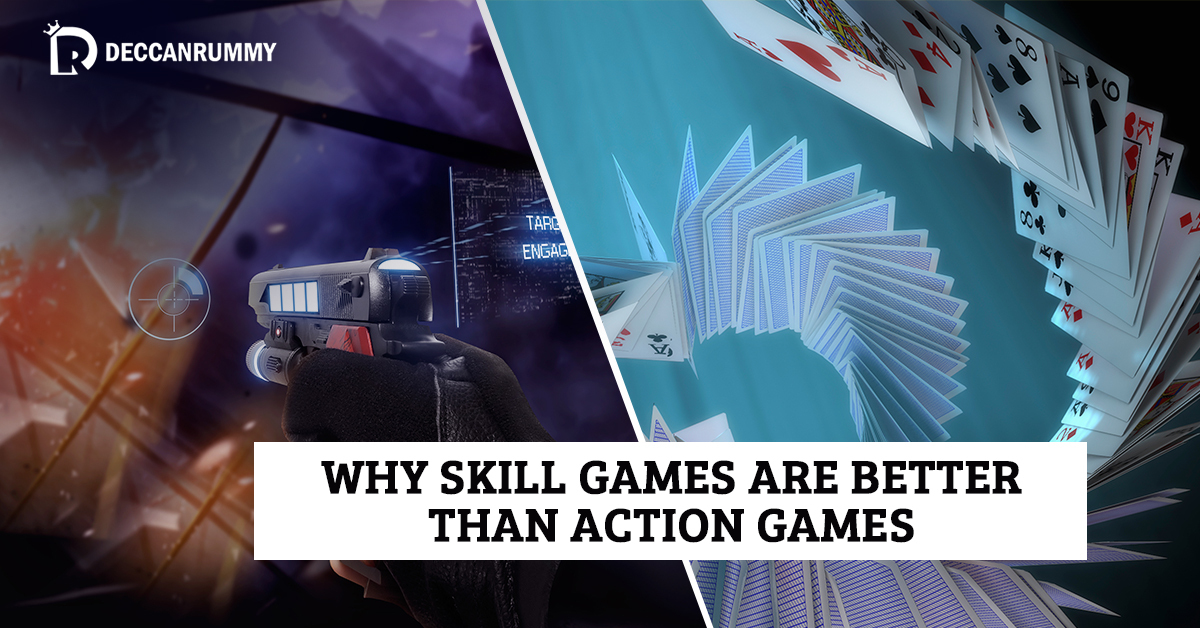 At the beginning during the pre-internet era, action games dominated the gaming scene. Slowly after the internet boom and digitalization, many genres of games emerged within the gaming ecosystem. Though the love for action games such as racing, first-person shooter games, and martial arts games has not diminished by a huge margin, a significant portion of the gaming audience were fascinated by games that are based on skill. Games that posted a challenge to your grey matter such as sudoku, online chess, online rummy card game, and online poker attracted audiences across the globe.

With the rapid penetration of smartphones, the dynamics of the gaming industry have changed completely.

While games targeting the young audience such as PubG, Fortnite, and Clash of Clans attained cult status, matured and adults have found their forte in online skill games such as 13 card rummy and poker. The speed, thrill, and fastness of the action/adventure games appeal much to youngsters, the slow but steady process of decimating your opponents using your cognitive skills appeals to the latter section.

The surprising part is that a number of young gamers are also enchanted by the appeal of skill games of late. Especially, during and after the covid-era, where people are totally deprived of outdoor entertainment, we can see people from all age groups try out these skill games.

One of the biggest benefits of playing skill games is that they require much less data, speed and space than action games. While it’s true that action games are pretty engaging, the graphics and the game mechanics put a lot of stress on your gadgets. Also, you don’t need a device with very high technical specifications to enjoy strategy games like classic rummy. Moreover, these games are very light on your devices and offer a seamless gaming experience.

The main reason people play games is to get relief from stress and anxiety. In today’s fast-paced world, a lot of people have to go through strenuous schedules and tight deadlines. Games act as a stress reliever and help them to focus on their tasks clearly. While both action and strategy-based games help you to get rid of stress. Certain action games have the propensity to turn people violent. On the other hand, skill games enhance your memory and help you improve your sense of coordination. Additionally, playing skill-based games helps you take better decisions and improve your concentration.

While both action and skill games give you a sense of belonging to a community and foster camaraderie, skill games are more rewarding monetary wise. Games such as 13 card rummy offer you massive winning opportunities. Many rummy sites offer extraordinary promotions for their players which allows them to benefit in a big way. For example, players can earn for their deposits through bonus offers and cashback. Also, they have a chance to win real money and gadgets through tournaments and leaderboard contests. Sites like

have achieved immense popularity all over India.

Players are attracted by the prospect of winning big prizes along with a thrilling gaming experience. So, it is no wonder that skill games are leading the race in the Indian gaming industry.