Gaming has turned from a hobby to earning nowadays. Numerous games impress all categories of people. Gaming could be action-oriented like PUBG, grand theft auto, mini militia or skill-based game like Indian rummy, poker, online chess, dream11. It is believed that the game we play could build us mentally. Gaming is undoubtedly one of the most popular sources of entertainment today. Gone are the days it was just done as a hobby, it’s now a mainstream activity in everyone’s life just like watching TV, listening to music. The transformation of online gaming from merely a hobby to a source of income is amazing!

This generation is more inclined towards action-oriented games. Now that the graphics have advanced, these users are glued to them. There are shreds of evidence indicating that the curve has started to increase in the skill-oriented graph. According to research, nearly 70% of online gamers have tried their hand in playing skill games in the last 3 months. 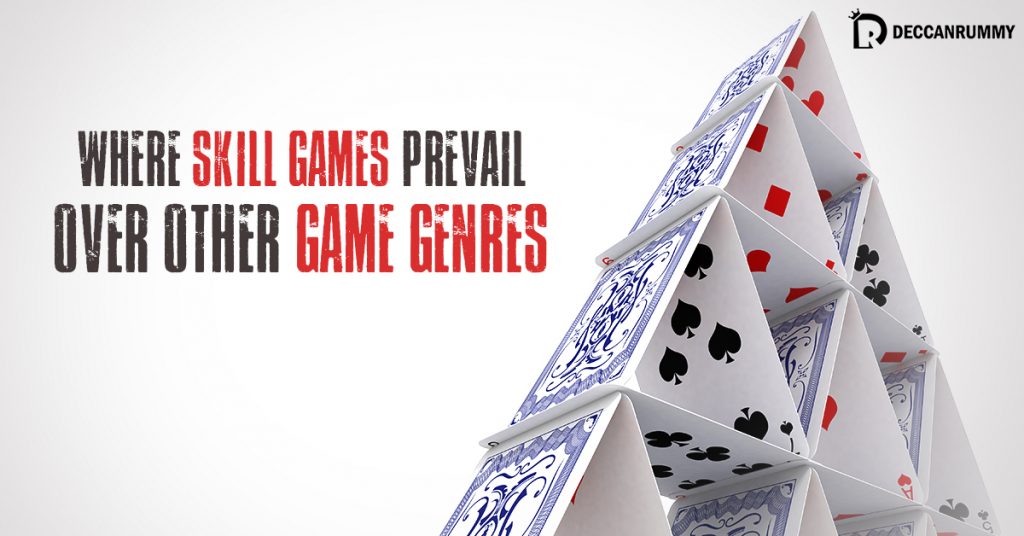 Talking about skill games, we cannot deny that there is an unprecedented amount of interest in skill games. Similar to action games, the thrill of beating your opponents is driving several people to try their hand in the game.

Specifically, adults prefer skill games as they automatically make them fall for the reason of earning money. To cater to the demands of the ever-expanding user base, various sites have popped up in the recent past and are presenting a diverse range of options for the customers. Of all the skill games, card games hold a special place in the hearts of gaming enthusiasts and games like I13 Card Rummy are extremely popular among youngsters.

There is this stinging criticism of action games promoting and glorifying violence. Using weapons in the gaming world influences the users so much and may turn to take up in case of adversity. Since action games rile up people and foment anti-social behavior, therapists and behavior experts encourage people to take up skill-based games.

Thanks to the internet, we are now exposed to a new set of skill games that keeps us engaging. Dream 11 is one of the popular games which create a stir during the cricket season in our country.  This involves allowing the user to select his set of 11 players for the upcoming match. The user needs to register using money. The winner will be decided based on the performance of their playing 11. It is also available for football, hockey, NBA and other team sports.

The main reason people turn towards card games en masse is that these games are a potential money-spinner. This particular option in card games have given a different dimension to card games and have encouraged to take up the sport. Searching for people to play card games in real life is cumbersome. Using the internet you can find many people in a few seconds to play and earn. With easy registration steps that involve you entering a few details, you get to play and earn in almost no time.

The time consumption in skill games is minimal when compared with action games. Also, simple game mechanics allow you to enjoy the game at all times.

The continued playing of online games plays a vital role in sharpening your thinking. It is proven to be a very effective memory boosting activity. Online games give you the ability to grasp new concepts and retain more information as gaming involves you to remember a lot of activities. Online games make you think more concisely, improves your cognitive skills, enhances your concentration levels and improves your memory.

Contrary to the popular perception, not all the skill games where the money is involved can be equated to gambling. A constitutional bench of the Supreme Court clearly articulated the distinction between chance and skill-based activities in 1957. Games like Rummy, Poker, and Fantasy sports carries enough activities that warrants to deploy your skills than being merely a chance. On August 18, 2015, the Supreme Court declared rummy legal. Players who wish to try out games can download Rummy app and start playing on the move!