People in the online rummy stream will always look to add credit badges in their gaming career. Some made it true in the last week at Deccan Rummy. The site hosted the second season of the “Summer Satellite Series”. Just like the other promotions, this was another hit in the rummy calendar. The tournament was much expected one among the Deccan Rummy players. The first season had its reach in the rummy community. That’s what made people consider the second season a great relief during the lockdown. We even had players contacting our social media profiles asking about the tournament even before the launch of the contest. 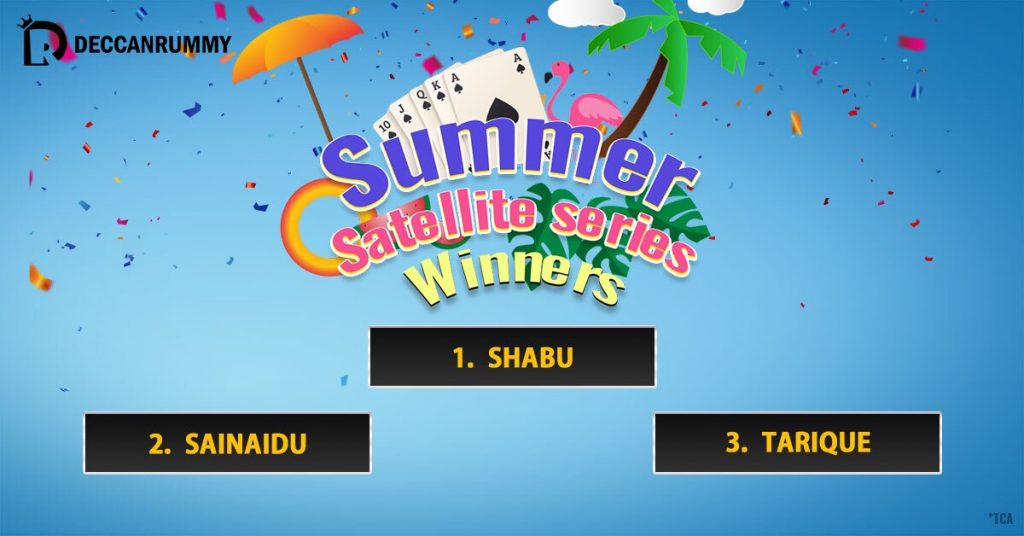 With rummy accessible at the very fingertip, lockdown can be never that hard. You need not wait for a good time; instead, start creating yours. Keep smiling and spreading happiness.

The special tournament came up with a prize pool of Rs 1 Lakh. The tournament is open for all players on the platform and was split into three stages as Satellites, Qualifiers, and the Grand Finale from June 10-12. The format of the tournament was similar to the first season, with players getting an option to win free tickets to enter the next level for free. Every level of the tourney was completely packed very soon. Some enjoyed their travel in the tourney with consistent winning from the Satellites to the grand finale; there are players who have consistently hit the tables to be part of the contest.

End of the three-day contest, we have got three promising and deserving players at the top 3 slots. The curtains have been closed, and the tourney was an absolute thriller!

Congrats to Shabu to have won the tournament! It’s been a great show indeed! We would also like to mention our hearty wishes to sainaidu and tarique for getting placed in the 2nd and 3rd positions, respectively. Players must make sure that this isn’t the end, start learning from their mistakes and progress triumph in the future!