Mobile games have evolved a long way all these years. From simple snake game to games with advanced graphics like PubG and Fortnite, the evolution of the online games have been very impressive. A variety of genres like action, adventure, puzzles, and shooting have kept the players hooked. Now with the proliferation of smartphones where everyone can afford to own a device, the number of free games have drastically increased. Though, technology receives a lot of flack when we discuss mental health, it’s positive effects cannot be ignored. In the ocean of gaming options available, mind based games have emerged as one of the popular genre preferred by millions of gamers worldwide. These brain training games always satiate the fun and thrill quotient, as well sharpen our mind and gears up to tackle complicated situations in our lives.

From improving our analytical and logical skills to improving qualities like problem solving and decision making, the benefits of online brain training games are insurmountable. Check out the 5 games that will keep your gray matter pumping and improve your mental abilities. 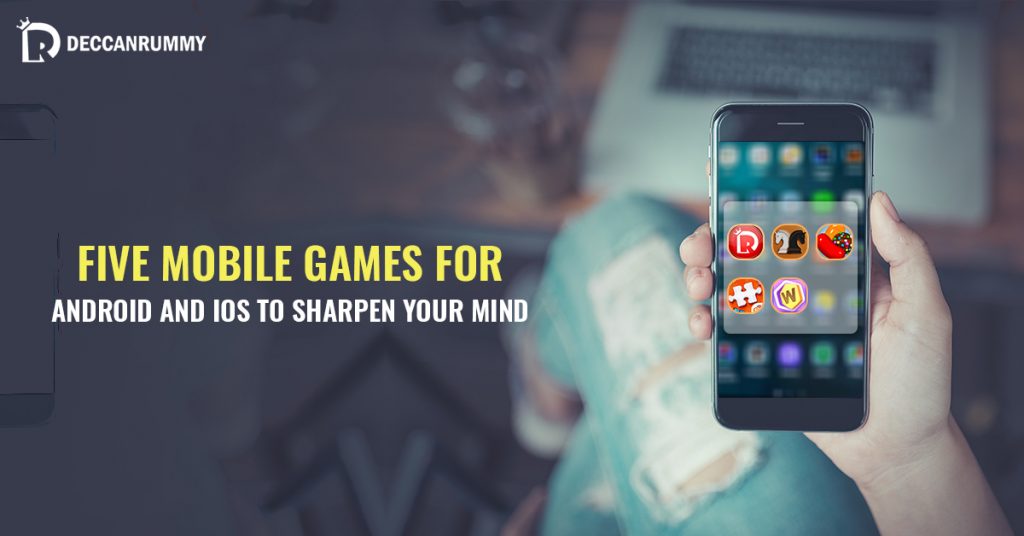 Lumosity is one of the most popular brain training games enjoyed by millions of gamers all over the globe. Designed for both Android and iOS, players have the choice to choose from different categories – memory, attention, problem-solving. When you get started with the app, it will evaluate you in a number of areas, and then create a training plan customized to you. You can follow their daily training regimen to get better.

If solving Sudoku is where you are strong at, then you will love this game. These are like Sudoku on steroids. The games are engineered to test your skill and improve your logical skills. The puzzles are available at various difficulty levels, so you can always choose the right puzzle for you. If you run short of free puzzles, there are always in-app purchases available to take your game to the next level.

If you are a fan of card games, you cannot miss Indian rummy online and Poker. Both poker and rummy are skill-based card games. Both the games provide a challenging environment for the players to put their mental skills into full use. Playing the game continuously over a period of time will enhance the mental abilities like concentration, efficient problem-solving, and make your mind more sharper. On top of that, both poker and 13 card rummy online are extremely rewarding. They give plenty of earning opportunities for the players. There are plenty of challenges available everyday in both the games like daily tournaments, leader board contests, , and and multiple variants to make brain training more fun. Millions of gamers are already on board on both the platform and players have plenty of options to choose (poker mobile app and rummy mobile app) in Playstore and APP Store.

Peak is one of the best app that is loaded with more than 45 free games. These games will improve your problem solving skills and memory. No matter how aged you are, you will find games that are engaging and entertaining. You can compete with your online friends and also track your progress then and there. You can enjoy all the games with a minimal subscription.

If you wish to improve your memory, this app would act like your best friend. Just allocate 15 mins of your day into memory improvement with this app. The app has 27 brain training exercises with 250 levels. You can improve your memory and get rid of stress, anxiety, and depression. Moreover, your processing speed will increase and you will see your output grow enormously over a period.

Did you know India is one of the top 5 countries known for gaming in the world? India has over 250 game development companies with a worth over $890 million. In the future, it is estimated that India’s gaming industry would be worth $1.1 billion by 2020 with the number of gamers estimated at over 628 million.

Over the years the gaming industry in India has seen a phenomenal shift in the realm of the entertainment industry with the increased penetration of mobiles and availability of safe digital payment infrastructure.  Also as the classical case of cause and effect, the budding gaming industry has opened a sea of opportunities for youngsters who were on the lookout for alternate career options.  Mobile gaming is on the rise astronomically over the past few years 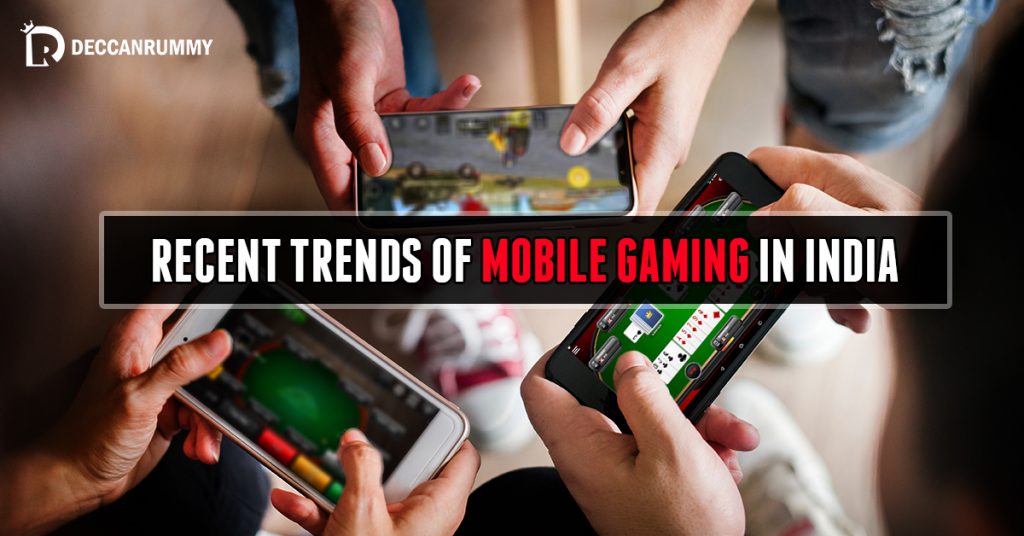 Enthusiasm for mobile gaming among youngsters

The gaming industry is on the uprising since the day it was made available in mobiles. The more access to the public, the more the gaming industry gets popular. Evidently, smartphones have reached the highest popularity becoming a basic necessity in day-to-day life. Smartphones have made the world so small, feeding us everything we want over at the tap on the screen. At the moment we have around 530million smartphone users in India.

The resounding numbers had a big impact on game developers and they started to invest massively on mobile gaming, creating new games and bringing the existing games to Android and iOS. This explains the massive popularity games like “PUBG”, “Fortnite battle royale”, online rummy, online poker enjoys among the youngsters. These games which were once available only in desktop and console versions and were confined within a small circle are now available in the mobile app.

The exponential rise in the number of games as India is in the process of becoming a hub of creating games instead of being mere as a consumer. The increase largely owes because of the availability of localized content, content that appealed to the masses. It is quite easy to grasp the rummy rules as they are simple. You can get started on the go with rummy mobile apps.

Smartphones have an increase in the number of casual gamers and hardcore gamers. Players begin playing the game in their Smartphones and then shift to platforms like PC and console to try the game’s advanced format. India is also moving towards an age where there is gender parity among gamers. Despite men representing the majority of gamers in India, women have steadily climbed the numbers to close the gap.

There’s no question that there’s more interest in gaming than there has ever been. According to a survey, 40% of men and 35% of men are playing mobile games five days a week at least. The games are not meant only for the teens anymore, India has players from the age group of 6-55 playing in different and various genres. Players these days don’t just play a game for entertainment anymore, they discuss the winning strategy, put up their reviews about the game in social media.

The next question that arises is how willing are the Indian gamers willing to spend on games as Indians have the reputation of being close-fisted when it comes to spending on entertainment.

The mobile gaming industry continues to trend rapidly in India, genres like casual Games, action games have made huge inroads in both revenue and graphics increasing the number of users and their average gaming time in a day. Gone are the days where games were played for time pass and fun. Today, it is not just a part of life but it has become a profession in which people have chosen to chase their dreams. The strategy games have increased by a staggering 170% compared to what it was; this is where gamers play the game for real cash mostly.

Games like PUbG have shattered that myth. According to a survey by quartz, 80% of their respondents were making in-app purchases in PUBG among whom 71% were spending between Rs. (0-350). Owing to the massive popularity of the game, PUBG mobiles recently conducted an exclusive tournament for their Indian players in the name “PUBG mobile INDIA SERIES 2019” with a prize pool of 1crore. Also, in games like classic rummy and online poker, players do not mind depositing cash as they have a good chance of doubling them.

PC is the second most used platform for gaming after the mobile gaming platform in a ratio of 23:59 percentage. The technology never stops evolving, virtual reality and augmented reality has made a benchmark in the gaming industry which is expected to become popular soon. The influx of artificial intelligence has given the developers a multitude of options; they are now able to create assets for gaming, from plot to animations, quickly and very affordably.  At the click of a button, a developer can find a fleet of 100 different variants thus empowering them with multiple options.

The mobile gaming industry continues to grow exponentially in India, with casual games leading the pack. Many genres of these games have seen a substantial increase in the number of downloads, revenue from in-app purchases, and it’s all adding up to the fast-growing businesses.