Many people think that rummy can only be played online with cash. Did you know that you can play rummy online free without investing a dime? Freebies never disappoint us, does it? You can just download rummy software or mobile app, register and start playing rummy free instantly without cash. The fun and thrill of free rummy games are as exciting as the one played with cash.

13 Card Rummy is primarily a mind workout. You need mental agility, good memory, and high concentration to succeed in the game. Moreover, the game of rummy is noted for its extreme fun and thrill. There is a widespread misconception that rummy can only be played with cash. In fact, you can play any kind of rummy variant with live players without investing a dime in sites like Deccan Rummy. The fun and thrill of free rummy is as exciting as cash rummy. There’ll never be a dull moment with all the action at Free tables.

The main reason we suggest every player to spend some time playing free rummy is to improve their rummy skills. As mentioned, rummy is primarily a skill game which requires a set of mental skills. To acquire such skills, there is no better alternate than practice at free tables. As you keep playing at our free tables, you will gain mastery over rummy rules and get used to different kinds of scenarios that crop up in a rummy game and the ways to tackle them. Want to improve your rummy gameplay? Hit our free tables now!

3. Analyze the level of competition

The other main reason to play free tables is to gauge the level of competition you can expect in a rummy site. Sites like Deccan Rummy has players across different geographic locations at different skill levels. If you want to stand up to them in terms of skills, you need to rise your game level to that mark. Practice tables can help you gauge the competition level and prepare yourself for the long rummy journey ahead.

If you think you can win money only in cash tables, you couldn’t be any wronger. There are plenty of freerolls running throughout the day at Deccan Rummy. These freerolls don’t require you to spend any amount to join. Guess what? To your surprise you will be spoiled for a choice on the number of freerolls. Moreover, the monthly prizepool of our freeroll tourneys is a mammoth 20 Lakhs! That’s some prize money! If you’re good at rummy then you are in for a great chance to take a giant bite out of it!

5. An opportunity to become pro

It is always exciting to play rummy from your mobiles. You can feel that that flawless gaming experience on your moiles. Once you download Deccan Rummy Mobile & register as a player, you can find numerous options on the dashboard to play free rummy games. It’s every player’s desire to turn into pro, your journey to becoming a pro starts at practice tables. Your choice of of free rummy game is just a click away. Play now!

Card Games have been a great source of entertainment for the players throughout the world. As the entertainment methods have largely been confined indoors these days, people look to online card games as they are not only exciting pass time but also a money-spinner. In the medieval days, card games were considered to be played only by the elite class. In modern times, everybody has access to these games. 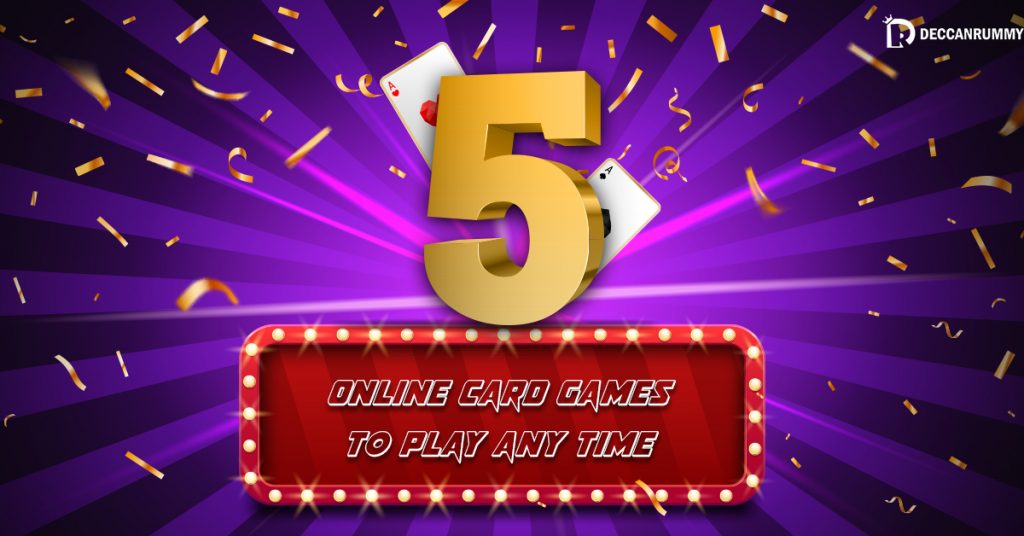 Games like Poker and Rummy are at the forefront of the gaming revolution these days. A lot of youngsters take up playing online card games as a professional career as it has the potential to generate more income than your regular day paying job. Now that these games are available on the mobile app, you can take them wherever you move. In this post, we will share a few games which have been extremely popular among the Indian card game enthusiasts.

Poker is the most popular variant of online card games worldwide. It is a game that is predominantly based on skill. Players’ mental abilities and their problem-solving skills are put to the ultimate test. Betting is intrinsically a part of the game. Players with advanced poker strategies get to win the game despite chance playing a minor role. Gone are the days where you will have to visit a casino to enjoy poker. Now poker game is available at the touch of a finger from your smartphones. Players can participate in various online games and tournaments and win big from the whopping prize pool up for grabs

It’s an exciting game where the players have to group the cards into proper sets and sequences. Though different versions of the game are available, it is Indian rummy which is quite popular. Rummy is inching closer to poker in terms of popularity. Indian rummy with its multiple variants, different structures, and tournaments, has created a cult following in the Indian gaming community. The development in technology has enabled rummy websites to provide the users with a solid gaming interface with which players can enjoy the game fair and square.

Originating from the Russian card game Biritch, Bridge dates back to the 18th century. Over the years, the game has undergone several changes. The rules of the game are a bit complex thus restricting their reach. Internationally, several competitions and tournaments are conducted and a lot of players from various parts of the world participate in it.

As the name indicates, the game is a three-card game. Unlike games like poker and rummy where skills play a major role, in Teen Patti the element of chance plays a big role. However, it hasn’t stopped card game enthusiasts from trying the game through various card game portals.

Perhaps this is the only online card game that you can enjoy playing alone. The game involves sorting the cards in a particular way. Coming as a pre-loaded game in every version of windows, the game is already familiar to most of the Indian gamers. It’s not unusual to watch gamers play solitaire in their work location as a refreshment. Today, there are several versions of the solitaire game that the players can play.

The growing popularity of online card games like rummy and poker can be seen from hundreds of sites that have mushroomed in the recent past. It’s quite easy to start as most of the sites offer free registration and entice the users with attractive welcome bonus offers. Additionally, they have a host of free rummy online tournaments and online card games that come with a big prize pool, running throughout the day. If you are someone with an inclination towards card games, then you should not miss on this zeitgeist and make hay while the sun shines!

There’s no question that finding the best rummy freeroll tournaments can boost your bankroll at no cost. If you are looking for one such place, then you have landed up in the correct place. We offer Indian rummy game aficionados a real opportunity to make huge cash prizes. We have always held the benchmark high with our freeroll rummy tournaments. Our free rummy tournaments are quick, easy to access and have always attracted players across the country. 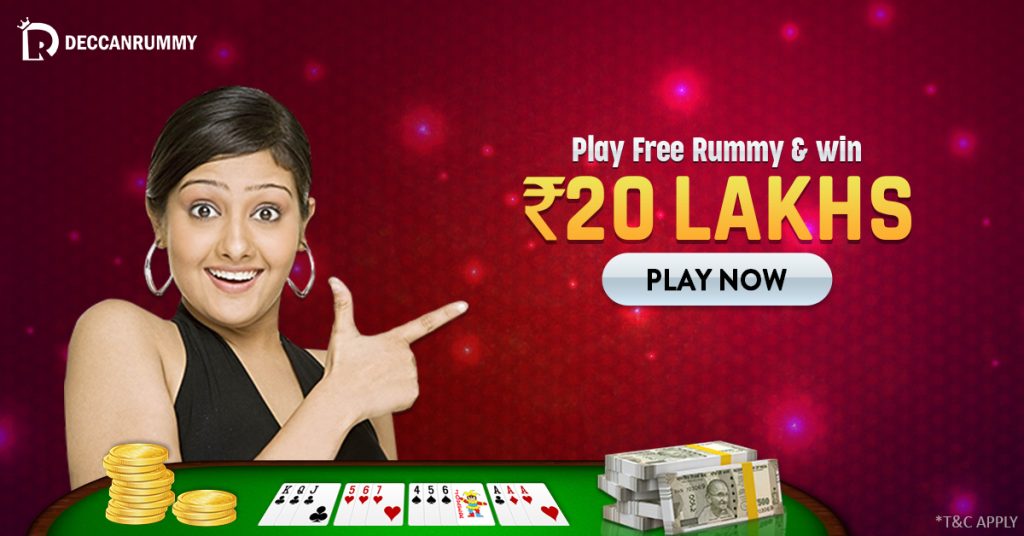 Real money online freerolls are a great way to make some cash. Our rummy freeroll rummy tourneys let you play rummy without risking a dime. Guess what? We have a surprise in store for you.

The best thing about our freeroll rummy games is that you get to try out different combinations and win big hands without the risk of losing any real money.

If you’re just getting started with rummy online, freerolls can be a good way of practicing the games and testing out some strategy while earning cash. The risk is so minimal, they’re fun to play, and also come with an astounding prize money. The more you play in our freerolls the better are your chances in the cash rummy games.

Sometimes big deals come in small packages and our free roll rummy tournaments are exactly that. Without a penny to spend and also a guaranteed prize money for grabs, it would almost seem unbelievable.

Here is the complete list of the new freeroll tournaments.

Steps to play our Freerolls

To make it easy for the players, we have freeroll tournaments running throughout the day. So, chances are that players can find any tournament whenever they are free. Play these rummy tournaments now and get busy winning big cash prizes already! See you soon at the tables.