Rummy is a game that includes a lot of emotions. When you play a game like this, it is quite natural you encounter a variety of people with a diverse set of characteristics. These people add a flavor to the game making it irresistible for the online card game lovers. Every player at some point in time meets such kinds of people with diverse characteristics. Here in this blog entry, we will have a look at the different kinds of rummy players that you will possibly meet in the rummy table. 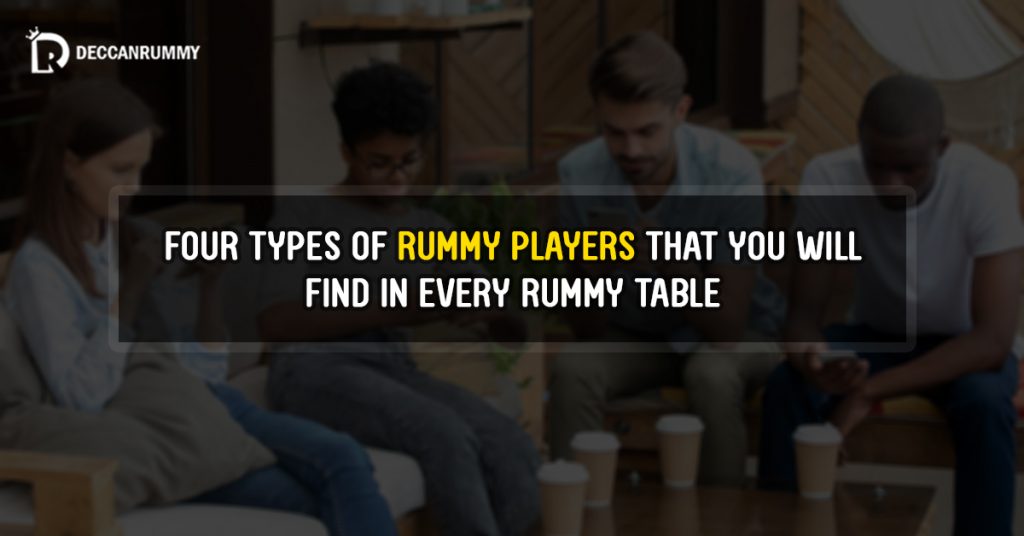 Four types of players in a rummy table

Just like the Hulk, he is always angry like someone set their backs on fire. There’s an element of urgency in their moves. These kinds of personalities are mostly neurotic and are prone to commit errors. He can’t handle defeats, throws a tantrum every time he loses. Even during a winning streak, he is aggressive so his winning streak is cut short. If you outmaneuver him with his skills, he will explode. If you catch his attempts to fox you, there will be a hilarious meltdown. These players add a touch of excitement to the rummy scene.

These are types of players who are in for more giggles and excitement. While other players play the game as they love the thrill of a win, these casual gamers are in for an experience! They are generally adventure freaks who dabble in a variety of rummy table. He is not the one who’s afraid of taking risks. These players are capable of pulling surprises. Do not underestimate them. Be careful when you spot one!

These are the guys for whom rummy runs in their bloodstreams. They’ve probably excelled in the offline rummy version too before coming into the online stream. They have multiple rummy tricks in their arsenal and can quickly get the better of you within seconds. He is quite confident about the game and can win from any moment. He/she is what people fondly refer to as rummy sharks. If you’re in a table with a shark, then it’s quite obvious that you will have to spring a surprise or two to outplay them.

These are the games who are overzealous and punch above their weights so many times. Despite enduring losses, they wouldn’t back off from the rummy table. Rather than working on the skills, they would be more focussed on showing off. They express their disdain for opponents and think they are not really as talented as them. But in reality, they are prone to lose every time they hit the table

While playing rummy online, you may have come across thousands of players who fall into one of the categories mentioned above. Do let us know if you know of any other personality that you might have encountered in the past!