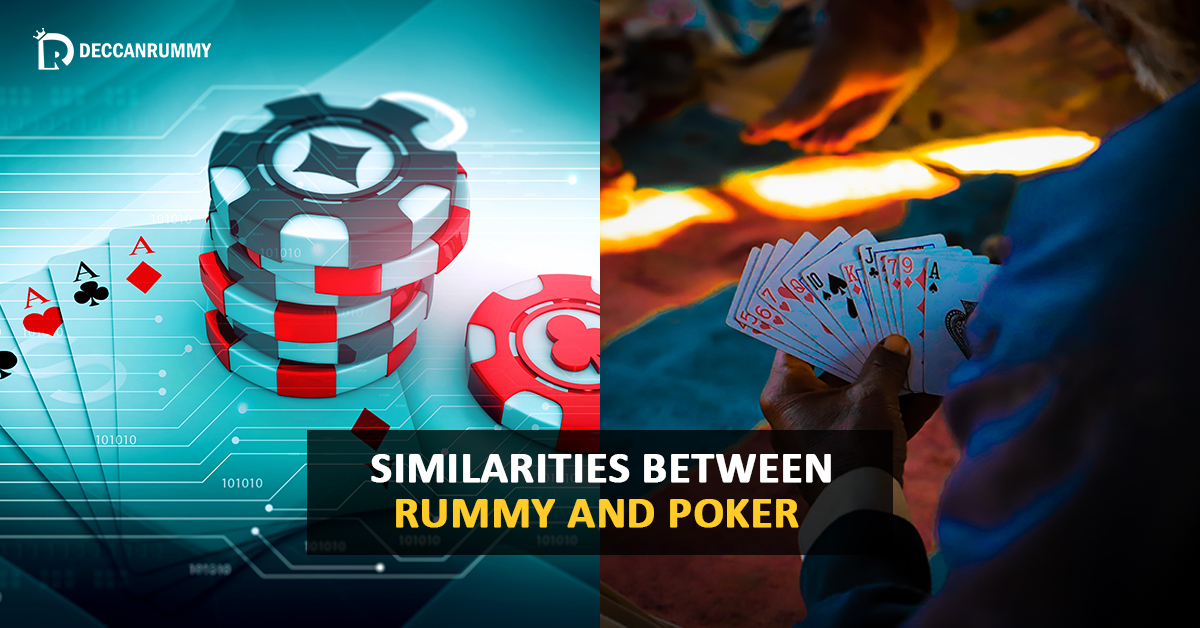 Indian Rummy and poker are the two most popular card games in India. As they are easily accessible on the web and through mobile apps, their popularity has skyrocketed in recent years. According to a recent survey, both these games contribute to more than 50% of the revenue segment in the Indian online real money gaming scene. Apart from being entertaining to the core, both these games offer plenty of earning potentials for the users. It’s the primary reason why people flock to online poker and online rummy websites.

As per industrial reports, nearly more than 50 million people enjoy card games like Indian rummy, poker, and teen Patti through several online websites. Unlike other real money games which are struggling to earn people’s trust, people show little reluctance to spend on rummy and poker. It displays the trust and popularity of both these games among the Indian gaming community.

When it comes to rummy and poker, you can find many similarities between the card games. While 13 card rummy involves drawing and discarding cards with an objective to meld them, poker involves arranging cards based on poker rankings. Both these card games are enjoyed by millions of card game enthusiasts all around the world. People play rummy online with the intention to feel the thrill of the game and also earn a money-making opportunity.  Mentioned below are a set of similarities between these both loved card games.

Similarities between poker and rummy

1. Poker and 13 card Rummy are heavily skill-based card games. Both the games require patience, analytical skills, logical skills, and focus to be successful. Both poker and rummy have some set of rules and strategies that you have to religiously follow to earn a winning chance.

2. Both poker and rummy require dealers to shuffle and reshuffle during each round and the dealer initiates the game. Additionally, in the offline version of both the games, the dealer has to keep track of the pot amount

3. In a 13 card game, you have to arrange the 13 cards dealt into proper sets and sequences, whereas in a poker game, you need to come up with the best five-card hand according to the hand ranking chart. However, the ranking or value in both the game’s melds vary from each other

4. Both the games require you to show the hand to determine the winner. Also, players have a chance to fold their hands during any stage of these games

6. Though both these games are based on skills, an element of chance plays a tiny role in these games. For example, if you get a good starting hand which is completely random, your chances of winning are high

7. Both Rummy and Poker are available in individual table games as well as tournaments. During a tournament, gaming action happens across multiple tables, and as players get eliminated, the tables are merged and the action continues till the last table with 6 players