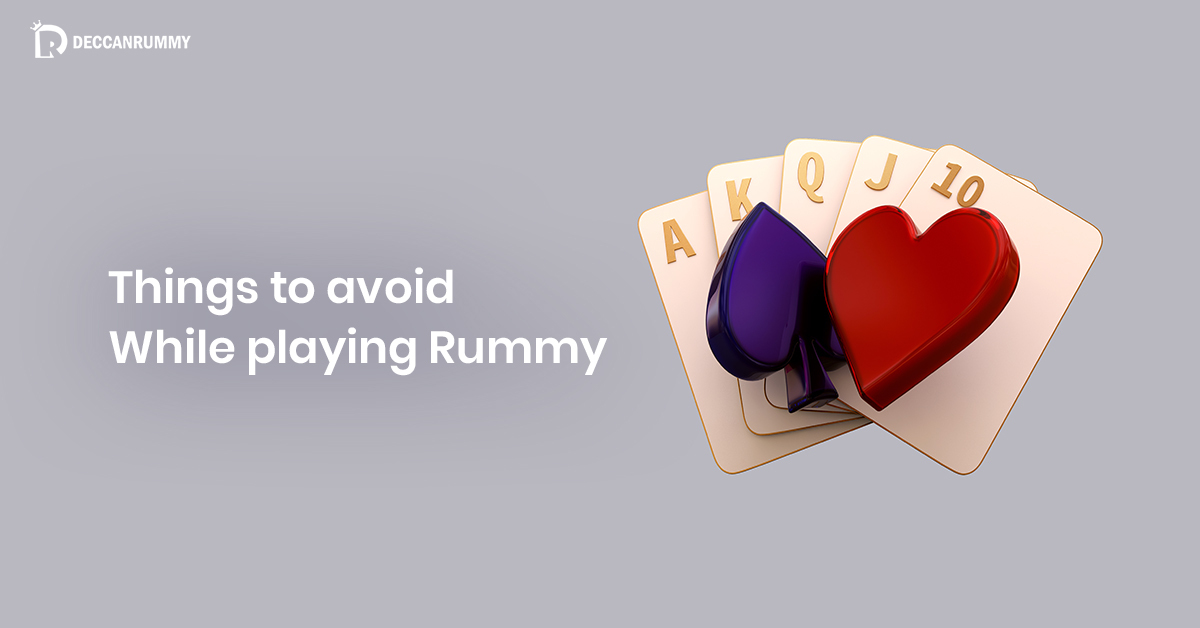 For those who have played the 13-card Indian Rummy, it is a perfect skill game to test an individual’s smartness. It is a real fact that people have to play with proper rummy strategy to survive here. Even a small mistake can cause a huge loss. A game’s result is dependent on moves played by each of the players at the table. Making sequences and sets to declare the game would sound easy from the outside but the task demands huge efforts from the behind.

There are several mistakes for which people lose the game; we have detailed them below for reference,

With the cards available in just 2 colours, people tend to get confused about the suits.  There are players who do not take sorting as an important factor in online rummy. Using the sort button, people can easily sort the cards in order of colour and suits. It gets the players a clear perception of the cards dealt. Taking things for granted can turn to be a huge mistake.

The basic quality in a rummy player is to have good knowledge of the rummy rules. There are a lot of rummy variants in the online platform, and the differences within them are very few hence people get to get confused about the game format and the rules. Sometimes people play with different rules in mind and get to lose the game.

The game demands a lot of focus and concentration on the table. Not just on your cards but also on the cards picked and discarded by your opponents. Due to lack of focus, you could lose your turn or could miss out on the much-needed card or sometimes even discard the joker cards. Thus, to be a successful rummy player one must have better concentration and focus.

Rather than playing for wins, a player must focus on playing the smart way. Many go wrong in this scenario, there’s a lot of players getting tempted to take a risk and also result in losses. Things must be calculative in rummy, taking risks is acceptable up to one extend. One has to discard the unnecessary high-value cards as soon as possible in order to escape from huge losses.