One of the foremost hobbies of Indians has been playing card games. Be it festivals, family get-togethers or any happy occasions, Indians have made it a custom to play card games. The festivities are incomplete without a healthy dose of card games. Games like Rummy, Teen Patti have been popular Indian card games for generations. Do you remember the rummy parties that were popular once upon a time? Even in this digital age, games like 13 card rummy have not relevance and continues to enthrall us in the form of online rummy.

Like Rummy, there are quite a few card games that have been popular among the Indian audience. Most of us enjoyed these games at some point in our lives. In this post, we shall have a look at 3 popular card games that were popular in the yesteryear. This will certainly stroke a sense of nostalgia within you! 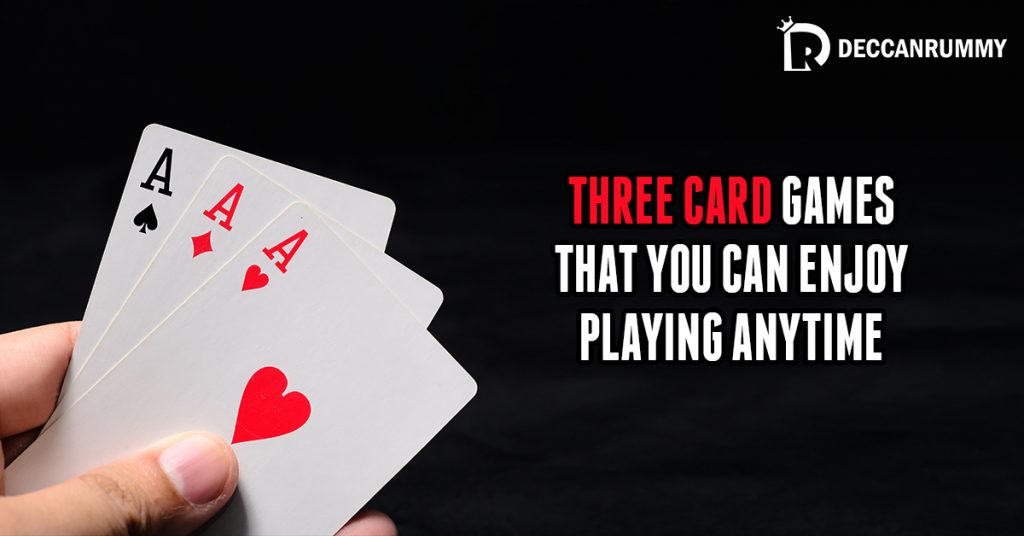 Unlike a lot of card games where a limited number of people can only enjoy the game. There are no such restrictions. In this game, except joker, all cards are dealt with players whoever is in the table. The ace card is the highest in this game.

The players who received Ace of spade has to start the game. The other players have to drop a card in the same suit. In the event, they don’t have a card in the same suit which you dropped, they can drop a card from another suit. The player who dropped the highest card in that round has to take all the cards. The game happens over a number of the round until one player ends up with all the cards and he finishes as the donkey.

Bluff is yet another card game that has been very popular in India for long. There are no jokers in this game. A deck of cards is used and cards are equally distributed among the players. Players can throw up to 4 cards and claim it as a set. If the opponent suspects the claim, he/she can challenge the player to reveal the cards. If the claim turns true, the opponent has to take all the cards accumulated till then. On the other hand, If the claim turns false and the player is exposed, then he/she must take all the cards accumulated. The objective is to get rid of all the cards.

A lot of people confuse this game with Teenpatti. 3-6 Players usually play this game. Every player is given 6 cards. Without having a look at them he/she has to arrange in 3 combinations – 3, 2, 1. Without having a look, you have to take a guess and declare to others as which are the best cards to complete the sequence. The player with the best set wins the game.

There are so many card games other than these, but only a few are favorites though! Why do you think card games are so very popular among the masses? It’s because of its uniqueness. It stimulates our brains and increases our mental ability. The game is super-fun when you play it in a group. The more people you have, the more fun! Aren’t reaching out for that deck that’s been lying on the shelf idly for long?