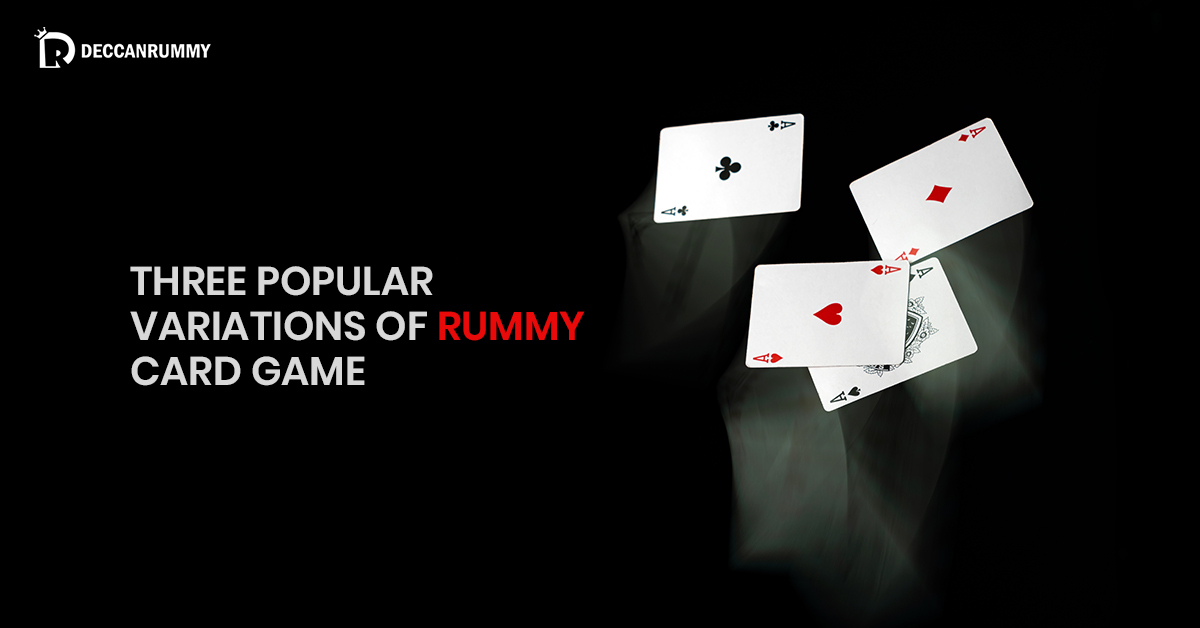 Rummy is one of the top card games played till date. There are different forms of rummy games played across countries. People have their choice in playing the game. We are not talking about Points, Pool and Deals Rummy. These three games are variants of 13-card Indian Rummy. Technology has grown to the extent that using the Online Mobile Rummy app; one can play rummy games from anywhere and anytime. Now let’s discuss about some of the popular variants of Rummy,

The Shanghai rummy is believed to have originated from China. This form is simple and also similar to contract Rummy. The game is played between 2 or 4 players with 2 decks of cards. Each player will receive 11 cards. There’s an option for players to discard a card that is not useful to them and can pick a card from the pile even if it isn’t the individual’s turn. This feature is called Buying. During every round, a player can pick only 2 cards. Yes, this form also has a trump card. Yes, joker cards are there in the game. Joker cards can be used only in a 3 card set or a 4 card sequence. There are 10 deals in the game format. The player finishing first wins the game.

Gin Rummy is one of the most popular forms of rummy variant played at the global level. There have been many games derived from Gin Rummy. It is played with 2 players with a deck of cards. Every player is dealt with 10 cards. The objective of players at Gin rummy tables is to make sets and sequences. Ace in the deck holds one point; hence the sequence of Ace, King and Queen is not valid in Gin rummy. After dealing the cards, the first 21 cards are placed facing up to make the discard pile, whereas the rest are faced down and made the “Stock”.

Also called Indian Rummy, the 13-card Indian Rummy is the most popular version in India. It is this form of Rummy played in the Deccan Rummy. In this Rummy, the player has to make a sequence and sets to win the game. 13 cards are dealt to each player. Ace in this format can be used as both 1 and as a high-value card. Play cash games, rummy tournaments and rummy leaderboard at Deccan Rummy and start earning real cash.