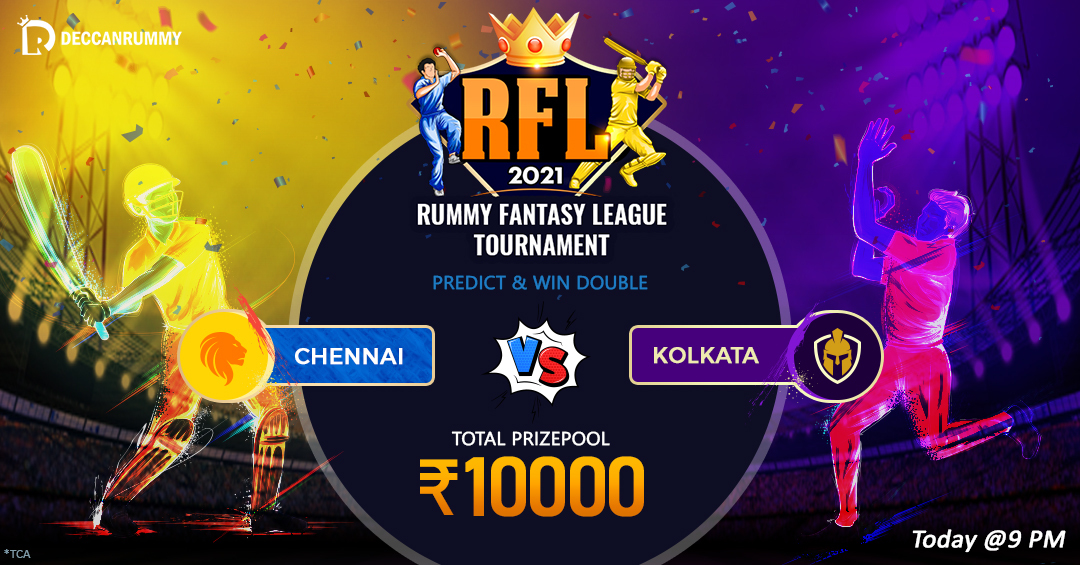 Mahendra Singh Dhoni-led Chennai side would be looking to lift the prestigious t20 league cup for the fourth time when they clash against a young and confident Kolkata side. For Chennai, this tournament has fairly been a smooth ride. Having finished second last in the last edition, the Chennai side proved that they are not mere pushovers anymore. Sailing smoothly till the final, the three-time champions delivered some amazing performances during this edition.

For Chennai, their young opener Ruturaj Gaikwad has been a revelation. The young lad never failed to impress in any of the chances and has rescued his team from crunch situations multiple times. Boasting the likes of veterans like Faf du Plessis, Robin Uthappa, Mahendra Singh Dhoni, and Ravindra Jadeja, the Chennai batting unit looks strong. Moeen Ali and Dwayne Bravo are genuine match-winning allrounders who can bring their top game at any moment. On the bowling front, Josh Hazlewood and Shardul Thakur have been very impressive.

Kolkata’s journey to the final has been quite remarkable. After having suffered a spate of losses during the first leg of the tournament, their turnaround during the second leg has been spectacular. Batting Sensation Venkatesh Iyer has been their man Friday during this edition with good performance from Shubman Gill and Nitish Rana as a backup. Through Eoin Morgan’s poor form is a spot of bother, his astute captaincy seems to make up for it. Kolkata’s bowling unit comprising the likes of Lockie Ferguson, Varun, and Sunil Narine have been exceptional during this edition. Being an underdog helps in big games and Kolkata will look to end their run on a high with a clean victory against tournament favourite Chennai.

All said we are in for a cricketing treat. Just like how the cricket season is concluding, today is also the last day for our RFL 2021 and Rummy Leaderboard Bonanza. With big rewards up for grabs, it’s time to level your game up for one last time and grab those awesome giveaways Be sure to be among the winners and earn a tag for yourself in the Indian rummy community.