The mobile gaming industry has evolved to be a gigantic force because of the veritable demand/supply theory. Be it on Android or iOS platform, mobile gamers are pushing the boundaries to provide an exhilarating gaming experience on mobiles.  There is something in mobile games these days that everyone will marvel at. 2016 played host to some of the most exciting mobile games in the history of the gaming industry.  From action games, and brain teasing puzzles to solid strategy games, the games that came out this year exceeded our expectations.

According to a report by Super Data Research, Gaming industry generated $91 billion worldwide in 2016. The mobile game segment was the largest at $41 billion. Gamers across the globe were the real winners of this explosive growth.  This was the year of mobile games that really wowed us.  In this article, we have given some top mobile games of 2016 that created an indelible impact. 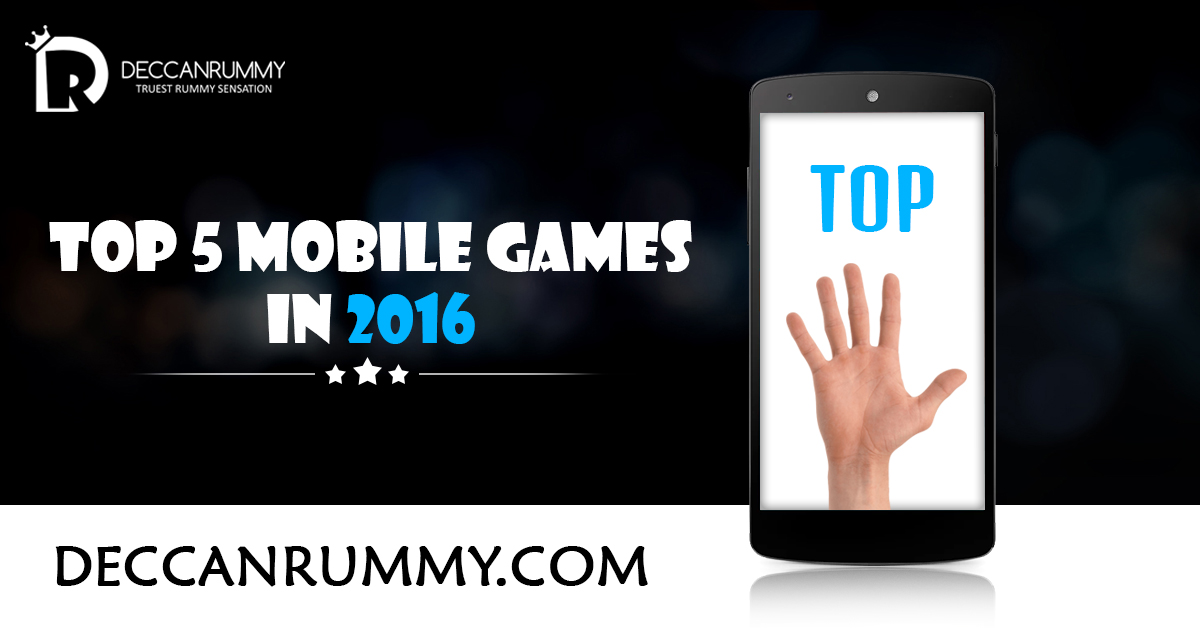 Pokemon go is derived from the famous Pokemon characters that originally came as cartoon characters. This game received the best mobile games award for this year because of its immense popularity. The main reason it created quite a stir within the gaming community was because of its influence in bringing together the animated world and the Real Word environment through Augmented Reality. The concept of this game is to find Pokémon characters that are hidden in your real world by moving yourself towards the Pokémon hidden somewhere in your real environment. For example, if you get into the augmented reality landscape of the game you might find the Pokemon at your favorite Restaurant near your home or even near the coffee shop at your office. Google awarded Pokémon GO the title of Best Game 2016.

Super Mario run is the latest version of Mario video game. This version is similar to the video game version that many of us used to play in our childhood days. The game was launched for iOS users in Dec 2016. After a 99-day exclusivity period with APPle, the game was launched for Android this year March. The objective of the game is to rescue the abducted Princess Peach from Bowser’s clutches. You will have to travel through several plains, caverns, ghost houses, airships, castles, and more to achieve your mission. Unlike the traditional Mario game, you don’t get to control the speed or direction of Mario’s movement, you tap the screen to jump. If you hold after tapping, Mario jumps a little higher. On many layers, the game takes us into a nostalgic trip. If you are one who doesn’t mind playing a game that can be described as a throwback to the bygone era, then this one’s for you.

Mini metro is a puzzle type game developed by Dinosaur Polo club. This game involves building transit rail networks for a rapidly growing city. Each node is represented in different shapes and colors. The game uses simple geometry to replicate the appearance of modern transit maps. This game has won the best debut game in the12th British Academy games awards and also in the Annual game developers choice awards for the year 2016. If you’re someone who’s interested in building things from the scratch, then do not miss this spectacular game.

The Banner saga is a sequel to the game “The Banner Saga”. It has been developed by Independent games developer Versus Evil. The game is set in a Norse world, with Vikings, myths, and legends abound.  You will have to marshal the Viking clans to defend the land that is on the brink of collapse. The fight continues with an epic journey towards the human Capital where you will meet your allies and friends those who join hands to bring back the world to balance from its chaos. Your role is to make allies and embark on the journey till you reach the human capital and stop the chaos.

This game is an arena fight between different players from the world using the characters from the creators of Clash of clans. Clash Royale pits players against each other in live multiplayer battles. Simple mistakes can cost you the game. Given the static arena, players have more time to develop tactics and strategies than what was present with the previous version. The objective is the lead the clash royale family to victory. You must knock the enemy King and Princesses from their towers to defeat your opponents and win Trophies in the Arena.

This has been one hell of a year for mobile games. If we had to pick one among this elite list, then we’ve got to give it to Pokemon go. It was so special because it allowed us to carry our childhood dream of strolling our neighbourhood catching Pikachu and other monsters. Let us know in the event you find any other games developed this year that caught your attention in the comments section.

In India, Deccan Rummy created a buzz among the rummy community by launching its mobile counterpart. Now play rummy whenever you feel like by downloading our mobile app for Android/iOS platform for free.