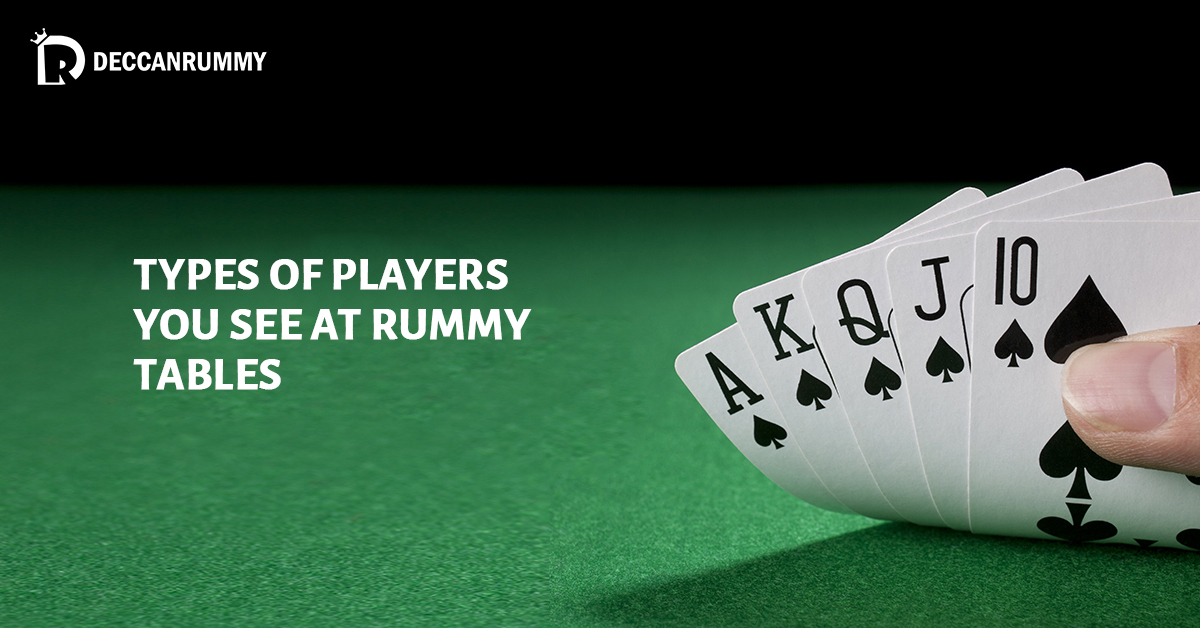 Online rummy tables are vibrant, colourful and energetic places. The minute you step into one, you will instinctively be drawn into the action. New gamers may be mesmerized by all the colours, software functionality, and speediness of the game. No doubt most of us would have played rummy at some point of time in our lives. However, the dynamics of online rummy is entirely different from the offline version. It is not uncommon to be fascinated or even overwhelmed by its settings.

The Indian rummy game which people play as a hobby also gives you a platform to socialize. Most people get amused by the different types of people they meet at rummy tables. The online rummy crowd can be really diverse. Here is a list of people you are bound to meet while playing online rummy.

Casual gamers usually belong to the age group of 20-30. They might be already working in an office and play mainly as a hobby. You can spot them randomly on cash tables at times and also during tournaments. As the game is just a hobby for these kinds of players, they mainly concentrate on freeroll games. They do not spend much time on cash tables. They do not have much mastery over rummy rules nor expertise in rummy strategies. At times, they do not even visit the site for months

New people keep coming all the time on our platform. As they learn about the game and the earning potential through social media and display advertisements, they really want to give it a try. In the beginning, they do appear overenthusiastic, people already familiar with the game may even win a couple of games. However, since they are overzealous, they are bound to commit certain mistakes. You should count yourself lucky if you find one on your table

Normally, certain people are aggressive by nature. They do not think much while embarking on a task. They believe their instincts and go all-in. However, rummy is not such a game. It requires your complete focus, clear thought process, and strategic analysis. Aggressive gamers tend to lose quite often as the losses they endure create negative energy. Unless, they change their thought process and learn to exercise patience, endurance, and other skills required for rummy, there’s not much hope

These are the type of players who always wanted to try out online rummy and now have the money. Some among them may get lucky the first time they hit the tables. This may due to luck or their prior familiarity with the game. No matter what, there’s nothing earth-shattering about a newbie getting lucky in his first attempt.

People will solid experience in rummy is referred to as veterans. These are players who you can never rule out. Given their experience and grasp of rummy, they can always come back even when the odds are completely stacked against them. Usually, this category of gamers emerges on top during special rummy tournaments and leaderboard contests.  Unlike the rest of the players, they are not easy to spot, just like how a shark decimates its opponents; they surprise their opponents and attack and conquer rummy tables.