It is 27th of May 2020, thinking what is so special about the date? It’s not just about a single day; it’s about the whole week. We are nearing the end of summer, Summer 2020 is not the usual one. All major countries have been affected by coronavirus breakdown. India is also one among them. We have had many people affected by the virus, and at the same time, we have had a better recovery rate than others. There have been many positive things happening around in the country.

Especially in the online gaming industry! The industry is seeing a great peak in records as the lockdown is tempting people to move towards online gaming. Every game and the gaming firm is getting better; it is fair to say it has got better during this lockdown. Gaming firms are bringing out the best promotional events in the game. 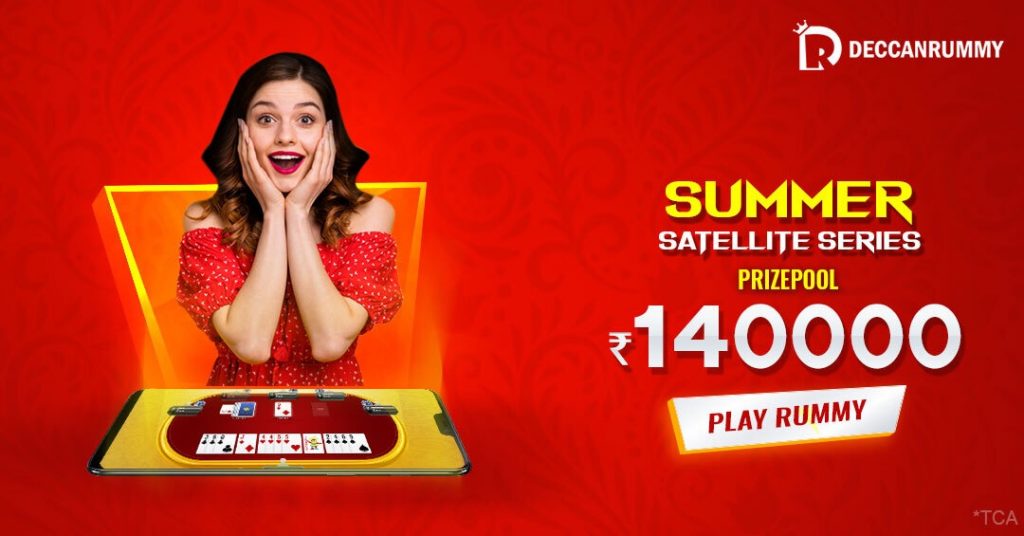 The tourney runs for 6 days starting from May 25 to May 30 carrying a prize pool worth 1Lakh. The entire prize pool is split into parts and given at the end of day’s play during the tournament. The tournament has 3 different levels of competition—namely, satellites, qualifiers and grand finale. The satellites rounds are conducted for 3 days from May 25 to May 27. The qualifiers are conducted for 2 days (May 28 & May 29) whereas the grand finale is on May 30.

Two of the 3 satellites stage has been completed in the past 2 days. There has been a rousing reception among the rummy enthusiasts in the country. The seats got filled within few hours on both days. Speaking to Mr.Manjunath, Head of Marketing, Deccan Games, about the tournament he said,“ The summer satellite series tournament has come live for the very first time. On the very first appearance, the tournament has attracted many gamers towards it. We are overwhelmed by the response, and this motivates us to bring up many new promotions. We look to serve quality Rummy gaming experience to our players.”

One of the biggest plus points of the tournament is the entry scenario. The usual scenario of joining a tourney is to play from the very first round and progress to the finale to win the prize pool. But it is completely different here. One can join the tourney even on the last day, i.e., players can play only the finale round and get rewarded with the prize pool allocated for the finale. At the end of the day during the tourney course, the top contenders would win free tickets to play the next level of competition. A player can also play the higher stages of the competition, by making the required buy-in deposits.

Proceed to the rummy promotions page in Deccan Rummy to know further about the tourney and many other citing promotions available.