Deccan Rummy is hosting different variants of Indian Rummy in its website. There are millions playing the game and filling their wallets by winning real cash. There is a wide range of tables available in each variant, with either 2, 4, or 6 players to compete with 2 deck of cards. The matches are available all day, that’s the biggest advantage of playing online Rummy over the traditional offline setup. 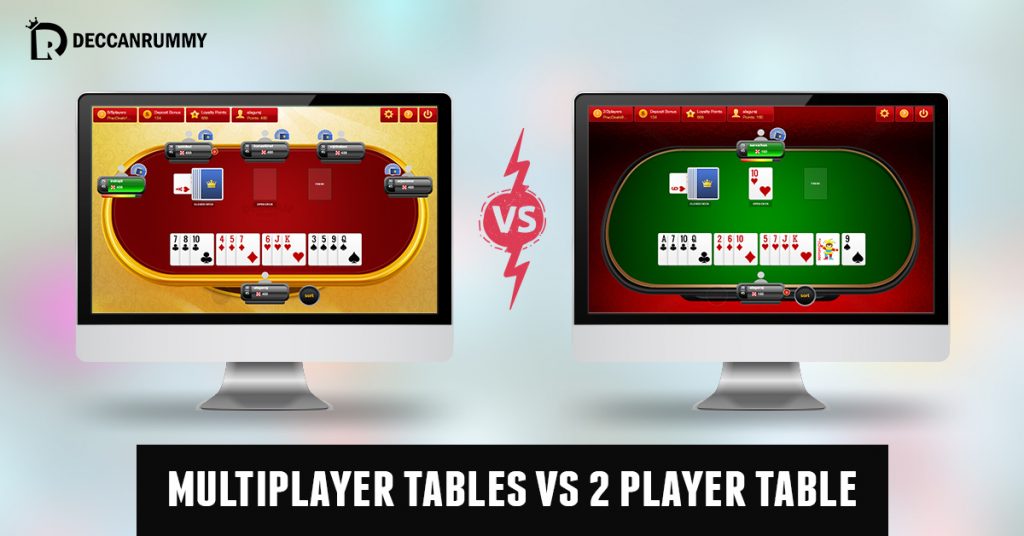 The availability of different table values are a motivation to a rummy player’s career and also makes the game interesting and exciting.

Want to how it feels playing rummy games with different number of players consistently? Here’s your blog to read.

Think about this situation, when you are sitting in a table with four players, and all of a sudden two more players join the table. Two thoughts run through the player’s mind process. One, they feel how they are going to face the opponents, and two, the thrill they are going to experience at the table. Your mind turns too much calculative on the table. It is practically known fact is to play with minimum players to keep your adrenaline pumped up.

When you play with your friends and family at home, there wouldn’t be any kind of time rules, and professionalism isn’t 100% there. Whereas in the online platform, there is a time frame mentioned in the rules. You feel the game quicker, which species up your table.

When you play with four or more players, you gotta think on your game for quite a long period. You have got a lot of time about your rummy strategies. But when there are only 2 in the table, the clock gets ticking.

The obvious reason a major part of players plays is to earn real money. Usually, during tournaments, prizes are shared after the last round. The prize pool looks huge in lakhs and crores. The winning amount gets shared among the top rankers. That’s when the number of players in the table would affect the prize distribution. When only two get seated, the individual prize portion is greater than when distributed when more than two players get seated.

Players would choose their tables based on their level of gaming. A newcomer would pop in to choose a multiplayer table; this will sharpen their rummy skills. As time progresses, players would opt to play two-player tables. These tables are a test for your rummy skills and strategies. The competition is better and so much challenging.