Rummy is a group of matching cards where you will have to group cards based on a sequence of the same suit or a set from the same rank. The game has enjoyed massive popularity in India for years. From festivals to clubs, the game has been a omnipresent feature deeply embedded in to the indian culture and psyche. 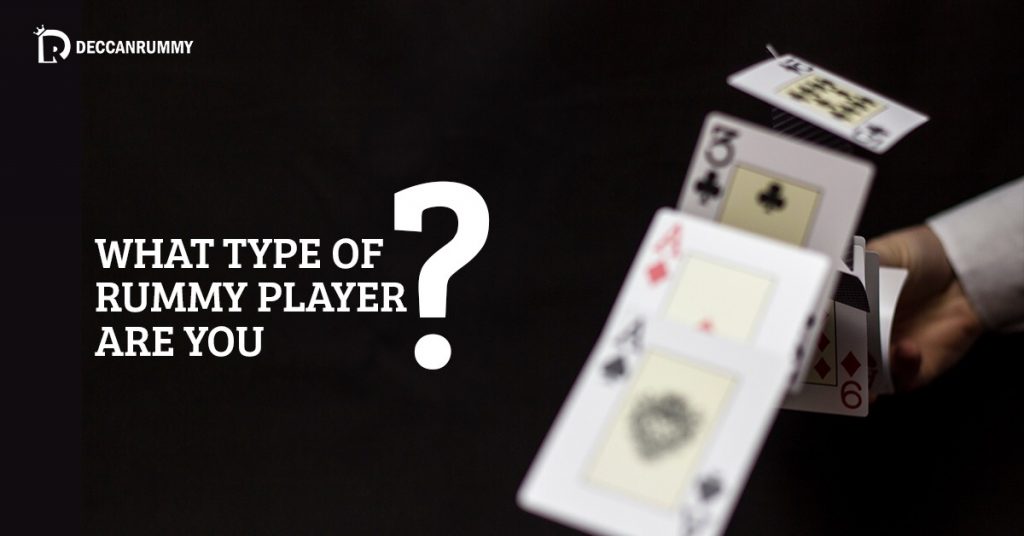 The arrival of online rummy has catapulted the game to bigger leagues. The game which was largely played indoors with a closed-knit community is now available on a grand scale with a wider audience. Naturally, as the game evolved, the competition grew immensely. Just like every other game, you will find different set of players in rummy with distinct traits. This can be observed from the gaming styles.

Even though you cannot really see the person who’s at the other end playing at against you in online rummy, you can however gauge what type of a player he or she is based on observing their playing style. Once, you identify what type of a player you are dealing with, it becomes easier for you to tackle them with your strategies.

From our broad experience, rummy players can be categorized under any of these sections

These are players who join the rummy platform without any prior experience in the game. Though we are used to the game for years, getting adjusted to the online gaming ecosystem needs some practice. Most of us would have been in this stage. We start as novices, typically knowing little to nothing about the gaming controls and mechanics. With experience, we progress. These types of players are typically a bit neurotic. They are more prone to committing silly mistakes which can be observed from their playing style. If the gamer is serious, then he’/she can progress within matter of days

These are players who have the heart of iron. They almost never drop a game even if they don’t find an opportunity to win. They are always on to your jugular with their aggression. Because of their over-the-top aggression, they are bound to commit a lot of mistakes. Typically, they make their moves quickly without much forethought. Though they can be a formidable foe on tables, you can always count on them to make mistakes in the vein of their aggression.

These are gamers who typically play freeroll tournaments or an occasional cash game. They don’t show up very often though they may be experts in the game. You cannot rule them out of contention as we are able to observe their gaming only on occasions few and a far inbetween. Typically, they have a laidback approach to their gaming and a win or loss do not deter them much.

They are not just dangerous, typically they can crush you within few moves. These players have vast rummy experience behind their backs and are expert strategists. They may be quiet and unassuming off the field, but on it they become talisman. They are extremely wary and ingenious in gaming. The veterans calculate the odds of winning and play their hand only when there’s a chance to meet the objective.

Rummy game demands high levels of concentration and cognitive skills. The concept of bluff is an intriguing aspect of the game. Bluff denotes tricking the opponent to drop the cards you need. In a rummy game, you can come across lots of bluff masters. They trick other players into thinking that they are about to finish the game. In this pretext, they make their opponents to fold. You can identify such players only after a certain time in online rummy. Once, you have the experience to identify the bluff master, ensure you do not fall for their bluff and fold.

These are the type of players that you can come across while playing.  Based on your playing style and experience, you can decide under which of these four categories you belong. Download Rummy Mobile app and put the knowledge you just learnt into test.