13 card Rummy is one of the most widely enjoyed game in India. Millions of rummy players play the game every day. Thousands of users sign up everyday in various online rummy platforms. Apart from the fun and thrilling game play, prize money is the primary factor that attracts millions of players. No other game apart from rummy offers this much monetary rewards. Anyone can enjoy the game without any hassles. All you is a smartphone or a PC/Laptop to enjoy the game. The game can be either enjoyed online or downloaded on your PCs and Mobiles as rummy apps. 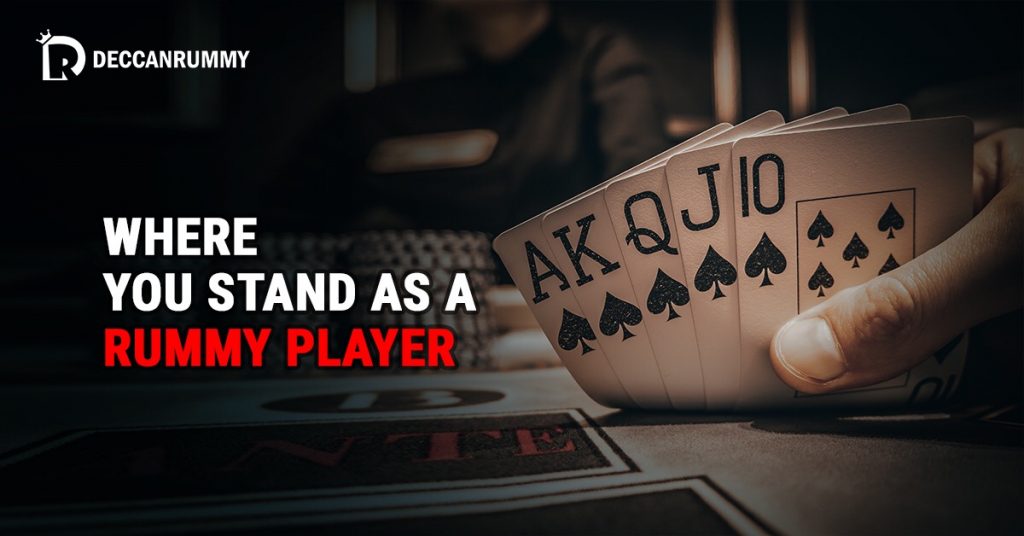 Different types of players enjoy the game. As a rummy player, it’s good to know where you stand as every set of players have different characteristics. Once you understand what level you are in, playing rummy becomes a lot more fun. In this post, we will see the types of rummy players.

People who are just new to the game are generally referred as beginners or novices. They have limited knowledge in the game and generally display a eagerness to understand the game better. They are easily identified by their struggling game play.

A few among them transition to the next level and others just drop after a few attempts. Nobody becomes an expert in a field overnight. Everyone goes through these stages and being a novice is a no-shame after all.

Players who have been in the game for few days but yet to catch a big breakthrough fall in this category. Though, they earnestly give their 100% into the game, somehow they are not able to make it big. Persisting is one quality admirable about them. As they keep digging in, they will eventually find gold one day.

These are real passionate players of the game. What they lack in skills, they try to compensate with their aggression. These are types of players who almost never drop a game however bad their hand cards turn out to be. With some fine tuning their skills and having better control over themselves, they can scale to the top quite easily.

Casual players are those types who play rummy only during tournaments or other special contests. They are in mainly for money and fun. A few casual gamers enchanted by the engrossing game play turn into regulars. However, the players who do not play the game regularly are unlikely to make it big in the rummy community as the game demands dedication and your utmost attention.

These are wizards who are exceptionally skilled at Rummy. Aside from mastering the rummy rules, they are essentially bluff masters. They can trick any player to their advantage. They have a cold and calculated approach to the game and have the ability to goad their opponents to drop the cards. People do not dare to take risk and play the game assiduously. They know when to drop and when to play and often end up on the winning side. Rummy experts often prey on the above mentioned category of players as they are quite meticulous in their moves.  It takes years to scale up to their level.