The big finale of the much revered Avengers film series from Marvel Cinematic Universe has just released. The expectation for the movie has been huge from the day shooting commenced as the movie was pipped to be the final movie in the Avengers franchise. Fans have been anxiously waiting for the movie for months now. They really want to know how the remaining superheroes are going to overpower the ultimate destroyer Thanos who wiped out nearly half off the universe including several Marvel iconic characters in the last franchise with a snap.

No other film in the recent memory garnered this much attention before its release. Avengers: Endgame is the pinnacle of one of the most popular and lucrative franchises from MCU. The film marks the culmination of a series of 22 superhero films from MCU. 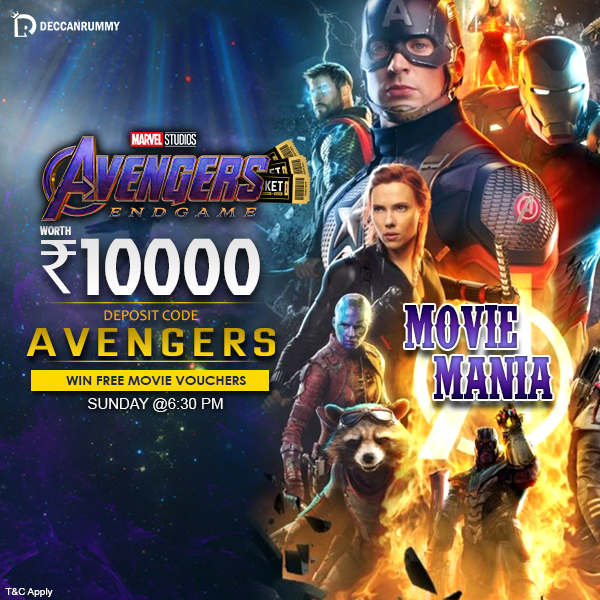 The film features an ensemble cast of nearly every superhero from the Marvel comic book house. Ever since MCU’s debut flick Iron Man released, the Hollywood filmmaking style has been completely transformed reshaping business strategies and methods of promotion. Whether it was Iron Man Robert Downer Jr’s effortless acting and swag, Captain America Chris Evans’ calm demeanor, Thor Chris Hemsworth’s subtle humor, Hulk Marc Ruffalo’s anger – we’ve seen it up close over the years and it has become a part of our lives.

As expected, Avengers Endgame opened enormously all over the world with a record Rs. 1186 crore worldwide. The final Avenger opened astronomically in North America with a record $60 Million in preview shows. Critics and the public are raving about the movie. People were also so emotionally invested in the movie as this is the last time they are going to see their favorite superheroes for one last time.

If you are a Marvel fan, there are plenty of chances you are going to walk out after having an emotional and exciting ride that you have never ever seen before. We are not revealing any spoilers to you. We strongly believe in #DontSpoiltheEndgame. But we are giving you a wonderful opportunity to watch this Visual delight at the theatre of your choice.

Participate in our Avengers: Movie Mania rummy tournament tomorrow at Endgame at 6:30 PM and grab movie vouchers worth Rs. 10000. Players have an option to play with the free ticket or play-in with a nominal buy-in of Rs. 50.

Want to know how to win free tickets for this tournament?

This is an exciting opportunity! Not only you get to watch a thrilling and emotional Superhero franchise but you get to do that after being a part of the equally exciting rummy tournament with a wide range of players. Do play & win this tournament to grab the vouchers! Enjoy the Avengers: Endgame!