Since the day our weekly leaderboard contest began, the craze for it has remained on an upswing. Apart from being fiercely competitive, the contest also attracted a lot of new players across the country. We saw a lot of new players participating in these contests putting their rummy skills on the line to claim their share of fortunes. Weekly leaderboard contest came as a welcome addition to the already impressive list of offers and promotions available at DeccanRummy. At the moment with the stunning giveaways, weekly leaderboard contests are one of the richest promotions available for rummy enthusiasts out there. Isn’t it amusing how playing a simple 13 card rummy game could help you win some of the most luxurious prizes available?

Contests and rummy tournaments hosted here at DeccanRummy have always resonated well with our audiences. This promotion is the result of hours of brainstorming to hold a contest that is beneficial for every player playing at DeccanRummy.com. It is understandable that not every player can afford to play high stakes games every time. So we decided to conduct this contest in three categories – Gold, Platinum, and Diamond so that every cash player has a chance to win some.

Dreams do come true on DeccanRummy and we wanted to ensure no deserving player should go empty-handed. Opportunities don’t often come along too often, so when something exciting comes by, one needs to grab it with both hands. This is exactly what Players at DeccanRummy did. They put their heart and soul into the game and reaped rich rewards for doing the same. What was so heartening about this contest was to see new players putting up a brave fight against the experience with the odds stacked against them, and yet finding the strength within to win. Of course, rummy bigwigs like techno1985 (New Year leaderboard winner) despite his busy schedule took time to play a couple of leaderboard contests and did win them.

We change the prizes every week so that the contest doesn’t become very monotonous. Also, customers do have a thing or two for the trending products. Why not we present them with what they want instead of beating around the bush with cliched and banal prizes. Not surprisingly, players welcomed this idea and put their full effort to win these prizes. Some of them were successful, some weren’t; it’s understandable as winning everytime in rummy is practically impossible. As to the players who won, Deccan Rummy expresses our heartiest congratulations to each and every player who won. For players who couldn’t make the cut till now, we would advise them not to give up. The weekly leaderboard contest is still wide open and everyone can compete to try their luck.

At this juncture, we would like to extend our warmest thanks to players who were kind enough to leave some feedback about the contest.  It is always pleasure to hear from players who start with nothing and work their way up to some big winnings. We always consider such players as our pillars of strength. DeccanRummy.com wishes you guys all the best in your future rummy endeavors and looks forward to seeing you guys many other tourneys and contests in the future. 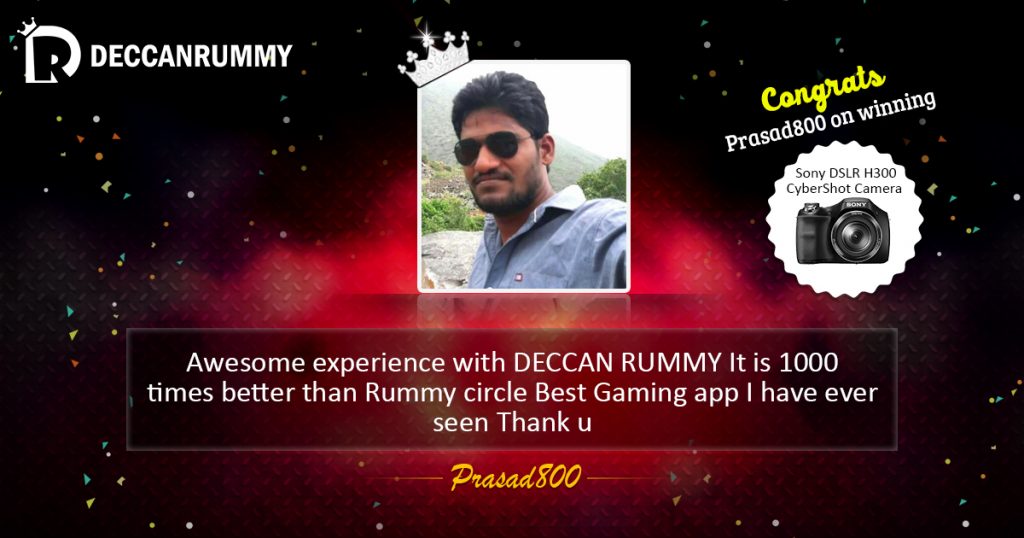 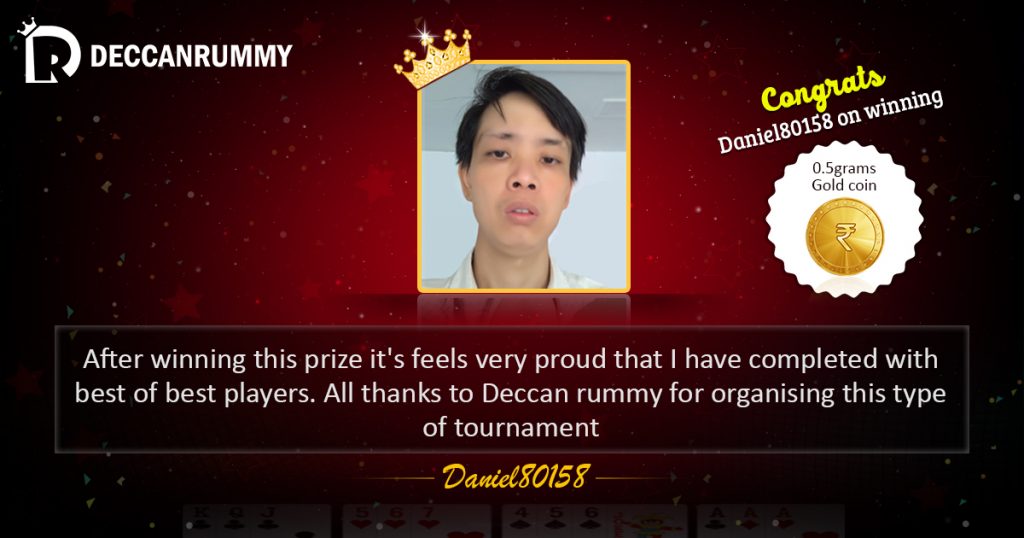 So what are you waiting for? Join the rummy action at Deccan Rummy and take a shot at the weekly leaderboard contest right away!